CoinPayments
Website
coinpayments.net
Our Rating
Users Rating
( No rating )
Rate this Company
Advertisement
Advertise with us

In our CoinPayments review you will know about features it provides, fees, as well as how to use the platform.

CoinPayments is a company launched in 2013 in Canada which processes payments with cryptocurrencies.

By implementing a number of plugins, APIs and POS interfaces, they enable merchants to accept Bitcoin and over 600 altcoins as payment for their products and services. Its network of vendors consists of 2,000,000 retailers which are spread across 182 countries around the world, making it the most inclusive multi-cryptocurrency platform on the market.

In addition to this, they also feature PoS (point of sale) terminals to accept in-person payments at physical stores.

The platform has reached popularity among store owners, both online and offline, which want to accept cryptos as payment in their business but prefer to simplify the process of accepting each crypto individually.

CoinPayments has a myriad of features for processing payments:

CoinPayments claims to have the most competitive prices on the market. Their fee structure is the following:

CoinPayments experienced in June 2017 a technical issue which conducted to the loss of a great amount of Ripple‘s users.

The company stated that this happened due to a bug in their hot wallet which other users of CoinPayments exploited to withdraw XRPs form other accounts on the platform. Huge amounts of Ripple were taken from unsuspecting user’s wallets. Only those that kept their XRP coins in vaults were spared from the attack.

“We would like to remind everyone that any coin stored for extended period should always be Vaulted.”– added CoinPaymentsto one of their memos.

The company acknowledged the issue and started working on fixing the matter and refund all the users that lost their XRP.

“We have done a full review of our systems and added additional checks and protections to make sure similar issues don’t occur in the future.”

Additional statements were made, and after 6 months since the hack, in December 2017, the company managed to refund all the affected users.

How to Use CoinPayments

After entering the CoinPayments website, register for an account by using your email ID and name. You will receive an email which will require to be confirmed, after which you must log in with your 2-FA authentication code.

In your account, you can explore the wallet section, create your $PayByName or use other features available in the ‘Merchant tool’ section.

With this we conclude our CoinPayments review, and it is worth to mention that it is a payment processor for cryptos which offers many features that are useful for merchants looking to expand their payment options.

Its only fault would be the security breach it suffered in 2017 which have caused many to mistrust the service and its security implementations.

What Is Xbit Project? Find Out in This Detailed Review
What really distinguishes a crypto casino platform? There are many out there that claim to be different or claim to have impl...
Published under:
Blockchain Reviews
Read More 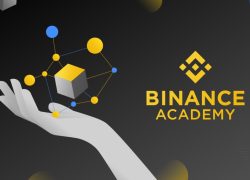 Binance Academy | Entirely Free Educational Portal with No Ads
The cryptocurrency space is full of misleading information, and it can get a bit confusing for new traders to invest in crypt...
Published under:
Blockchain Services
Company Review
( 1 rating )
Read More
We Recommend
Advertisement
Advertise with us
Project Reviews