Historical price movements, analysis of recent developments, and assessment of market opinion are the critical ingredients for making accurate Siacoin price prediction for August 2020. There has been significant activity in the second half of 2020, enough to show what the crypto has in-store for August.

Siacoin is an open-source project that aims to provide low-cost cloud storage solutions. The network will achieve this goal by providing encryption and distribution across its decentralized network of peers. It was launched five years ago and has received considerable attention for its reliability. SC token is the native currency of the network used by users to serve several functions on the platform. 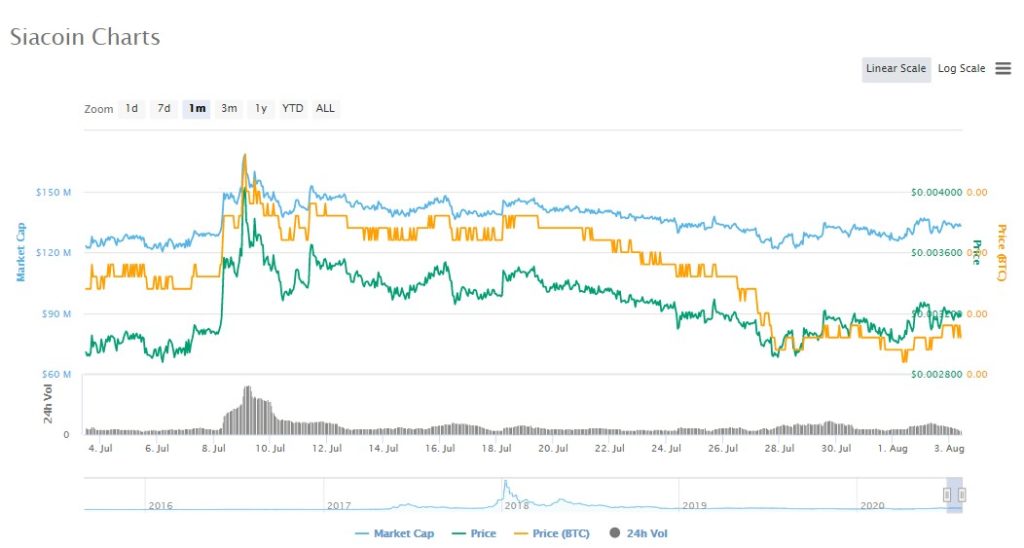 The momentum continued through 9th July, where a short-lived test of the 0.004 resistance level was made. This move was followed by a correcting that reset price back into the 0.0033 to $0.0036 range. Siacoin traded tightly in this range for the next few days before falling back below $0.0033 but maintaining the critical $0.003 support level on 16th July. By 27th July, SC had traded back and forth between $0.003 and $0.0036.

In February, Nebulous, the company building Sia’s decentralized cloud network, released Skynet, which is a decentralized CDN and file sharing platform. Application developers will use Skynet as a foundation for free internet because it enables high speed and low-cost internet and superior infrastructure for cloud storage. It will allow developers to integrate decentralized storage into their applications.

By June, Coinbase, the US-Based cryptocurrency exchange, expressed their consideration of supporting a list of assets that included Siacoin. However, to this day, there has been no communication about a final decision or a listing date. In the meantime, Siacoin has been getting busy planning an internet hackathon to create community-owned next-generation, decentralized applications.

Many forecasting websites have released Siacoin price predictions for August 2020. Here are some of the notable projections to help you gauge the market opinion.

WalletInvestor issued a daily Siacoin price prediction for the next 14 days of August. The site also provides possible highs and lows that could be traded at that time. By their projection, SC will not test $0.004 in August. The opening price for August is projected to be $0.00319, but the token could remain under the bearish hold to end the second week at $0.00313.

Cryptoground predicts Siacoin will break past the $0.003 support level to form a new low at $0.0020 by 3rd August. The 34.71% drop will be supported by another drop at 36.22% to end the first trading week of August above $0.002. The forecast does not expect a lot of activity for the coin, as the prices could remain in the same range to the end of August.

Gov.Capital sees SC trading at $0.00318 as the best possible price for the third day of August. The average price from 3rd August could be $0.00323, but a strong bear momentum could see prices tumbling down to $0.002 by the end of the month. The price prediction also has a fall past the $0.002 support line.

From the information reviewed above, a reasonable Siacoin price prediction for August 2020 would be a trading range of $0.002 and $0.004. This range should provide you with enough cover for wild price movements on significant developments. 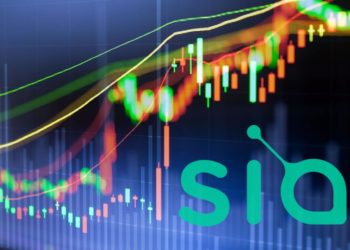 Looking at the historical price movements of Siacoin (SC) and other market analyses and opinions, we will be issuing our... 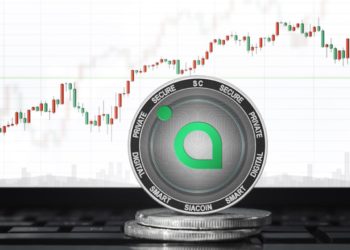 Based on the historical price behavior of Siacoin (SC) and other market analyses and opinions, we would like to give... 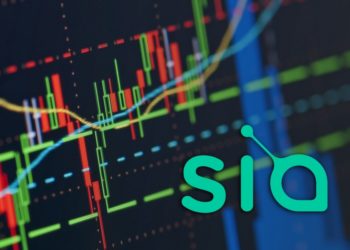 Siacoin (SC) Price Prediction and Analysis in May 2020

By looking at the historical price trends of SIA and several market opinions, we will try to present a Siacoin... 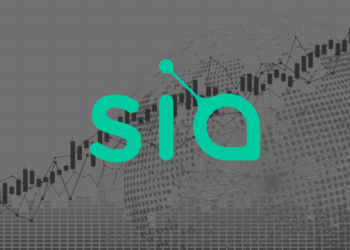 We will be looking into the past price trends of SIA and several market opinions in order to develop a... 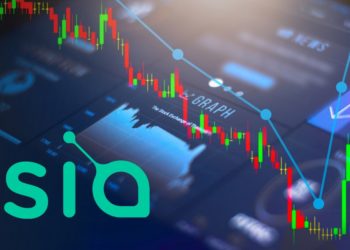 We will be analyzing the historical price trends of SIA and several market predictions in order to come up with...