By Erick S.
Reading Time
~ 3 minutes
Spread the Word
Advertisement
Advertise with us

Blockchain technology is one of the latest trends that has been accepted globally across a wide variety of industries. Its general impact has been considered vital in bridging the gaps that exist across these industries. Its sheer advantage of providing a safer, secure and private platform for making online transactions. However, considering its overall advantage over its impact across different sectors, there still lies a sense of disparity among consumers and governments with respect to its usage and implementation. One of the major reasons is because of the failure in understanding its intricacies and devising ways to effectively implement any system.

Here are a few trends which might define the Blockchain industry and allow it to get incorporated in a system in an efficient and accessible manner.

1) Increased regulation in implementation: Although many countries are still revising the criticisms around the implementation of this technology, there are still governments that have identified the positive prospects of this technology as well. However, government restrictions with respect to contracts and inter-departmental transactions would be imposed significantly to allow a safer and more secure way of making online transactions

2) Increased demand in the gaming industry: Internet gaming is one of the most sought after recreational sport today. With the rise in the online transactions conducted in the gaming sector, there has also been a significant interest in making such transactions possible in a secure manner. Bitcoin and Blockchain technology might come to the rescue in the near future

4) Integration of Blockchain services across sectors: Gone are the days when this technology was limited to a particular industry. Today, an increasing number of industries are trying to merge their Blockchain technologies in order to create a nexus of interoperability. This allows faster and more efficient use of this technology that benefits the users and provides easier workflow across sectors

5) A new currency: Stable coins are becoming the new fad in the Blockchain technology and related industries. One of the major attributes of stable coins is that its price is not dependent upon the stock prices and thus, is not variable based on the ebbs and flows of the stock market. Instead, its value is determined based upon the products and by fiat cash

6) Securing rights among involving parties: With the increased relevance to secure the rights of both the ends of the participating parties, ‘security tokens’ are slowly getting under demand. It helps investors securing their rights throughout the Initial Coin Offerings made in this process of transaction

Advertisement
Advertise with us
Read more articles related to this subject:
BlockchainBTCSponsored
Notice: The information in this article and the links provided are for general information purposes only and should not constitute any financial or investment advice. We advise you to do your own research or consult a professional before making financial decisions. Please acknowledge that we are not responsible for any loss caused by any information present on this website.
Continue Reading...

Featured
Persuasive Reasons for Switching to Cryptocurrency Trading
Exchanges that allow you to trade bitcoins for other assets, such as digital and fiat currencies, are known as cryptocurrency...
Published under:
Analysis
Read More 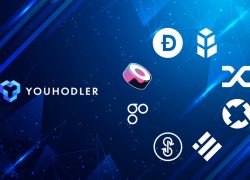