XRP has not had a smooth ride in the last few years, and 2021 is not an exception. Between december 2020 and now, it has moved down the ladder from the 3rd largest cryptocurrency to the 7th. This has been mainly because of the lawsuit against Ripple and its executives by the SEC. Nevertheless, the cryptocurrency has been quite resilient considering the situation.

Since the beginning of March, the market has not shown any clear direction but has been a battle between bulls and bears. There are few isolated massive buy or sell volumes indicating that price has no clear direction yet. The daily chart for XRP is showing an interesting pattern though.

Following the bad performance in early 2021, the price has recovered, and a Golden Cross occurred in February. This has been sustained up to this moment with the 50 MA safely above the 200 MA. This indicates a generally bullish long-term trend, that should make XRP quite attractive to buyers now.

The asset may be experiencing a sell off soon, although it is almost overpriced. The RSI, which is currently at over 60, indicates that it is approaching an overbought condition and could be getting ready for a pullback. This happens as traders and investors sell their holdings to take some profit. If you are trading XRP, the following are key support and resistance levels you should keep in mind when trading, according to Walletinvestor:

The battle between Ripple and the SEC is still ongoing with the Ripple team insisting that XRP is not a security. In a recent response filed by Ripple’s attorneys, the company requested that the case be dismissed, as no part of XRP’s sales suggested that it was bought as a security or an investment. Although the SEC has stood its ground, the pressure still seems to be mounting.

A group of XRP buyers led by an attorney John Deaton have also filed a petition asking the SEC to exempt XRP from the case as they did not buy it as a security. The group of XRP investors argue that no part of their investment contract suggests that the asset was bought as a security or an investment.

Meanwhile despite the ongoing case, XRP is looking good on the market and making good progress even against Bitcoin. The top cryptocurrency has taken a dive, while XRP continues to move up bit by bit.

If you are thinking of investing in XRP, you may be curious about what the future holds for the market. Well, below are opinions on what to expect for the market in April 2021 for XRP.

This website is also optimistic about XRP in April. According to their XRP price prediction, it will reach an average of $0.77. This will be driven mainly by more investors buying and a growing market cap which will translate into price.

Digitalcoinprice is also quite bullish concerning XRP performance. The website expects XRP to gain 35.77% in April. According to the XRP price prediction, this will take the price to an average of $0.71978226 for the month.

XRP is facing challenges alongside its mother company Ripple. However, it is clearly pushing upwards despite the challenges and the current state suggests it has a bright future, at least in the short-term. This explains the optimism shown in the market opinions. This could be a good time to buy the asset, but due diligence is required to ensure you invest safely. 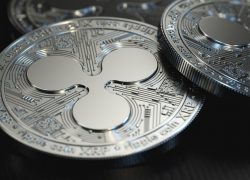 Ripple (XRP) Price Prediction and Analysis in March 2021
If you are thinking about investing in altcoins, XRP is one of the top ones in terms of market cap. In this XRP price predict...
Published under:
XRP Analysis
XRP XRP
Price at writing: $0.469355
Now: $1.37 192.90%
Read More 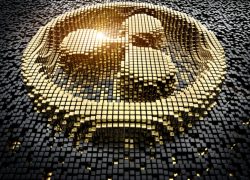