Reading now:
Is BTC Mining Still Profitable After the Third Bitcoin Halving?
Read Next:
Bitcoin and the Recession
Share:

Is BTC Mining Still Profitable After the Third Bitcoin Halving?

On May 11, the Bitcoin network went through its third halving, reducing the block reward from 12.5 BTC to 6.25 coins. Almost two weeks later, after the event, many are wondering if Bitcoin mining is still profitable.

Data sourced from mining rig profitability websites indicate that over 45 older generation miners are not capable of making a profit with Bitcoin’s current price.

A Decrease in Hash Rate

The Bitcoin halving greatly reduced the hash rate of the network, a phenomenon that has been foreseen by experts. As the block reward halved, the miners’s profitability also suffered, which prompted miners to shut down the older generation of mining units. As many outdated miners have been taken out of service, the BTC hash rate dropped by 30% in just three days after the halving. While the percentage has recovered since then due to the recent difficulty adjustment, Bitcoin only regained 6%, meaning the hash rate still has a decrease of 24% from pre-halving days. 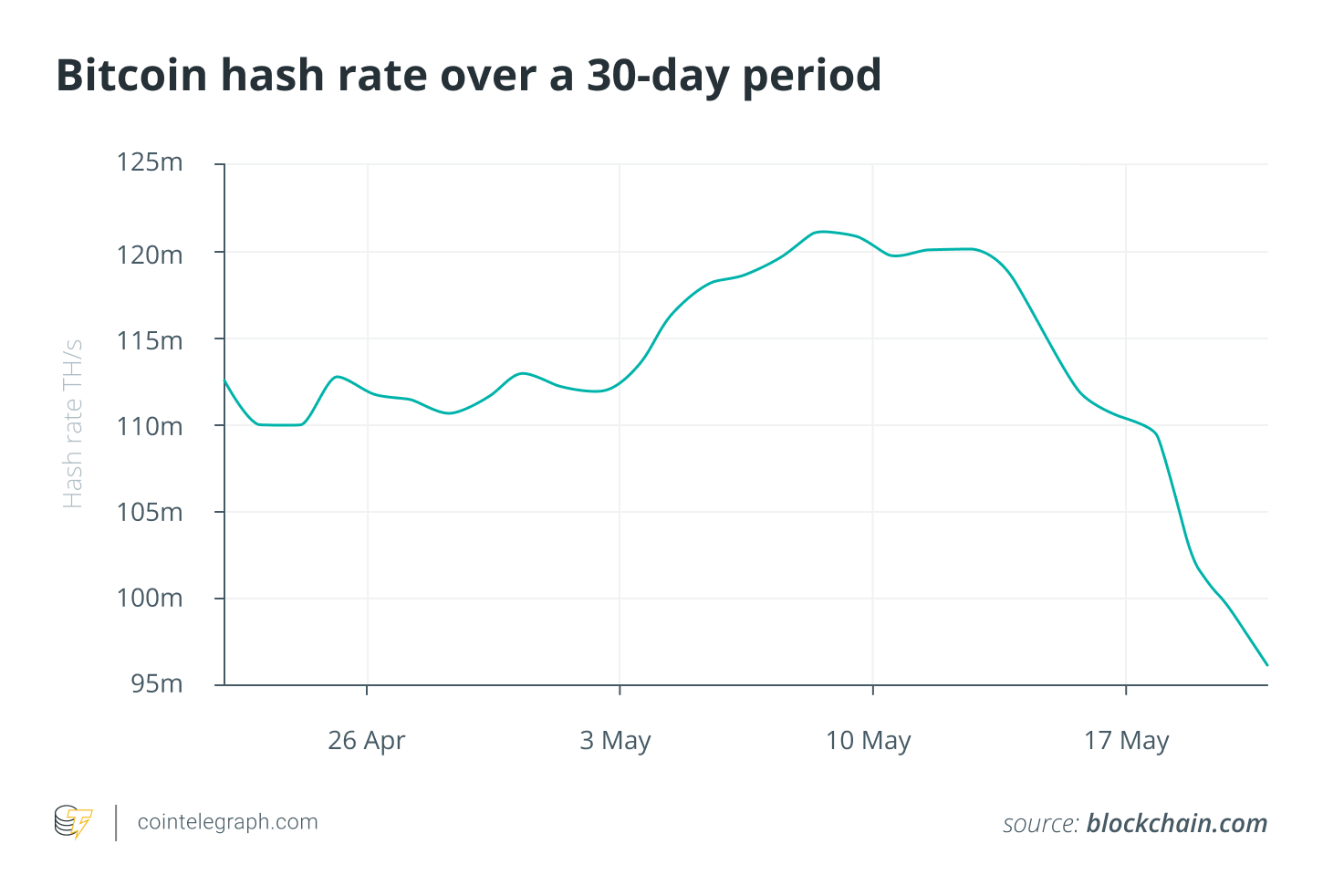 “We might see some more miners leave the network for the time being, despite the beginning of the rain season in China,” said the head of mining at Bitcoin.com, Ian Descoteaux.

As miners left the Bitcoin network in masses, this greatly reduced the speed at which new blocks are generated. Prior to the Bitcoin halving, the daily number of blocks produced was around 100–120, but on May 17, this metric reached 95 blocks. This is the lowest block count since 2017.

“Miners turning off after the halving caused a hashrate reduction, which causes blocks to be found less often than every 10 minutes,” specified the head of mining operations at Genesis Mining, Philip Salter.

“So the blocktimes rose to something like 12min instead of the usual 10min but the capacity for transactions in each block stayed the same. This causes congestion (less space in the blockchain, same demand for sending tx), and this in turn causes an increase of tx fee. Yesterday [May 19], the average block time was 14min, which reduces transaction capacity of Bitcoin,” – explained Salter.

The reduction in block generation times also reflected in an increase in fees, with Salter noting that “There must also be increased interest in Bitcoin transactions.”

Chun Wang, the co-founder and managing partner of top BTC mining pool F2Pool, also expressed his view on the matter: “I feel it [the high fee level] more likely driven by the increasing interest in Bitcoin, not because the halved block reward or slower block generation.” Wang added that the halving might also be one of the reasons why the coin has gained more public attention.

Transaction fees increased by one-third three days after the Bitcoin halving, settling around the $5.16 mark due to a monthly spike of 800%. The price has continued to go up, with the fee now being around $6.65 for one BTC transaction. While this is bad news for traders, this sharp increase in transaction fees is good for miners, as these fees account for as much as 17% of their profits.

The CEO of crypto consulting firm Bitpro, Mark D’Aria, is not surprised by this sudden spike in fee price:

“Even though fees are high relative to the weeks before the halving, they are nowhere near their peak in 2017 and sit at about the range of the mid-2019 rally or the early days of the 2017 bubble.”

D’Aria believes that fees will remain around this level in the near future, expecting prices to normalize soon. “In the short run, I expect fees to quickly normalize back to previous levels, and then continue the slow increase in average fees over the past few years.”

“There is nothing intrinsic about the halving that will lead to persistently higher fees going forward. All other things being equal, fees would drop back to pre-halving levels once the average block time has normalized down to 10 minutes. But of course this is a multivariate problem and all other things are never equal.”

According to Alejandro De La Torre, the vice president of mining pool Poolin, mining activities do not impact transaction fees. “There is no correlation between transaction fees and mining difficulty.”

“Fees increase or decrease primarily because of the fee market created in entering the limited space in a block. If there is a continuous amount of transactions in the Bitcoin network then the fees will remain high. The block space is limited, this creates a fee market. Miners naturally choose the tx’s with the highest fees as this will increase the amount of Bitcoin they make,”-explained De La Torre.

Bitcoin mining profits have tanked to early-2019 levels the second time this year. The first time the profits reached this level was in mid-March, when Bitcoin lost almost 50% of its value.

The mining revenue decreased the second time due to rewards being cut in half, with Bitcoin’s price remaining relatively stable. Miners now produce just 900 coins per day compared to 1,800 BTC.

The previously popular ASIC miner, Antminer S9, is now assessed to produce a negative of more than $2 a day, which is not very productive unless you have free electricity.

“Now, only when the price of the bitcoin rises to $15,000, can Antminer S9 cover the cost. In the past, even if there were a mining disaster and the price dump of the mining machine, someone would still buy S9. Most of the recipients are the owners of large mining farms. When the bitcoin price recovers, they can mine it by themselves or sell it to others to earn the difference,” -remarked F2pool. Antminer S9 also experienced a sharp drop in secondary markets almost instantly. He reported that the miner has been removed from most people’s listings, and those that have remained on the market are sold for around 100 Chinese yuan (approx. $14). When S9s was in its prime, the miner represented more than 70% of the SHA256 hash rate.

While mining has become unprofitable after the Bitcoin halving for most miners that had older hardware models, mostly mining farms and pools will be able to still make revenues.