Today, we will be looking at some of the past trends and market opinions of the SC coin in order to provide you with a Siacoin price prediction for November.

Siacoin was first developed as a project at HackMIT 2013, and it was later released on the market on 7th June 2015. The creators of the project, David Vorick and Luke Champine, two developers from Boston-based startup Nebulous Inc., wanted to leverage blockchain’s ability to provide distributed networks and reach a consensus securely in cloud data transfer and storage.

Sia is a platform that uses secure and encrypted smart contracts that enable data transfer without requiring any third-parties, thus offering private, decentralized, and distributed cloud storage at lower prices.

Siacoin’s cloud storage platform lets users rent out the hard drive storage space they do not use to other people that want to store data. The platform fragments the files, encrypts the data, and then sends them through a decentralized network.

The native cryptocurrency of this platform is Siacoin, and it is a utility coin which serves as payment in the Sia ecosystem. Siacoin owners can use the coin to buy storage space from the other users that are renting out.

The platform makes available hard drive space for the users around the globe in a decentralized manner, with the date being distributed through various redundant nodes to offer more stable uptime and eliminate single points of failure.

According to stats, file storage via the Sia network costs 90% less than other centralized cloud storage providers. To put things into perspective, 1TB of files stored on Sia incurs a cost of $1-2 per month, while storing the same amount on Amazon S3 costs $23.

The rest of the week, Siacoin saw no major fluctuations, maintaining itself around the $0.0020 and $0.0021 support levels. On November 5th and 6th, Sia briefly tested $0.0022 resistance levels, but did not maintain itself at those prices.

According to WalletInvestor analysis, the current resistance and support levels are at:

Back in 2018, October 1, David Vorick, the Siacoin cofounder, announced that the coin will undergo a hard fork in order to prevent Bitmain’s ASIC miners from mining the coin. This means that only devices developed by the Siacoin team will be the only ones that will mine Sia.

The Sia fork was made in order to halt ASIC domination and repaid the damage it has inflicted on the Sia community and to serve as a warning to all future Sia ASIC manufacturers.

When the announcement was made, Siacoin registered considerable gains after an 85 percent slump from its high value of $0.09. This is why it is important to keep track of project developments when making a Siacoin price prediction.

Siacoin also saw great developments in 2019, as the team was working towards speeding up the network to match that of Amazon S3, which would make file transfer 300% faster and easier to use. The team was also looking into switching the network to warm storage.

Since September the 2nd, no other details regarding future developments were made on their official blog. A more active developer community would have probably boosted the coin’s price, as the anticipation of a new release usually leads to price rallies.

Another recent positive announcement stated that from October 9, 2019, the digital token Siacoin (SC) will be listed by top crypto exchange Kraken, which allows its users to buy, sell, and trade Sia on the popular platform.

The SC token will be supported on Kraken, Kraken Pro, and OTC, but will not be available for trading on Kraken Futures and Margin Trading.

To properly forecast a price for Sia, we also decided to include some price predictions from various crypto sites to better convey the market sentiment and what expectations the community has for this coin for its short-term performance.

The Gov.capital site predicts that the price for Sia in November will be $0.002033, anticipating that the highest value will reach $0.002053, and the minimum value will be $0.002012. The prediction is pretty much in line with the current values of the coin, and if Sia maintains its current trend, these prices are quite feasible.

Cryptorating’s one-week forecast puts Siacoin at a price of $0.002400, with a change of 16.39%, while its one-month forecast speculates that the coin will reach $0.002839, with a change of 37.71%. Even if this prediction is more optimistic, it is still within the range of possible values.

Digitalcoinprice has the most optimistic prediction for Siacoin for November, expecting the coin to reach $0.00342997, which would signify an increase of 66.99 %.

From the data that we gathered and examined, Siacoin remains relatively stable, and will probably continue to stay that way for the remainder of the month if there will be no other major developments announced. 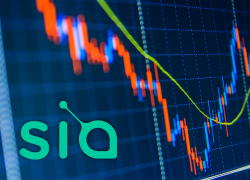 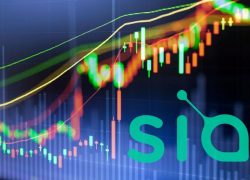 Siacoin (SC) Price Prediction and Analysis in July 2020
Looking at the historical price movements of Siacoin (SC) and other market analyses and opinions, we will be issuing our own...
Published under:
Siacoin Analysis
Siacoin SC
Price at writing: $0.003495
Now: $0.011553 230.55%
Read More 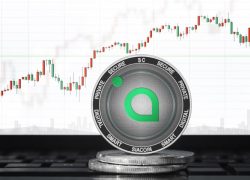 Siacoin (SC) Price Prediction and Analysis in June 2020
Based on the historical price behavior of Siacoin (SC) and other market analyses and opinions, we would like to give our vers...
Published under:
Siacoin Analysis
Siacoin SC
Price at writing: $0.003948
Now: $0.011553 192.62%
Read More
We Recommend
Advertisement
Advertise with us
Project Reviews