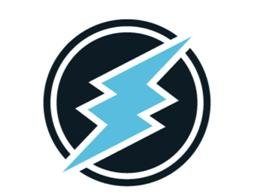 There’s no denying the fact that the cryptosphere is a unique and interesting medium with tons of attention and imagination-capturing projects.

In a sphere dominated by projects that either try to beat Bitcoin or Ethereum, or solve some of the most pressing issues such as scalability and privacy, there’s one project that comes with a whole different mission, and it goes by the name of Electroneum.

The project aims to bring its cryptocurrency into the mainstream by becoming the first digital currency used for daily consumer trading and spending, something that Satoshi Nakamoto himself envisioned when it created Bitcoin. To achieve this, the projects brings one the most important devices from our daily lives into the equation, our smartphones. Another interesting goal of the team is that of replacing most in-game currencies with ETN.

In short, Electroneum is a mobile-first cryptocurrency that aims to become so much more than a speculative asset. It aims to make the purchasing of crypto assets as simple as ever before. The most innovative aspect of the project is represented by the fact that users from around the world can mine Electroneum’s token, the ETN, directly from their smartphones.

Fundamentally, the Electroneum blockchain is the base for a new-age mobile payments system. The mining capabilities of the Electroneum app gives users from all over the world the possibility of paying with crypto. The blockchain is built on top of the Monero blockchain and, as expected, it has some interesting security features.

Just like Monero, Electroneum’s blockchain also features stealth addresses. The system uses a one-time public key that prevents the recipient’s funds from being directly linked to their wallets. Because the address can be audited by a third party to prove its existence, the recipient gets the funds through a wallet’s private view key which actually “scans” the blockchain. A single-use private key is created, and it corresponds with the sender’s public key.

This makes the blockchain incredibly secure, as the recipient can simply spend the funds using nothing more than a private spend key. This whole process does not involve direct links to either the sender or the recipient. The result is a system that is fast and fairly cheap. The average cost of transactions on Electroneum is somewhere around 0,2 ETN.

As mentioned at the beginning of this review, the mobile application is a big part of Electroneum’s ecosystem. Initially, available only for Android, the application can now be installed on iOS devices as well.

The application is very user-friendly and can be used to access the digital wallet. It also provides users with the ability to send and receive ETN, create offline paper wallets. Another noteworthy aspect is the fact that anyone who invites five friends to join the network is automatically entered a contest to win 5000 ETN.

Ensuring widespread adoption of its token is one of the project’s main goals. Therefore, the mining process has to be as accessible as possible to as many people as possible. One big part of this is ensuring that the large consortium that dominates Bitcoin and Ethereum mining is not relevant here.

Electroneum provides desktop apps for Windows, macOS, and Linux, as well as support for a great number of mining pools and virtual servers. However, by far the most interesting aspect is the fact that users can perform mobile mining. The application is smartly designed to allow your phone’s CPU to engage in simulated mining.

The mining process is very efficient in the sense that it does not use large amounts of Internet data and it does not cause your phone to heat up or lose significant battery life. Even though the process is still virtual (it doesn’t confirm new blocks on the blockchain), users still receive rewards. This is more of a marketing move. This type of activity actually ensures that Electroneum achieves viral growth.

The average block reward is somewhere around 9,500 ETN and, thanks to the ASIC-resistant nature of the mining algorithm, it’s still feasible to mine coins with a basic CPU (or smartphone CPU).

The total supply of ETN will be 21 billion coins. Thanks to the ICO launched in mid-September in 2017, a total of 6,3 billion of ETN were distributed. 4,4 billion ETN was reserved for investors during the ICO. Twenty million ETN were received by the 12-person team behind the project. At the time of this writing, there are a little above 9 million ETN in circulation.

Currently, ETN is not among the world’s most popular tokens. Hence, it can only be bought from a handful of exchanges such as Cryptopia, KuCoin, Liquid, TradeOgre, CoinBene, and Cryptomate.

The only secure way to store ETN is in the online wallet from the platform’s official app. Through the wallet manager, users can set up online and offline wallets. The wallets can be accessed using the same login details as for when accessing the platform.

Electroneum has a long way ahead of itself, and as pure its mission may be, it will definitely be a very difficult one. The project’s explicit intention of gaining mass adoption for its ETN token by targeting mobile audiences and smartphone users is praiseworthy, but its success may very well depend less on the technology involved and more on the project’s team to ensure good partnerships.

Advertisement
User Rating
( No rating )
Rate this Company
Share this Post
* The information in this article and the links provided are for general information purposes only and should not constitute any financial or investment advice. We advise you to do your own research or consult a professional before making financial decisions. Please acknowledge that we are not responsible for any loss caused by any information present on this website.
We Recommend
Advertisement
Press Releases