Neblio
Website
nebl.io
Our Rating
Users Rating
( No rating )
Rate this Company
Advertisement
Advertise with us

Neblio is a new-age enterprise-oriented blockchain platform that, according to its whitepaper,  aims to simplify and accelerate the development and deployment of dApps on the Neblio blockchain and potentially other blockchains of the future.

Neblio is a Proof-of-Stake (PoS), blockchain-as-a-service (BaaS) that focuses on simplicity for everyone involved in its environment, regardless of them being users, customers, or developers.

In short, the main goal of the platform is to replace obsolete software and offer new, innovative solutions for creating new databases. The project aims to boost the adoption of blockchain technology by providing a developer-friendly environment and a set of efficient tools that go with.

Besides the RESTful API for interacting with the Neblio network and blockchain, it also offers APIs in eight programming languages as follows: Java, Ruby, Go, PHP, Python, JavaScript, C#, and Objective-C. These APIs have the role of easing out the learning process and accelerate development.

To conclude, Neblio provides a set of useful APIs that make interaction with the blockchain easier. It also doesn’t enforce the learning of a new programming language for its developers (like most other blockchain platforms – Ethereum, Zilliqa, etc.), and it also provides easy development and deployment tools.

The identity of the project also reflects via its services. Neblio offers blockchain consulting, node deployment and hosting, as well as private blockchain development to the market. Neblio can provide consultancy services to businesses and guide the development and deployment of blockchain-based technology. The organization is also capable of helping enterprise customers deploy nodes at different locations or on AWS/Azure-like services.

If there are customers who require their blockchain to be fully private, Neblio can also build them custom and private blockchain based on the classic architecture of the project.

At the heart of the Neblio blockchain, there is the Neblio token, dubbed NEBL. Currently ranked 180th on CoinMarketCap with a market cap of $15,119,299, the Neblio token enables instant and secure transmission of information.

NEBL tokens are used on the blockchain to reward and incentivize users to secure and operate the network by running nodes across the globe. Since Neblio is a Proof-of-Stake blockchain, anyone can earn tokens by participating and staking a certain amount of NEBL. The token is also useful when it comes to calculating and charging fees whenever you use the platform services. Moreover, NPT-1 tokens, which some dApps on the Neblio blockchain can use, can be exchanged only if NEBL is used as the default GAS.

The Neblio team is as “decentralized” as the project’s blockchain itself, comprised out of various blockchain and business professionals from all over the globe with valuable and relevant experience in all-things-enterprise-related.

Neblio was co-founded by Eddy Smith and Ann Jackson, and it relies on marketing skills of Yuval Amar, and two main developers, Riley Stockton and Samer Afach.

Where to buy NEBL?

Even though the NEBL token is not even in the top 100 list, it can be traded on a wide variety of cryptocurrency exchanges such as KuCoin, Binance, Cryptopia, Tradesatoshi, and HitBTC, mostly for Bitcoin and Ethereum.

Neblio was a very strong project even from its inception. Neblio currently has a world-class blockchain platform that focuses heavily on bringing blockchain technology closer than ever to the enterprise niche.

For Neblio’s future to look bright two things must happen: the platform must be reliable and easy to use, and the products have to be delivered in a timely and professional fashion. Until now, the project’s team has held its side of the bargain and has always respect self-imposed deadlines without compromising aspects such as quality and security.

Advertisement
Advertise with us
Read more articles related to this subject:
Tokens
Notice: The information in this article and the links provided are for general information purposes only and should not constitute any financial or investment advice. We advise you to do your own research or consult a professional before making financial decisions. Please acknowledge that we are not responsible for any loss caused by any information present on this website.
( No rating )
Rate this Company
Continue Reading... 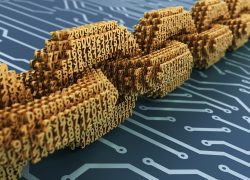 Token BNOX Now Bears up to 15% Interest to Investors
Recently launched BlockNoteX (BNOX) is a digital asset with a 100 percent gold deposit on the Ethereum platform. The gold-bac...
Published under:
Press Release
Read More 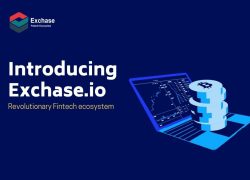 Exchase.io: The Future of All-in-One Fintech Services
Exchase (Exchase OÜ) announced that it plans to build an all-in-one fintech solution that will bring the most popular fintec...
Published under:
Press Release
Read More
We Recommend
Advertisement
Advertise with us
Project Reviews