What Is Ripple (XRP)? | Cryptocurrency Review for Beginners - Coindoo

What Is Ripple (XRP)? | Cryptocurrency Review for Beginners 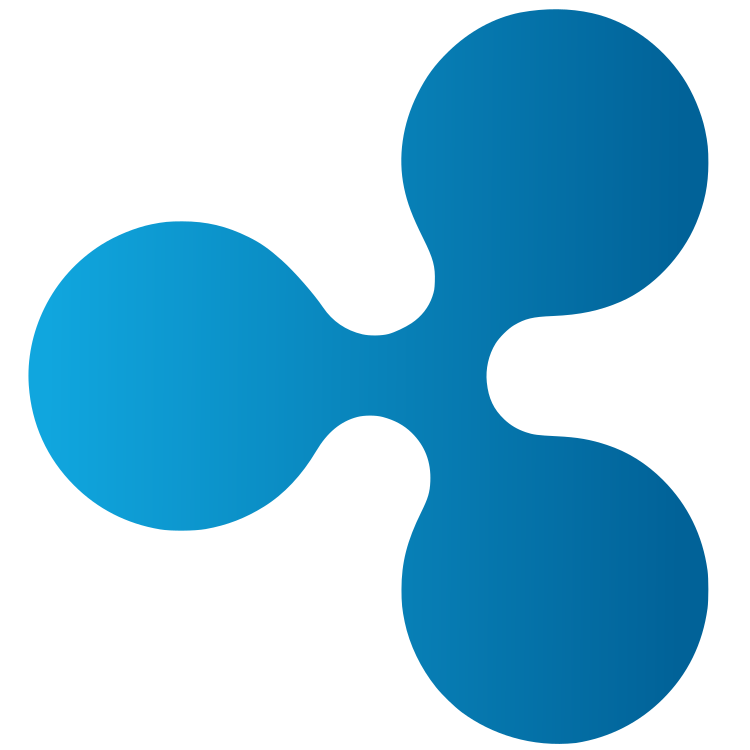 “What is Ripple (XRP)?” is one of the most common questions enthusiasts tend to make. Well, the answer is straightforward. Ripple, also known as XRP, is one of the largest cryptocurrencies in the world. This virtual currency’s main goal is to help individuals and financial companies process fast and cheap cross-border transfers.

In this article, we will answer the question, “What is Ripple?” and will show you how it works and how you can start using it. Ripple certainly has a lot of growth potential, and you must be informed about what it has to offer.

As mentioned before, Ripple is one of the most popular cryptocurrencies in the market. It was released back in 2012, just a few years after Bitcoin (BTC). This allowed Ripple to fastly become one of the most used and respected digital assets.

After almost 9 years of being released to the market, Ripple is the fourth-largest virtual currency.

It is worth noting that Ripple has a lot of influence on the whole crypto market. In many cases, Ripple worked as a hedge against Bitcoin’s price decrease. Moreover, Ripple experienced sudden spikes many times in the past and its price is over 3,900% higher than when it was released.

Ripple wants to enable the internet of value through the XRP virtual currency. Compared to other digital currencies, Ripple is much faster and cheaper. For example, Bitcoin transactions cost a lot to be processed, and they can take a long time to be transferred.

At the moment, there are more than 300 companies from different continents working with Ripple. This allowed them to offer better services to users and reduce their expenditures.

What Is Ripple’s Goal?

We cannot answer the question of “What is Ripple” without explaining its main goals. Ripple aims at helping companies and individuals perform fast and cheap cross-border transactions.

“We still live in a world where to send money to London today from New York the fastest way to do it is to fly the money there. That’s crazy. We live the age of the internet, and we can’t move money in real-time and the costs can be really high.”

Ripple wants to change the way in which transfers are processed around the world. It is very difficult for banks and financial institutions to send funds across borders. This is why Ripple can help to make it faster and cheaper. While information can be sent instantly to other countries, the same doesn’t happen with money.

Ripple solves this issue. A bank can simply start using this virtual currency, and it will already be able to reduce costs. Moreover, their clients will be the benefits. At the moment, banks need to have pre-funded accounts in the country of destination of the money. This is very expensive and not easy to maintain.

Nonetheless, with Ripple, it is possible to source liquidity on-demand and reduce the need to have pre-funded accounts. This cash, that is sitting in these countries and destinations, could be used for investments. However, it is there to provide liquidity to those that need it.

With Ripple, this doesn’t happen anymore. Institutions can purchase XRP with local currency, make a transfer, and exchange the XRP for local currency at the destination. This can be performed in just a few seconds and for a few cents. Thus, the main goal of sending and receiving money faster can already be done with XRP.

Mr. Garlinghouse considers that Ripple can help accelerate global commerce. It can change the way in which the global financial infrastructure works. Some individuals in poor countries need to spend large amounts of money to move funds across borders. Fortunately, Ripple is enabling institutions to move value around the world as information currently flows.

In the future, Ripple could work with new crypto exchanges. This will help them get larger liquidity for the On-Demand liquidity product they are offering. If a company wants to make a transaction, they will have to eat some of the liquidity in this market. Partnering with exchanges is a good strategy to make these markets more efficient in the long term.

Another important initiative pushed by Ripple is known as RippleNet. This large banking network is allowing banks and other financial companies to become more interconnected. Instead of dealing with traditional partnerships, firms can simply use this network. If they want even more integration, they can leverage the XRP virtual currency as well.

What Is Ripple’s Role in the Cryptocurrency Market?

This virtual currency facilitates cross border trades and transfers among parties. While Bitcoin (BTC) can be used as a virtual currency to store value, Ripple would play another role. Indeed, Ripple will be in charge of powering the financial market. Individuals and large firms can easily purchase Bitcoin and store it in the long term.

With XRP, the same firms and individuals can process fast transactions to different locations and places in the world. Thus, Ripple plays a central role in the crypto market. Each of the virtual currencies, at least the top five, has a specific goal.

As mentioned before, Bitcoin becomes the store of value of the market. Ethereum (ETH) is the virtual currency for decentralized applications (dApps) and smart contracts. Ripple becomes the cryptocurrency that will push investments in the real economy forward.

Considering firms will not need to fund their nostro and vostro accounts, they can release this money to the market. This could be very positive for the economy. Ripple will be in charge of pushing forward financial investments in many different countries by releasing these funds.

This shows Ripple has a leading role in the crypto economy. Helping not only cryptocurrencies reach new horizons but also increasing efficiency in traditional markets.

Where Can I Buy Ripple (XRP)?

Although this is a guide about what is XRP, we will also tell you where to buy it. There are many exchanges that would allow you to do so. Some of the platforms that support Ripple include Coinbase, Bitstamp, and Binance. All of them will allow you to have access to a wide range of XRP trading pairs. Indeed, these exchanges combined have one of the largest liquidity for Ripple in the world.

You can purchase Ripple with cash and also with many other virtual currencies, including Bitcoin and Ethereum. This increases your chances of having access to Ripple if you are already a crypto holder. Moreover, some platforms have credit and debit card options. This is very useful for newcomers that want to easily buy this virtual currency at any moment.

Why Should I Buy XRP?

Buying Ripple could be a good way of diversifying your crypto portfolio. If you own Bitcoin and Ethereum, expanding your portfolio by adding XRP could be a logical next step. Nonetheless, if you do not own Ripple it doesn’t mean that you need to buy Bitcoin first.

Indeed, you can simply enter the market by purchasing an asset that has real-world use cases. As mentioned in the article, Ripple is not only helping financial companies but also people from all around the world. This is specifically important for more traditional investors that feel they need to see Ripple in action.

Purchasing digital currencies is always risky. Nonetheless, Ripple’s all-time high was close to $3.84 on January 4, 2018. This allowed the virtual currency to reach the second position in the market for several months.

In this article, we aimed at explaining “What is XRP.” As we have shown, Ripple is the fourth-largest cryptocurrency and one of the most popular ones. At the same time, this virtual currency is making more efficient the whole financial system. By allowing banks to move funds in just a few seconds, the market becomes much more useful.

We have also told you how to purchase Ripple and which are the exchanges that have XRP trading pairs. This would help you get started in the crypto market and in the Ripple community.

Note: This post was originally published on 18 December 2017 and has been totally updated for the completeness and veracity of the content on 7 January 2021.

User Rating
( No rating )
Rate this Company
Share this Post
* The information in this article and the links provided are for general information purposes only and should not constitute any financial or investment advice. We advise you to do your own research or consult a professional before making financial decisions. Please acknowledge that we are not responsible for any loss caused by any information present on this website.
We Recommend
Advertisement
Press Releases

Vulcan Blockchain has just announced that its’ novel auto-rebasing Layer 1 protocol will launch in Q1 of 2023...

BC.GAME has announced that David Luiz, a Brazilian professional football player of the Flamengo team, has become its official brand ambassad...