MinerGate
Website
minergate.com
Our Rating
Users Rating
( No rating )
Rate this Company
Advertisement
Advertise with us

MinerGate was founded in 2014 by a dedicated group of crypto enthusiasts and it was the first public mining pool that was based on the CryptoNote protocol. It offers a variety of mining services with which users can mine a variety of coins. MinerGate is one of the greatest alternatives to NiceHash.

MinerGate’s services can be accessed and used from all over the world. The platform has currently over 3,700,000 registered users, with a majority of users being from the United States, Vietnam, Brazil, and Russia.

Below is a list of the available cryptocurrencies along with their hash rate.

MinerGate enables users to mine either by downloading a GUI or a minor console. Both of them are compatible with windows (32 and 64 bit), Mac and Ubuntu.

How does MinerGate Work?

The platform is based on a network of computers which pool together their resources that can be used by miners. MinerGate offers the following mining functionalities:

MinerGate xFast Miner is an easy-to-use yet high-performance mining software. Based on the new code architecture, the app shows impressive hashing output, making mining even more efficient. There are two xFast Miner versions: the GUI miner and console miner.

MinerGate enables one user to mine two cryptocurrencies simultaneously without compromising on the profit rates. This process is known as merged mining. On MinerGate merged mining is available for Bytecoin (BCN) and Monero-Classic (XMC).

The smart mining feature identifies and mines the coin that is considered to be the most profitable at that time. Most miners lack a system which can be used to determine the most lucrative coins.

Users are not required to download the GUI user interface, as they can mine from a web console.

A standard payout rate is given to the miner for each share finished. This method removes luck from the income, but the downside is that the total income can decrease by 5% per share.

PPS is a payment method that rewards you a number of coins per share for the mining that you have done. PPS is more for those that want statistics to base their calculations on that they can later use to increase their mining power. PPS is not ideal for a simple due to its reduced long term mining profitability.

PPLNS is recommended as it has a higher payout. PPLNS will provide wide fluctuations in a 24-hour payout, which makes it ideal for people that are looking to mine as fast as they can.

PPLNS determines just how many coins you get your completed shares. Unlike PPS, this payout method includes a “luck” factor. PPLNS has a larger range for your payout per share, 30% more or less on your payouts, making it more profitable in the long run.

In addition to the abovementioned mining tools, a calculator is also featured, which allows users to verify just how viable a certain coin is. The calculator takes into consideration various factors of the mining process such as bad shares, pool fee, transaction amount, network problems, and others to provide an accurate estimation of results.

Platform users can use the mining services by paying a subscription fee which is charged according to GH/S. The platform calculates the mining fee by using a linear function applied to the acquired hash power.

For altcoins, a mining fee of 1% for Pay Per Last N Shares (PPLNS) and 1.5% for Pay Per Share (PPS) are charged for miners.

Minergate is a mining pool that provides mining services for 8 different altcoins. The platform is considered to be reputable and convenient service by most users. 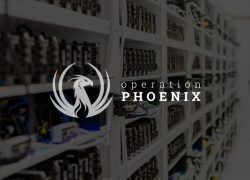 Featured
Operation Phoenix – A Crypto Mining Service Designed for Profitability
Crypto mining has become very competitive nowadays, but you can still make a profit if you use the right tools in your mining...
Published under:
Crypto Mining
Company Review
( 1 rating )
Read More 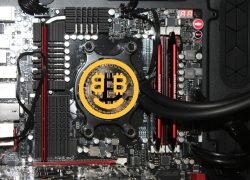 NiceHash Review: Introduction to the Cloud Mining Platform
In our NiceHash review, you will know how it works and find out what cloud mining services it offers. What is NiceHash? NiceH...
Published under:
Crypto Mining
Company Review
( 1 rating )
Read More 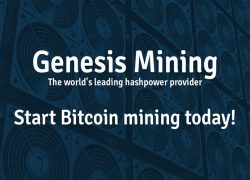 Genesis Mining Review: Introduction to the Cloud Mining Platform
About Genesis Mining Genesis Mining is a cloud mining service established back in 2013. Its mining farms are spread across Eu...
Published under:
Crypto Mining
Company Review
( 1 rating )
Read More
We Recommend
Advertisement
Advertise with us
Project Reviews