Coss
Website
coss.io
Our Rating
Users Rating
( No rating )
Rate this Company
Advertisement
Advertise with us

COSS, or Crypto-One-Stop-Solution, is a Singapore-based platform which features a system made up of a payment gateway/POS, an exchange, a merchant list, a marketplace, a wallet, a coin, and various other crypto functionalities.

Although the company is based in Singapore, it has many connections to Romania, as its developers are mostly Romanian and the firm is listed in the country’s Chamber of Commerce and Industry.

But COSS is also a member of ACCESS, Singapore’s Cryptocurrency and Blockchain Industry Association, and it also owns a New York subsidiary.

The crypto exchange was released in April 2017 after it successfully completing an ICO. The project is currently still in its beta phase, so more advanced features are not to be expected.

Users are able to make transactions in 54 different cryptocurrencies including Bitcoin, Ethereum, COSS, Dash, Bitcoin Cash, Waves, Ark, Omisego and many others. Most altcoins are paired against Bitcoin or Ethereum.

The platform incurs a 0.20% fee for its cryptocurrency trading. Withdrawal fees vary depending on the coin you decide to use. You can consult the popup featured in your profile section to see what are the exact fees for each crypto.

The fees below are applied on the trader’s 30 days trading volume.

Registering for an account requires a user-name, email address, and a password. In order to be able to use their services, you will have to submit some documentation for identity verification.

Their KYC policy requires that you provide documentation for:

The trading platform has a clean look, with basic charting. However, no technical indicators are available, and you can’t move and zoom the chart to see properly the details.

The only viable method through which users can fund their accounts is via cryptocurrencies transfers, meaning that no fiat currencies are accepted.

No hacks or frauds have been reported to occur on the COSS platform, but that is not much of a surprise, seeing as the exchange is relatively new, so it wouldn’t be a major target to hackers.

The platform employs 2-factor authentication protocols for account access in addition to end-to-end encryption. The COSS servers and web browsers benefit from secure communication as the website is SSL certified.

The platform enables customers to contact their support team via message to “Report an issue” to [email protected]. However, various users have complained that the service is extremely slow to respond.

On the other hand, COSS developers are very active and responsive on social media channels.

COSS used an Ethereum-based ERC-20 token, the COSS Coin for its ICO. But investors that still own the coin can use it to earn dividends, which are paid by using 50% of the proceeds of various platform transactions.

The total supply of COSS coins is capped at 200 Million, with 25 million tokens being issued in the presale phase, and 130 million tokens released during the ICO.

The received amount of a user is managed by a smart contract which calculates the reward based on the COSS tokens held. Users can opt to send them to their personal wallets whenever they want or let them accumulate on the platform. The dividends are distributed to COSS token holders every week.

The COSS exchange still has a lot more to mature in order to compete with other established trading platforms. In spite of its competitive fees, there have been reports regarding bugs and support unresponsiveness.

Binomo Review | Fees, Security, Pros and Cons
The world of crypto might seem a little complicated for someone who is just starting up to be a part of the crypto trading co...
Published under:
Blockchain Reviews
Company Review
( 1 rating )
Read More 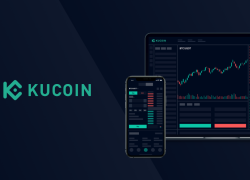 KuCoin Review | Fees, Security, Pros and Cons
KuCoin is a third-party cryptocurrency exchange platform launched in 2017 and currently has its headquarters in Seychelles. I...
Published under:
Exchanges
Company Review
( 1 rating )
Read More
We Recommend
Advertisement
Advertise with us

Play Dice for the First Time Using Solana at CryptoGames!
By Lorena B. on Sep 24, 2021