By Aggrey A.
Reading Time
~ 7 minutes
Spread the Word
Advertisement
Advertise with us

Bitcoin Cash has gone round trip lately, bouncing from modest losses to significant gains before slipping back into a bearish BCH price prediction. You’re never too late to join the price prediction party: here’s a complete outlook on Bitcoin Cash.

At the time of making this Bitcoin Cash price prediction, BCH was trading at $292.32, according to data by CoinMarketCap. The market cap of BCH at this price was at over $5.5 billion, fully diluted to around $6.1 billion.

Bitcoin cash is the product of a hard fork from the Bitcoin network, a result of disagreements within the community over technological changes. BCH owners consider the coin as the true Bitcoin, following through with the original vision of creating a peer-to-peer electronic payment system.

So far, Bitcoin cash price prediction 2025 has largely leaned on BCH’s ability to craft an image as a convenient digital payment system rather than a long-term investment vehicle. From a fundamental standpoint, there is reason to be bullish on BCH price prediction 2022.

On a technical level, several good things are coming out of the recent price movement on BCH charts. To continue on this, here is a summary of recent BCH price movements to add context to our BCH price prediction:

BCH price appears to be setting its sights on $642.95 while it searches for a launchpad along the historical support zone. Bitcoin Cash has been struggling to move beyond a crucial support level even as Bitcoin consolidates.

The recent uptrend faced rejection and is currently heading lower to look for a stable support level and trigger a reliable rally. BCH’s price rallied 22% in an attempt to move past the $315.37 psychological level.

However, the bullish momentum was not enough to guarantee a strong conversion of the resistance barrier, leading to a retracement. The pullback continued until BCH had to fall back to the stable support zone, which is the make or breaks point for BCH price prediction.

Fortunately, Bitcoin Cash settle for the seven-day demand zone, extending $203.99 to $315.37, is in the vicinity, and BCH price is likely to find fertile ground for a solid advance. A bounce off this area will be the last ingredient for a bitcoin cash price prediction past $459.90.

In total, this uptrend will constitute a 19% ascent for BCH and is likely where Bitcoin Cash will set a local top. A move beyond this level would require a massive surge in buying pressure or a retracement that allows Bitcoin Cash bulls to recuperate their momentum.

If BCH price fails to bounce off the $203.99 to $315.17, it will indicate a weakness among buyers. A breakdown of this nature will reveal that the sellers remain in control of BCH and make a case for a bearish BCH price prediction.

However, if BCH produces a daily candlestick close above $203.99, it will invalidate the bearish Bitcoin Cash price prediction 2025 and hand over the reins to bulls. Such a move will set the stage for a further move north.

Our BCH price prediction can be best understood by looking at the opinion of market participants. At this point, let’s consider the Bitcoin Cash price prediction narrative offered by other investors, market influencers, and forecasting systems.

TradingBeasts is bullish on BCH but suggests any advance in the coming month could be thwarted at the $300 price level. According to this Bitcoin Cash price forecast for March – April, BCH could consolidate around $290 with the occasional retest of the support level expected.

Long Forecast upholds the bullish theme with a Bitcoin Cash price forecast for March – April that eyes $340 and $294, respectively. While the forecast suggests the bullish journey could come to a halt on short-sighted sellers cashing in, a continuation is still plausible for the rest of the year.

Bitcoin Cash Price Forecast for the Rest of the Year

WalletInvestor paints a bullish picture that hypothesizes a return to $408.68 and no signs of slowing down according to the Bitcoin Cash price prediction 2025. Therefore, investors need to keep a close eye on the reaction off the support level for a bullish Bitcoin Cash price forecast for the rest of the year.

DigitalCoin highlights $350.31 and $374.05 price levels as the building blocks for a bullish Bitcoin Cash price forecast for the rest of the year. The emergence of a directional bias could be a missing piece that could clear the way for a steady uptrend with the destination at $400.

Bitcoin Cash Price Forecast for the Next Year

PricePrediction suggests BCH could withstand the pressure from bearish players to build a steady uptrend to secure a bullish Bitcoin Cash price forecast for the next year. With the Bitcoin Cash price prediction finding supporting around $363.41 and $374.79, a retest of $441.27 might be the next stop.

Gov.Capital determines BCH bulls are rethinking their allegiance to the support level as they build up muscle for an assault of the overhead barrier. This foothold is crucial in the successful execution of a move that will see BCH test $365.94 in this Bitcoin Cash price forecast for the next year.

Dan the Crypto Man is pushing a BCH price prediction that’s leaning so much on the success of Bitcoin to exert its market dominance effect on BCH, thereby sending the coin for $3k. With the bullish season yet to come, one cannot help but consider the possibility of this coming true.

CurPayAVP Bitcoin Cash price prediction eyes a buy signal at $290.27, eyeing how BCH could respond to the resistance barrier at this level to determine the next course of action. This forecast predicts a bear run as the self-off continues into the demand zone.

Bitcoin Cash has so far been left out of the profit streak its elder brother Bitcoin has managed to book under its list of records. Some see this as the coin remaining true to its principles as a payment system rather than an investment vehicle.

With all the hype around another Bitcoin rally sometime in 2022, investors are looking at a BCH as a safe vehicle to ride the exploits of BTC from a safe distance away. In the meantime, BCH appears to have long lost its glory as part of the top 10 largest cryptocurrency networks in the world.

BCH is an A-grade cryptocurrency investment and ranks among the strongest value cryptos on the market right now. It isn’t the most exciting cryptocurrency, but this Bitcoin Cash price prediction proves the coin might still be a good buy.

Note: This post was originally published on 6 July 2021 and has been totally updated for the completeness and veracity of the content on 14 March 2022.

Advertisement
Advertise with us
Read more articles related to this subject:
BCH
Notice: The information in this article and the links provided are for general information purposes only and should not constitute any financial or investment advice. We advise you to do your own research or consult a professional before making financial decisions. Please acknowledge that we are not responsible for any loss caused by any information present on this website.
Continue Reading... 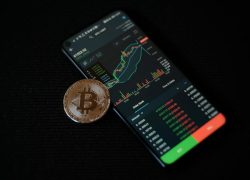 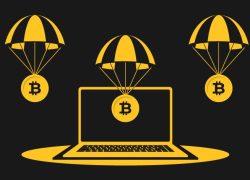 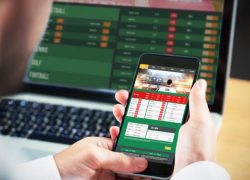