Bitcoin Bull and Cybersecurity Guru John McAfee Flees the US 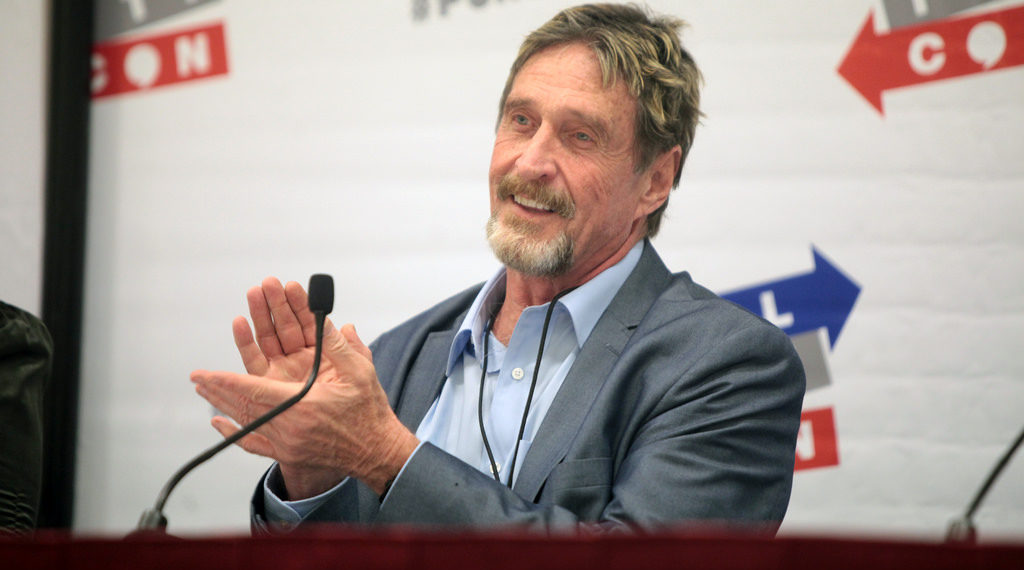 The outspoken Bitcoin evangelist, Godfather of antivirus software, and potential 2020 US presidential candidate, John McAfee, is allegedly on the run again – this time in a boat. He is fleeing the US after the Internal Revenue Service (IRS) charged him, his wife and his presidential campaign team with tax felonies.

The controversial software magnate shared the news with his Twitter followers via a short video clip. In the video, McAfee admits that he has not paid taxes or filed returns for the past eight years.

“Today, Jan. 22, the IRS has convened a grand jury in the state of Tennessee to charge myself, my wife, Mrs. McAfee, four of my campaign workers with unspecified IRS crimes of a felonious nature. They want to silence me. I will not allow that.”

McAfee, who fled Belize for the US in 2014 after authorities sought to question him in connection with the murder of his neighbor, is now leaving the US in a boat and is planning to conduct his 2020 presidential campaigns while in exile.

“I am running my campaign in exile on this boat for the duration. I will not allow them to imprison me and shut my voice down, which they will do immediately. Why? I am a flight risk. Obviously, I am in flight…”

McAfee to run for president to exclusively promote cryptocurrency

In June last year, McAfee took to Twitter to announce that he would run for president in 2020, a race which at this point also seems to also include the retired professional wrestler Dwayne Johnson “The Rock, ” Comedian Alec Baldwin and rapper Kanye West. He will run under his newly created “Cyber Party,” which fully endorses the use of cryptocurrencies. He cited that his campaign will focus on digital currencies, a subject that is so close to his heart.

The software engineer said his other motivation to enter the race was the state’s problem with privacy and security. In addition, the presidential hopeful vowed to pardon all marijuana users in prison should he win the race.

The upcoming U.S. presidential run will not be the first one for McAfee. He unsuccessfully ran in the 2016 election which brought current POTUS Donald Trump to the Oval Office.

McAfee sold McAfee Antivirus to Intel in 2010. However, in 2014, Intel re-branded the McAfee brand with Intel Security in an attempt to distance the product from its controversial founder.