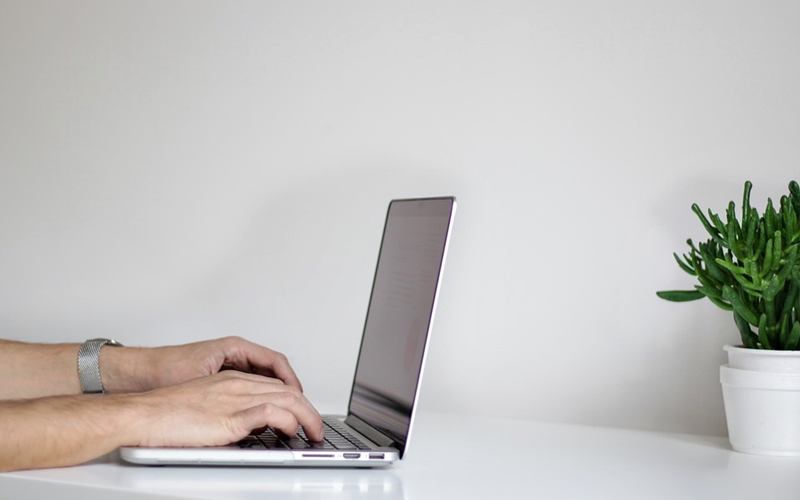 In our article for today, we will be listing some of the best NEO wallets. Continue reading to find out which one is the most suitable for you.

NEO, formerly known as AntShares, is a blockchain platform developed in China which is powered by two native cryptocurrency tokens – NEO and GAS. Its platform allows for smart contract creation and deployment, similar to Ethereum.

While NEO has grown considerably since its launch, it still doesn’t have that many wallet options like other cryptocurrencies. However, if you are interested in buying NEO, there are a few options that you can use. Continue reading our article to find out the best NEO wallets that are most suitable for you. 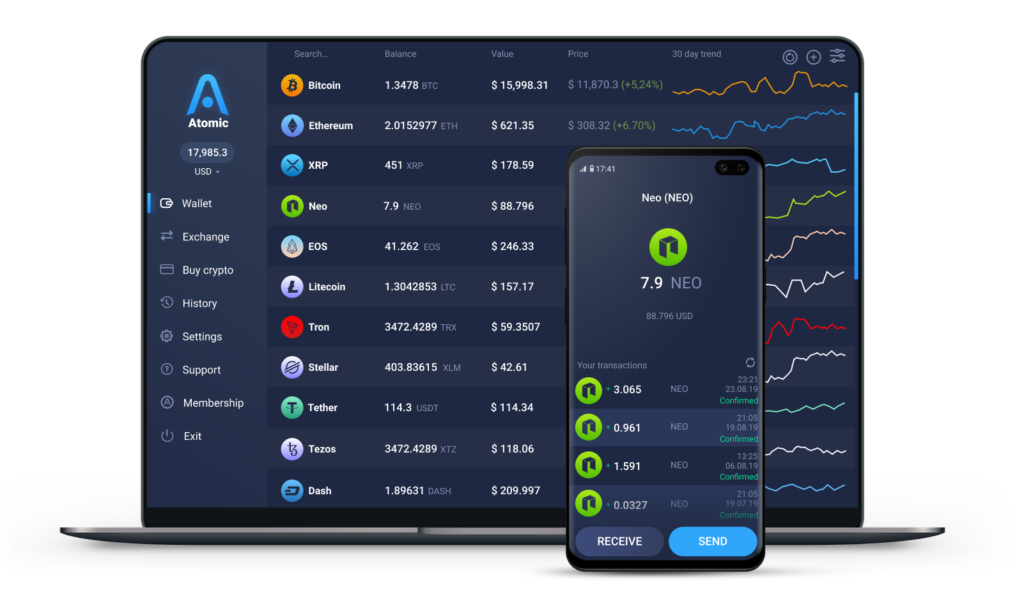 Atomic Wallet is a multi-crypto, non-custodial crypto storage option that supports NEO, Bitcoin, and plenty of other altcoins. NEO users can store, send, receive, and even exchange the coin with other assets from one place.

No private keys and passwords are accessible to the staff of Atomic Wallet, and only you have control over their use. When it comes to your login and transaction records, such data is encrypted via AES algorithm and stored locally on your device.

You can use the wallet’s in-built exchange to trade any of the supported 300 coins into other assets. If you have no crypto, you can start purchasing new coins using your credit acount.

Users running Windows, macOS, Ubuntu, Debian, and Fedora on their desktop are able to use the wallet. Android or iOS mobile users can also install their respective wallet apps.

NEON is a cross-platform wallet created by City of Zion and approved by NEO, which works fast and allows users to easily store and manage NEO, GAS and other NEP5 tokens. NEON Wallet has a simple set up and is easy to use, making it ideal for those who have just entered the world of cryptocurrency.

This light wallet is easy to download and install, and it features a user-friendly interface. It’s compatible with Windows, Mac and Linux operating systems- the private keys are not kept on NEON’s servers.

Guarda is a poplar wallet known for offering an all-encompassing, multi-platform solution for crypto storage and purchase services. Its support list includes some of the most popular cryptos on the market, allowing you to store and manage everything from NEO to Bitcoin.

Guarda is a light wallet, meaning that unlike full-node NEO wallets, you do not have to wait lengthy periods for the wallet to synchronize with the blockchain. Users remain in control of their private keys at all times as they never leave their personal devices. Security wise, the wallet is secured by a PIN and all keys and data benefit form AES encryption.

Guarda is partnered with Changelly which allows it to offer instant and convenient crypto exchange services. Another plus is that the wallet has in-built fiat payment services that enable you to buy crypto directly with your bank card.

The wallet is compatible with Android, iOS, Windows, Mac OS, Linux, and Chrome.

For storing NEO for mid-term or long-term, then hardware wallet is your best option. Ledger Nano S added support for NEO in the last quarter of 2017 and it is also compatible with the NEON wallet. GAS can be claimed by using Ledger Nano S in combination with NEON, which doesn’t require you to enter the private key or keep it on your computer.

The device features buttons and an OLED screen which lets you navigate and manually verify each transaction. Your private keys are secured by a PIN code, 2-factor authentication, plus your accounts are backed up on a recovery sheet. The set-up process for the Nano S is pretty straightforward. In addition to NEO, it also supports Bitcoin (BTC), Ethereum (ETH), Litecoin (LTC) and a range of other cryptos.

This official desktop wallet lets you access your NEO holdings by using a graphical user interface (GUI). This is a synchronized wallet, meaning that you have to download the entire blockchain on your computer. The process can take a while and it also requires a significant amount of memory on your computer.

Once the syncing process is complete, you can create a password to protect your wallet and then, encrypt the private key to back up your wallet. The wallet lets you send or receive NEO or store your tokens for GAS generated tokens. The NEO GUI offers great security, but users unfamiliar with tech and cryptos may find it difficult to use.

This web wallet was developed and maintained by the NEO community development team. The NEO Wallet is officially an ‘offline’ wallet, meaning that wallet files or private keys are not uploaded onto the NEO wallet server. It uses an Application Programming Interface (API) which encrypts all messages before sending them.

This wallet allows users to store, send and receive both of NEO’s tokens- GAS and NEO, as well as allowing them to claim GAS resulted for holding NEO tokens. The NEO Wallet can be downloaded through the Chrome and Edge internet browsers and is available in English and Chinese.

NEO Tracker Wallet is a web-based wallet that has been developed independently from NEO. It is written in Javascript and allows NEO holders to interact with and explore the NEO blockchain via the web.

The NEO Tracker acts as an offline wallet, using your web browser to generate the necessary data, and no keys or data is kept on NEO Tracker’s servers. You are able to store and transact both NEO and GAS token, as well as to claim any GAS generated by staking NEO.

The NEO Tracker wallet is not a project of NEO developers. However, it implements strong security for user funds. As an NEO wallet is generated, you will receive a keystore file to download. The keys are stored in an encrypted form in this file. The NEO Tracker wallet can be downloaded through the Chrome and Edge internet browsers.

This NEO wallet is also a creation of the official NEO development team. Unlike the NEO GUI wallet, this is a CLI wallet, meaning it can be accessed only by using Command line prompts.

NEO CLI has advanced security features, but it is not that easy to use for beginners. This wallet caters to more advanced users which have some knowledge of CLI language. The wallet supports transactions with both NEO and GAS, and it also allows NEO holders to claim their GAS tokens- it is compatible with Linux and Windows systems and available only in English.

The O3 Wallet is a mobile wallet which can be used on Android and iOS systems. The app features a simplistic design, allowing you to easily manage your NEO tokens on the go.

Created to be used only for NEO, this light wallet lest you manage your NEO portfolio in real time. It lets you divide your funds into two wallets – a hot wallet for daily use and a cold wallet for holding funds for GAS. This free, open-source wallet is easy to use, but keep in mind that it is not as secure as a hardware wallet.

This has been our article featuring the best wallets for storing NEO and GAS. We hope this has helped you in making an informed decision regarding which wallet is more suitable for your storing needs.