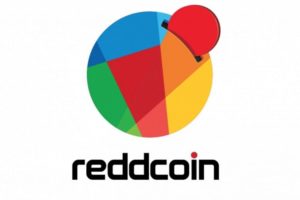 Reddcoin was developed back on January 20, 2014, and released to the public in February of that same year after it raised $100,000 through the company’s Initial Public Coin Offering (IPCO). The crypto initially used a PoW (Proof of Work) protocol, buy on April 29, 2014, it made the switch to PoSV (Proof of Stake Velocity)

Reddcoin is a decentralized social cryptocurrency that enables users to instantly send and receive RDD cryptocurrency payments on social networks with having to pay transaction fees. It is similar to Venmo, Facebook Cash, or Snapchats Snapcash, all of which let you transfer funds to other people via their respective social media platforms.

But unlike these major social media networks, Reddcoin doesn’t require you to use its native platform to send and receive money, allowing you to seamlessly integrate its payment features on platforms like Reddit, Facebook, Twitter, and many others. Also, in addition to instantly sending and receiving money to people with Reddcoin: you can also give tips to content creators similar to how you give “likes” or “favorites” to a post.

Reddcoin employs a protocol called Proof-of-Stake-Velocity (PoSV) which is completely different from Bitcoin’s proof-of-work protocol (PoW) which needs huge amounts of energy for its mining operations. Each Reddcoin user automatically mints Reddcoins because the staking function is integrated the downloadable official wallet (which you must own before using RDD).

How Does Reddcoin Work? 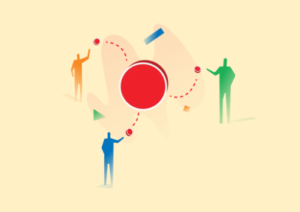 Reddcoin connects to your respective social media networks and lets the sender perform instant, zero fee RDD payments to any individual that he chooses to interact on the network. You just have to click the “tip” button and the micropayment is sent to the person you want to receive it.

Reddcoin employs PoSV, which was originally created by the Reddcoin developers to substitute its former PoW protocol. PoSV is, in essence, a new approach for Proof-of-Stake (PoS) that addresses the requirements of its social currency to boost “both ownership (stake) and activity (velocity)”.

The team stated that adjustments to the PoS “were needed to promote more active network participation.” The main difference between the two is that while PoS has linear coin aging system, PoSV’s coin aging has non-linear.

Coin age is resulted by multiplying the number of coins by their age i.e. the time that passed since their last transaction. This means that contributions to the network can be made without requiring any computer power.

PoSV rewards users which have more active wallets and transact more than those that own wallets that are left dormant.

The regular Proof-of-Stake gives rewards every wallet equally as their coin age grows. ReddCoin’s PoSV is an ideal system that can be implemented efficiently for networking. People that transact more often by using their wallets are entitled to receive more incentives.

How Do You Make ReddCoins? 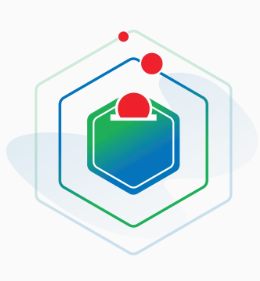 Another notable distinction between ReddCoin and the other cryptocurrencies is that the coins are not generated through mining but through minting. To mint ReddCoin you just have to unlock a wallet that has RDD coin in it.

The minting process activates when a wallet is active and online. ReddCoin minting eradicates the coin mining costs, increases the mining speed and the need for expensive mining hardware.

When RDD transited from PoW to PoSV on August 1, 2014, there were nearly 27 billion RDD. At the time of writing, ReddCoin has a circulating supply of 28,808,713,174 RDD. Minting generates an inflation of up to 5% inflation per year, while the maximum supply of RDD doesn’t exist.

Up until December 2017, Reddcoin remained relatively flat with very low values. On January 7th, it surged to its all-time high value of $0.03 cents, then like the rest of the crypto market, it plunged. At the time of writing, RDD is priced at $0.004680 USD.

Where Can You Buy Reddcoin?

RDD can be traded on exchange sites such as BITBOX, BiteBTC, Bittrex, Bisq, Bleutrade, C-patex, Crex24, Cryptopia, LiteBit.eu, Trade Satoshi, Upbit, and YoBit. The coin can be mainly traded against BTC and ETH, but on some exchanges, you can convert even BCH, LTC, USDT for RDD. Fiat options, although limited, are USD and EUR.

Where Can You Store Reddcoin?

The Reddcoin supported wallet can be downloaded from the official Reddcoin website, or RDD coins can be stored on the Coinomi mobile wallet.

Reddcoin is a coin with an ambiguous purpose, as it seems a bit odd to give tips for social media content when we could just show appreciation by “liking” as we did up until now. But this strategy has been successful for the Steemit social media platform, as it implemented a similar feature, which pays rewards its users in STEEM tokens for creating and curating content, so it’s quite likely for the trend to find adoption amid a larger audience.

There are currently a total of over 7,000 cryptocurrencies in existence. These have different functions and are built to accomplish...

Cryptoview | One Interface – All Major Exchanges

If you’re new to cryptocurrency, don’t worry because the concept of buying or selling goods and services through this payment...