In Which Countries Is More Popular to Buy Bitcoin with PayPal?

PayPal is one of the leading fintech companies globally. The company offers a platform that allows people to send money to one another and make purchases online. In addition to the eponymous platform, PayPal also owns several other companies like Honey, Braintree, Xoom, and Venmo among others.

PayPal serves users in most countries globally and generates billions of dollars in revenue. In the past few years, the number of active users has surged to over 426 million, making it one of the biggest firms in the world. Investors value it at over $200 billion.

PayPal has also entered the cryptocurrencies industry. In 2021, the company announced that it will start allowing users to buy, sell, and store Bitcoin and a select number of coins through its platform. In this article, we will look at some of the top countries in which PayPal is a popular means of buying Bitcoin.

PayPal is an American company and is a popular payment option by most people in the country. Most of these people use the main PayPal brand while others use Venmo, its peer-to-peer payment solution. As a result, the US is one of the top countries in which people use to buy Bitcoin and other cryptocurrencies.

American users have several options of using PayPal to buy Bitcoin. First, they can directly buy and store the coin in PayPal’s web and mobile platforms. To do this, they just need to navigate to the cryptocurrencies tab and then identify the amount of Bitcoin they want to buy. If they have cash in their account, PayPal will use it to fulfill the purchase. Alternatively, the funds will be deducted from the linked bank account.

Second, they can buy Bitcoin using the few exchanges that accept PayPal as an option. A good example of this is Coinbase, which has a substantial market share in the US. To do this, users just need to create an account, set up PayPal as a payment option, and then deposit funds.

Further, they can use their PayPal Visa card to buy Bitcoin. They can also buy the coin directly from other holders using peer-to-peer options like Paxful and Local Bitcoins.

Germany has become a leading market for Bitcoin and other cryptocurrencies. It is estimated that there are over 2.1 million crypto holders in the country, representing about 2% of the total population. At the same time, Germany is one of the leading markets for PayPal.

In 2020, it was estimated that over 300k people used the PayPal app in Germany every day. According to SimilarWeb, Germany comes second to the US in terms of website visits to PayPal.

The number has gone up during the pandemic and the popularity of buying Bitcoin with PayPal in Germany has risen.

German users have several ways of buying BTC with PayPal in Germany. For one, unlike in the United States, it is not possible to buy Bitcoin using the company’s app directly. Instead, users buy the coin through intermediaries. For example, they use Coinbase, which is one of the most popular cryptocurrency exchanges in the country.

Another option is to use peer-to-peer payment platforms like Paxful. The process of doing this is simple. Users create an account with Paxful and then search for willing Bitcoin sellers who prefer PayPal. After this, they receive Bitcoin in their Paxful account and then send money to the seller’s account.

The UK is another country where the popularity of Bitcoin and PayPal has risen recently. The company has millions of individual and corporate customers in the UK.

These customers have different options for buying cryptocurrencies using PayPal. First, like in the United States, users can easily buy cryptocurrencies directly from their accounts. They just need to select the coin they want and then complete the transaction in seconds. It is a free option, with PayPal making money from the spread between the bid and ask prices. It also takes a cut in currency conversion.

Second, users can use their PayPal Mastercard card to buy Bitcoin in most exchanges that accept debit and credit cards. Further, they can use centralized exchanges like Coinbase and CEX that accept PayPal and p2p marketplaces.

The benefit of using PayPal in the UK is that it is a simple process to use and it is a bit cost-friendly. It is also a relatively safe platform that offers additional services.

PayPal is a leading company that facilitates funds transfer and other solutions in the UK. The service has been around for years and has millions of customers. In this article, we have looked at countries where using the platform to buy Bitcoin and other cryptocurrencies have become popular. Other notable countries where PayPal is popular are Canada, France, and Australia. 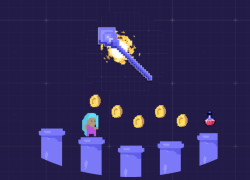