In today’s article, we will be looking at some of the best Dash wallets and analyzing some of their most notable features.

For some, Dash is nothing more than an entry in the world’s top 20 cryptocurrencies by market capitalization. For others, Dash is so much more: it’s a very smart peer-to-peer blockchain platform designed to provide instant, private, and secure payments.

This altcoin is also the first cryptocurrency that introduced the concept of masternodes, a concept which has been then used by various other crypto platforms. These masternodes ensure that Dash has decentralized governance. Masternodes can vote for or against new developments in the Dash network.

Dash also uses something called PrivateSend which allows private transactions (meaning that anyone can send funds anonymously). Another useful technology is the InstantSend feature that allows users to confirm fund transfers in real time.

Things to Consider Before Choosing a Dash Wallet

First and foremost, you want to choose a wallet that offers support for the DASH token, as well as for all the network’s unique features (InstantSend, PrivateSend, etc.). If you’re planning to use the wallet for storing other cryptocurrencies, then a multi-currency wallet is the best option.

Of course, security is probably the most important aspect of any crypto wallet. Look for wallets that offer full control over your private keys, and the ability to secure them via PIN or two-factor authentication. Because sometimes things can go wrong, it’s also important that you choose a wallet with very good backup and restore options, so you can easily retrieve your funds in case of an unexpected failure, error, or mistake.

Last but not least, choosing a wallet with a good user interface is strongly recommended. Cryptocurrencies can be confusing as they are, the last thing you need (as a beginner) is to have a wallet that requires days in order to learn.

With that out of the way, here’s our list of the best Dash wallets currently on the market.

Atomic Wallet is a multi-crypto wallet that was created in 2017 by the CEO of Changelly. Not only does it support Dash, but its listing also includes 300 other cryptos, such as Bitcoin, Ethereum, Ripple, Stellar, and many others.

Based on its atomic swap function, users are able to convert their coins into Dash or the other way around. Their exchange feature also supports adding credit cards from Visa and Mastercard and buying cryptos with fiat.

If you have a device running on Windows-64 bit, macOS, Ubuntu, Debian, Fedora, Android, or iOS, you can find compatible wallet versions.

None of your recovery seed, private keys, and passwords are stored by the wallet. You are the sole person that can access and change them. In terms of security, Atomic Wallet uses an AES symmetric encryption algorithm to keep user data protected from external threats, and all this information remains on the user’s device.

Dash Core is the official wallet, and it features support for all Dash features, such as InstantSend and PrivateSend, meaning it has been specifically designed to store, send, and receive DASH. Furthermore, the wallet installs a full DASH node on your computer.

A thing to note is the fact that this is not a lightweight solution. The wallet will use a lot more hard drive space and more processing power than other options. Dash Core can be downloaded from the dedicated section on official Dash website and is available for Windows (both 32 and 64-bit), macOS, and Linux (32 and 64-bit).

Guarda is a crypto wallet which can be used across a number of platforms and devices. Users can manage their assets by accessing their desktop, laptop, tablet, smartphone and web browser.

The app is compatible with Windows, Linux or Mac OS, Android, iOS and Chrome extension.

Guarda supports a myriad of digital coins and tokens, including Dash and other privacy coins such as Zcash and Monero. It also supports Bitcoin, Ethereum and Litecoin.

In addition to secure storage, Guarda wallet also has an integrated crypto purchase service that allows you to buy crypto directly with fiat via bank card. There is also an integrated exchange service through which you can swap coins from within the wallet. These features make Guarda one of the most convenient Dash wallets on our list.

All Guarda app versions are non-custodial, meaning no public/private keys nor any user data are stored by the company behind the wallet.

Dash wallet is the mobile version of the Dash Core previously described. It’s the official mobile wallet for Dash, it’s open-source, HD wallet, that has a very user-friendly UI, and it allows you to be in full control of your private keys.

Since it’s a mobile solution, it’s a bit more minimalist than its desktop counterpart. For example, the Dash Wallet only comes with support for the InstantSend feature (PrivateSend not supported). However, the wallet makes up this via a unique feature that allows you to process transactions offline using your device’s Bluetooth technology. The wallet is available for both, iOS and Android, and can be downloaded from the official stores effortlessly.

Developed by a company called DeltaEngine.net, MyDashWallet aims to do for Dash what MyEtherWallet does

for Ethereum. It’s a web wallet that provides a quick way of connecting with the Dash blockchain, all while ensuring that you remain in full control of your private keys at all times.

It supports both, InstantSend and PrivateSend, and boasts compatibility with two of the best hardware wallets currently on the market, Ledger Nano S and Trezor.

The Ledger Nano S is the most popular hardware wallet currently on the market. It offers top-tier “cold” storage as well as the best security features currently on the market. It allows you to store your private keys via a PIN code, two-factor authentication, and transactions have to be manually verified. It’s also a hierarchical deterministic wallet which means that each transaction will have a new address.

It comes with support for over 1000 cryptocurrencies (DASH included), and it can be used on any Windows, macOS, or Linux device via its bespoke software called Ledger Manager.

Hardware wallets are very good in terms of security, but if you’re on a budget, then a paper wallet can save you a lot of money. Paper wallets offer incredible security (since they’re not connected to the Internet), just as long as you store them properly. The Dash Paper Wallet is designed for this reason. More information about the Dash Core Paper Wallet is available on the official website.

Unfortunately, the Dash Paper Wallet does not include support for InstantSend and PrivateSend.

Created by Anthony Diiorio in 2014, the Jaxx wallet has come a very long way. Nowadays, Jaxx is a product known for its versatility and sublime user interfaces. Jaxx is available on Windows, Linux, and macOS desktops, as well as on Android and iOS mobile devices, and it’s even available as a Chrome browser extension.

Jaxx comes with support for some of the most popular cryptocurrencies, such as Bitcoin, Litecoin, Ethereum, as well as Dash. It allows you to remain in full control of your private keys by storing them directly on your device. What’s more, Jaxx also allows you to export your private keys. Another nifty feature of Jaxx is the fact that it has ShapeShift integration, allowing you to convert cryptocurrencies without leaving the wallet.

The main drawback of Jaxx (at least when it comes to storing Dash) is the fact that it does not have InstantSend and PrivateSend integration.

When it comes to storing Dash, there are a lot of very good options. If security is your main concern, then a hardware wallet seems to be the best option, even though, if you’re into daily trading, you’ll definitely need a more versatile and practical option. All of the wallets on our list are officially endorsed by Dash, so it’s safe to try them out.

Advertisement
Advertise with us
Read more articles related to this subject:
Dash
Notice: The information in this article and the links provided are for general information purposes only and should not constitute any financial or investment advice. We advise you to do your own research or consult a professional before making financial decisions. Please acknowledge that we are not responsible for any loss caused by any information present on this website.
Continue Reading... 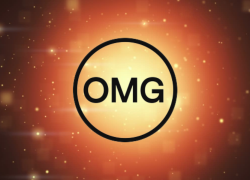 OMG Price Prediction: Market Analysis and Opinions
The financial services sector housed under the wide umbrella of blockchain is expected to grow by leaps and bounds moving for...
Published under:
Analysis
OMG Network OMG
Price at writing: $2.36
Now: $2.39 1.13%
Read More 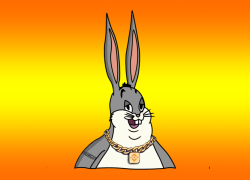 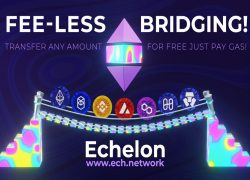 Echelon – Bridging the Gap in Crypto!
Echelon, a leading provider of blockchain solutions, released a cross-chain bridge that supports seven major blockchains. The...
Published under:
Analysis
Read More
We Recommend
Advertisement
Advertise with us
Project Reviews