Will Bitcoin GOLD Shake the Market?

Did Bitcoin’s increase of up to $ 6k USD has been a preparation for Bitcoin GOLD’s entry into the market?

Probably neither the media nor Bitcoin GOLD’s official website offers much information about this event, so many people will not know exactly what is the best solution – to keep or sell their BTC.

What is Bitcoin GPU?

Bitcoin GPU is a hard fork in the Bitcoin protocol that is likely to happen in the coming days, more precisely on October 25, 2017. Many of you are probably familiar with such an event, given that a hard fork took place in early August, and yes, it could result in more duplicate bitcoins, “free” for you.

This Bitcoin GPU is also known as Bitcoin GOLD, BTG or Bgold, but this has nothing to do with BitGold. At the moment, all the details we know about this event and Bgold is on their official website. You can check it out too at BTCGPU.org.

This project is being managed by developers, miners, together with Jack Liao, their head and also the CEO of Hong Kong LightningAsic. However, we don’t know the lead developer of Bitcoin Gold. He/she is anonymous and is known by the name of h4x3rotab.

This incident was not the result of a consensual agreement. This was a decision taken simply by some people who believe that Bitcoin’s system has become centralized. They say that this must be changed and that the monopolization of the company must be transformed into a more decentralized, democratic process. Therefore, they want to change the actual Bitcoin protocol, now known as SHA256, to a new algorithm named Equihash.

“Bitcoin Gold will provide an opportunity for countless new people around the world to participate in the mining process with widely-available consumer hardware that is manufactured and distributed by reputable mainstream corporations.” – www.BTCGPU.org

How to get Bitcoin GOLD?

As stated above, the emergence of Bitcoin GOLD will be exactly the same as when Bitcoin Cash (BCH) appeared. So, everyone who has their Bitcoin wallet in their account and owns the BTC private keys will receive Bitcoin GOLD on October 25th. A BTG will be equal to a BTC, so if you have 10 BTC, you will get back the same number of BTG = 10 BTG.

However, for those who want to withdraw their BTG, they will have to wait 1-2 weeks after the hard fork occurs to be able to do that. If they want to immediately use their BTG after the 25th of October, they have the possibility to withdraw their digital coins from the ICONOMI platform to another, external wallet.

We recommend you to keep your Bitcoins in your digital wallet, before and after block 491407, in order to benefit (or not) from this Bitcoin GOLD fork.

Advertisement
Advertise with us
Read more articles related to this subject:
BTCBTG
Notice: The information in this article and the links provided are for general information purposes only and should not constitute any financial or investment advice. We advise you to do your own research or consult a professional before making financial decisions. Please acknowledge that we are not responsible for any loss caused by any information present on this website.
Continue Reading... 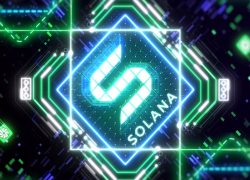