Smart contracts are an integral part of the world of blockchain technology. These contracts are software programs that execute certain tasks between two or more parties when the stipulated conditions have been met. In essence, it is like a regular contract that self-executes and does not require an intermediary, as it relies on its programmed values.

These contracts run on blockchain technology, the underlying technology of Bitcoin and most cryptos. The input information represents the values assigned by the developers, and when these values are met, the contract executes itself based on the rules it was programmed to do.

What Smart Contracts Do

Smart contracts can also be programmed to execute tasks beyond crypto transactions and can be used to perform functions in a variety of industries, such as legal, insurance, real estate, and much more.

The History of Smart Contracts

Nick Szabo, credited for putting the bases of cryptocurrency, was the first to propose the concept of smart contracts in 1994. When the concept first came out, there were no platforms that could support smart contracts, so obviously, there was no interest in them.

In 2008, the first crypto coin ever was created – Bitcoin – and, along with it – blockchain technology. This new technology provided the right environment for smart contract code development.

At first, blockchain was mostly used for making transactions and creating new coins, but when Ethereum appeared onto the scene, this all changed. Ethereum was the first blockchain platform to develop code specially made for dApp development.

This was the game-changer that prompted the apparition of many other platforms, such as NEO and EOS. The growing popularity of blockchain technologies also attracted attention to smart contracts and their possible use cases, which, in turn, resulted in an expansion in dApp-based blockchains.

Dapps for gaming and gambling have seen a rise in recent years on platforms such as TRON and Ethereum. The Cardano platform is also working towards implementing smart contract functionality with the Goguen update this year.

NEM, Stellar, Waves, and Tezos are also popular blockchain projects that allow the creation and deployment of smart contracts.

Blockchain is the perfect environment for smart contracts, as all the data stored is immutable and secure. The data of a smart contract is encrypted and can exist on a public or private ledger, meaning that the information recorded in the blocks can never be lost, modified, or deleted.

Blockchain integration into smart contracts gives developers more flexibility, as they are not limited to only one type of data. Developers are also able to implement a diversified array of transaction options during smart contract deployment.

Smart contracts can, in theory, be used to entirely monitor and manage systems and organizations. This type of system has been implemented to some extent in various cryptocurrencies, in which the governing conditions of the network are pre-defined, thus enabling the platform to autonomously and independently governate itself.

Every smart contract consists of three integral parts, which are also known as objects:

To be able to exist, smart contracts are required to have a specific suitable environment in which they can operate. The first criterion of the environment is to support the use of public-key cryptography, which enables the signing off of transactions via the cryptographic codes that are uniquely generated for each user. This is the system which is used when accessing crypto funds from a wallet.

The second condition that has to be fulfilled is to have an open and decentralized database, to which all contract parties have access. The database has to be trustworthy and fully automated.

The most convenient tool for smart contract development is considered to be Remix, an online IDE. You just copy the source code and paste it into Remix, and the code should automatically be compiled.

The Advantages of Smart Contracts

Smart contracts provide their parties with a degree of trust and act as a neutral party when the deal is signed. Also, as the process is automated, the parties involved will not be required to travel and participate in person. People from two different places in the world can easily settle transactions without ever meeting face-to-face. This saves time and money for everyone.

By being encrypted and distributed among nodes, the smart contract will not be lost or changed without permission. Another benefit is that most intermediaries are removed from the process, with only the developer making the contract being the only person necessary.

Security features can also be integrated into a smart contract to automatically generate backups and duplicates in the event of damages or data losses to the original one. Cryptography is the technology used to secure the documents. Hackers would have to dedicate a huge amount of time, effort, and money to infiltrate and compromise them.

Smart contracts also increase speed and efficiencies as there is no more manual processing of paperwork involved.

The Disadvantages of Smart Contracts

However, smart contracts come with some disadvantages. The novelty of this technology can make consumers be quite wary of it, as they do not understand it yet.

Smart contracts are codes, and these codes are written by people. As such, there is a high chance of a smart contract code having many bugs because of human errors. Contrary to popular belief, coders are humans too, and they also make mistakes. Some mistakes, unfortunately, were very costly (see the DAO incident).

If the data is already recorded on the blockchain, it is very hard to make adjustments. This may, in turn, lead to more system errors and weakened security.

Another problem is that smart contracts lack a clear legal status. Currently, there is no official government regulation that applies to them.

A lot of engineering expertise is required to make perfectly operational smart contracts. Experienced coders that fail-proof smart contracts and implement them in existing technology and processes are hard to find; and costly.

Even if you are a decent programmer, you cannot just make your own smart contract and use it for a real-estate deal. You would still need to consult an IT specialist at some point to verify the accuracy of your code.

The potential of smart contracts is limitless, and they can actually change the way we make agreements across various industries. But we cannot implement this technology en-masse, as more experimentation is needed at this point. Bugs are a common issue with these contracts, which can lead to the demise of the entire system it runs on. A real-life example is the DAO hack in which funds siphoned through a code error in the smart contract in which the money was stored.

At the moment, smart contracts are still a technology in its early stages and will require more development to be used in more advanced future implementations.

Note: This post was originally published on 10 April 2019 and has been totally updated for the completeness and veracity of the content on 7 April 2020.

UMI - is a universal monetary instrument with an open-source code that works as an instant payment system and a... 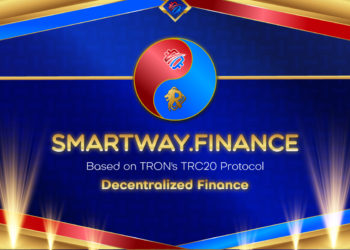 In August 2020, Token Market was excited again with the presence of a token that uses the Ethereum ERC20 Protocol... 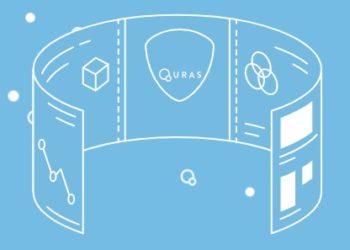 Interview with Shigeki Kakutani, CEO and Founder of Quras

There are many blockchain protocols that are vying to be the gateway to real world adoption. What makes Quras different... 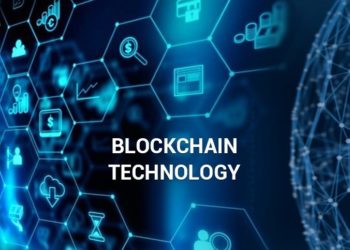 What Is a Blockchain? A Blockchain is a decentralized database or digital ledger of cryptocurrency transactions that can be seen... 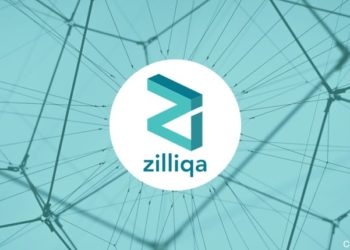 The First Ever Sharding-based Smart Contract Goes Live on Zilliqa

Today it was announced that their first smart contracts have been launched on the Zilliqa platform, a blockchain technology developed...