The Relevance of Cryptocurrency in Online Gaming

Cryptocurrency has taken the center stage of discussion across world economic forums since its inception. Today, thousands of people use various forms of digital currencies to purchase a host of products and services online.

The gambling industry that’s always open to the adoption of newer technology has well-received cryptocurrencies penetrating the iGaming market in rocket speed. Several top casinos allow funding of casino accounts with Bitcoins, Ethereum and other popular forms of the virtual currency. It’s not difficult to find a free bonus no deposit casino UK that enables transactions in Bitcoins along with an array of fiat currency deposit options. Such developments pave the way for a brighter future where gamblers can enjoy the benefits of using cryptocurrencies, such as faster and decentralized transactions, anonymity and enhanced safety features.

The Use of Cryptocurrencies In The Gaming Market

The internet gaming market has a great potential to grow cryptocurrencies. With games that allow players to earn credits, buy more and spend more, the prospect for expanding crypto is just unimaginable. These currencies can be purchased against fiat money.

Some platforms also give them away as gift cards. You might bump into a free online game that allows using game currencies for any purchase. In most cases, such games are designed in a way where the player eventually has to spend from their pockets to gain access to higher levels of the games. Tokenization of games has been in discourse since long and faced a lot of criticism as it can trap the younger audience into transacting in any form of money online.

Game developers have been exploring various avenues of tokenizing the in-game assets via the blockchain technology so that such assets are accorded a unique value that can be traded in the market. A lot of ideas are already floating in the gaming industry. Providers are building on the possibilities of introducing cryptocurrency to reward players with such currencies which can be earned while playing the game and also simultaneously used to trade for credits in the game. The plan is a little ambitious as developers are seeking to launch a currency that can also be used beyond the gaming ambit. The effort is directed towards developing newer cryptocurrencies premised on gaming that can be integrated with the blockchain technology. Soon, players might start transacting from roaring crypto wallets.

A couple of notable developers have already started blockchain-based companies to raise huge capital funds. The additional capital accrued from such initiatives is expected to spark a cumulative effect in developing the blockchain gaming market. Start-ups such as Coscos BCX, Galaxy Digital Investment Fund are among the top companies pushing this drive to build on blockchain-based online games.

The use of cryptocurrency has substantially increased in the real-time gaming world; thanks to the incentives that the games promise to give away to players upon transacting in crypto assets. It is not unusual to find players spending more time at such online games that promise additional rewards.

Advertisement
Advertise with us
Read more articles related to this subject:
BlockchainBTCSponsored
Notice: The information in this article and the links provided are for general information purposes only and should not constitute any financial or investment advice. We advise you to do your own research or consult a professional before making financial decisions. Please acknowledge that we are not responsible for any loss caused by any information present on this website.
Continue Reading... 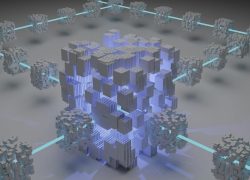 Are Blockchain Games a Fad Or Do They Have a Future?
There are few markets that are as cyclical and volatile as crypto. While some people criticize that, it’s one of the main r...
Published under:
Analysis
Read More 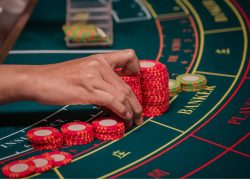 How to Enjoy Baccarat on the Best Crypto Baccarat Websites
While some people claim to have figured out how to win at Baccarat, the game’s nature dictates that there will be victo...
Published under:
Analysis
Read More 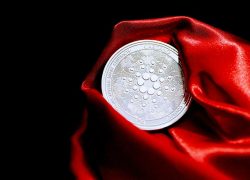 Will Supontis (PON), Cardano (ADA) And Litecoin (LTC) Appreciate After the Bear Market?
Cryptocurrency and blockchain projects have managed to attract the attention of millions of investors globally, thanks to the...
Published under:
Analysis
Read More
We Recommend
Advertisement
Advertise with us