The advancement in crypto trading platforms has seen a surge in cryptocurrency trading. Some time back, the crypto market was made up of only centralized exchanges (CEX). CEXs are susceptible to security breaches, which saw users lose their funds via hacking attacks. Decentralized exchanges (DEX) were then launched, providing a better trading environment that allows users to retain control, custody, and security over their funds.

Ever since then, numerous DEXes have adopted the concept of the atomic swap. The invention offers a seamless way of exchanging cryptos regardless of the blockchain network. An essential aspect of this technology is that it facilitates peer to peer exchanges of cryptocurrencies and greatly enhances the decentralization and trustlessness of crypto exchanges.

There are two different types of atomic swaps, i.e., on-chain and off-chain. On-chain atomic exchange is processed on the blockchain while off-chain is processed via a second network layer, e.g., Lightning in Bitcoin network. For an on-chain swap to occur, both cryptocurrencies must use the same hashing algorithm and support hash time-locked contracts.

How Does Cross-Chain Trading Work?

An HTLC contract functions like a temporary escrow which locks up funds of both parties – except that no third party escrow service is required. As they swap their coins, both parties create and broadcast transactions in a specific order. As such, they either end up with each others’ coins, or no swap takes place at all (this is what “atomic” means – no outcome can result in one party ending up keeping their coins while also receiving the counterparty’s coins).

If, for instance, one party fails to perform a certain action within the given period, the swap is canceled. The swap only occurs when the protocol is followed correctly – and if followed correctly, it guarantees a fair outcome “trustlessly,” that is, regardless of the intentions of the participants.

HTLC requires two special cryptographic locks to open, i.e., a hash lock and a timelock. The hash lock is proof that participants must present to complete tokens’ swap. The timelock key is a safety mechanism that ensures traders receive their cryptos back if a transaction is not complete within the stipulated time.

To conduct a cross-chain transaction, the following steps are involved:

Cross-chain trading offers a seamless way of exchanging digital assets without the need for third-party governance. Thanks to atomic swaps, traders can effectively exchange tokens between several blockchains without encountering interoperability issues.

Atomic swaps give token holders complete control of their cryptocurrencies at all times. Holders are the sole holders of their private keys thus have full control over their digital assets. This eliminates the risk that comes with centralized exchanges, including security breaches.

Cross-chain trading eliminates the bottlenecks experienced in crypto trading. It makes it possible for crypto traders to store all their digital assets in a common wallet instead of different wallets for each blockchain network. Also, cross-chain trading enhances crypto exchange time and reduces liquidity risk. Faster transaction time, coupled with interoperability is crucial for mainstream crypto adoption.

Block DX is an outstanding DEX powered by The Blocknet-an interoperability protocol facilitating cross-chain transactions with other decentralized exchanges and blockchains. Block DX is the first-ever DEX to offer “ultra-trustless” trading via a wallet. The platform leverages cross-chain atomic swaps meaning that trades occur without any third parties handling the funds. Users are offered complete control of their coins at all times as they trade peer-to-peer directly from their wallets.

Block DX features over 100 tokens and over 5000 trading pairs with extensive trading combinations. Thanks to Blocknet’s XRouter protocol, you can enjoy cross-chain trading at no extra cost.

Hi, I'm Ionela. My work is to maintain a connection with Coindoo's clients and ensure that our collaboration represents a pleasure for the both of us. Mainly focused on accumulating information every day in the field of communication and create a great customer relationship, from the first "Hello" to the last "Thank you". 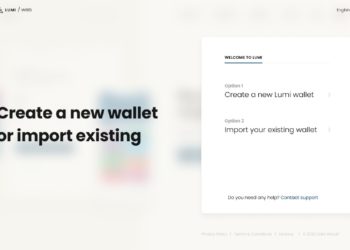 LUMI Wallet, a wallet to buy, store & exchange cryptocurrencies, has announced that starting on September 15th, their users who... 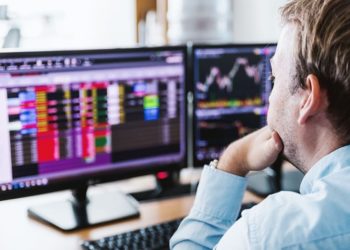 Five Ways to Stay Sane as a Cryptocurrency Trader

Trading cryptocurrencies is a proven way to make an income. Depending on how good you are, you can live off... 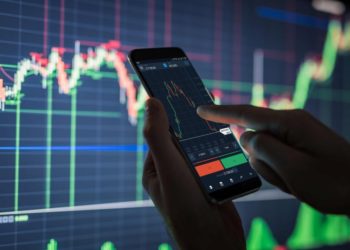 The purchase and sale of what is known as cryptocurrencies as a means of producing additional cash are becoming very...