10 Promising Cryptocurrencies under $10 to Invest in 2021

As we can see, Bitcoin is at the center stage right now in the cryptocurrency space with its unusual price gains. This is followed, of course, by Ethereum, which is literally the second-largest cryptocurrency after Bitcoin. It seems that some small-cap deserve more attention than they are getting right now. This article outlines the most promising of these small-cap cryptos, which are currently worth less than $10.

The Stellar network is one of the most recognized cryptocurrency networks when it comes to payments. Forked from Ripple, the company now closely competes with its parent company in terms of remittance settlement. The network has millions of accounts that use its cheap and fast payment network for funds transfer.

Apart from payments, Stellar is gradually becoming a hub for stablecoins, which its clients also use as a bridge when sending transactions over the network. The second-largest stablecoin by volume – USDC was just launched on the network last week. Combining payments that are becoming increasingly popular and stablecoins that merchants prefer for less volatility, Stellar’s native token XLM is likely to see much brighter days ahead.

Tron is a rather controversial cryptocurrency project that has attracted a lot of criticism from parts of the crypto community. However, despite the criticism, the Founder and CEO Justin Sun seems very focused on developing the network to compete with top projects, such as Ethereum, from which it came out and with which it shares many things in common.

While Ethereum still leads the way in smart contracts and dapps, which Tron also supports, the Tron network is starting to get an edge over Ethereum, as transaction fees due to scaling issues become a concern for Ethereum users. The network also started supporting DeFi tokens, such as Wrapped BTC and Wrapped ETH. Many of Ethereum’s DeFi fans have moved to the less crowded and less expensive Tron with this development. If this trend continues, TRX definitely has a promising future ahead.

The meme coin, right? Yea, Dogecoin is the fun cryptocurrency that was created for those who are not really into the scientific aspect of crypto to let them have fun while exploring the space. Recent events, however, suggest that there may be more to this “Dog” coin than meets the eye.

Following a series of tweets from Tesla CEO Elon Musk, Dogecoin has pumped dramatically, making it one of the best performing cryptocurrencies so far this year. Even the developers behind the crypto have left it alone for a while, but the recent pump has necessitated their return to upgrade and make sure the network is able to handle the enormous traffic generated by the new interest. Going forward, it is unlikely that the interest generated will go down, and Dogecoin may maintain its ascent up the crypto ladder.

Cardano is certainly one of the most promising cryptocurrencies under $10. The CEO of the project, Charles Hoskinson, works round the clock to see that ADA sees adoption for different use cases, as this is crucial to the value of the cryptocurrency.

So far, he has made significant progress with ADA being accepted by merchants as payment. The company has also partnered with educational institutions to use its technology to verify certificates and with governments to use the technology in governance and other areas. Though the value is still low right now in monetary terms, this could change in the future, as adoption translates into value for cryptocurrencies.

As this aspect of blockchain technology continues to grow in popularity, the value of the token is bound to increase, meaning that the future could be very bright for it.

Polygon is a Layer 2 network that focuses on providing scaling solutions. Recently rebranded from Matic Network, the network has just been integrated with the Ethereum blockchain to help bring solutions to Ethereum’s scaling issues and reduce transaction fees. As this is a serious problem facing Ethereum, Polygon is offering this much-needed solution using its token MATIC for many of the processes. The asset may take after ETH and start to fly in the future.

BAT is a cryptocurrency used to tip content creators and sharers on social media such as Twitter and Reddit. Users of privacy-focused browser – Brave also receive tips in BAT. As more people are seeking privacy, more are likely to use this browser and earn BAT, which means it will get more popular and thus increase in value. That’s why it is one of the most promising cryptocurrencies to watch out for.

Digibyte is a blockchain network that supports asset creation. It has one of the most technologically sound networks that the team claims is highly undervalued. As the quest for sound technology advances in space, Digibyte will most likely become more valuable in time.

XRP is the native token used by international payment company Ripple. The token is utilized to provide liquidity for payments on RippleNet, the payment network. XRP has not been doing well since it crashed after the 2017 bull market. The situation was worsened by the legal issues facing the company since December 2020.

However, XRP has shown strength in spite of this challenge. The asset rose 80% in 24 hours at a time when Ripple responded to the allegations against it. XRP fans said that this was a demonstration of the token’s independence from Ripple and the fact that it could do well without the company.

As payment is becoming a highly sought after service (especially cheap and fast one), Ripple is likely to gain more relevance, which means XRP will also see more adoption, making it one of the most promising cryptocurrencies on the market. Even now, the token is demonstrating great strength, with its price being above $0.5.

Ren is an open protocol network that makes it possible for blockchains to interoperate and provide liquidity for the exchange of DeFi tokens. With this function, the network plans to increase access to DeFi tokens by removing barriers to interoperability between different blockchains.

Digital currencies are a new investment vehicle, which can help you earn rewards quickly. However, cryptocurrencies are also a volatile form of investment that can lead to a total loss of funds. It’s important to keep an eye on the market size of each crypto asset. The crypto coins mentioned in this piece are likely to grow and bring more rewards in the future.

Note: This post was originally published on 29 December 2018 and has been totally updated for the completeness and veracity of the content on 15 February 2021.

Advertisement
Advertise with us
Read more articles related to this subject:
ADADGBDOGETRXXLM
Notice: The information in this article and the links provided are for general information purposes only and should not constitute any financial or investment advice. We advise you to do your own research or consult a professional before making financial decisions. Please acknowledge that we are not responsible for any loss caused by any information present on this website.
Continue Reading... 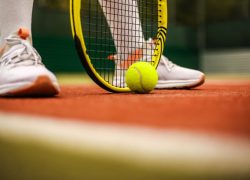 How Does Crypto Betting Compare to Fiat Online Gambling?
Per a report from market research firm Grand View Research, in 2020, the global sports betting market had an estimated size o...
Published under:
Analysis
Read More 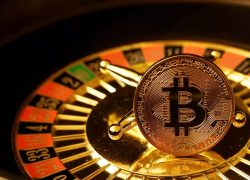 Top 5 Benefits to Sign Up to Bitcoin Casino
Gone are the days when geeks on the internet only held Bitcoin. Today, several e-commerce stores now accept Bitcoin payment,...
Published under:
Analysis
Read More 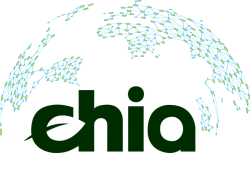 Chia Price Prediction: Market Analysis and Opinions
Investments in the green token are rising, and Chia price prediction is one of the tokens that could benefit from the long-te...
Published under:
Analysis
Read More
We Recommend
Advertisement
Advertise with us
Project Reviews