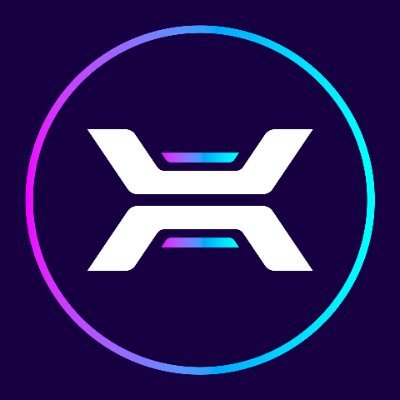 The metaverse is an immersive, three-dimensional version of the internet where people can work, play, and socialize. This new iteration of the internet represents endless economic opportunities for organizations across various industries. Analysts estimate that the metaverse could potentially become a multi-trillion dollar market in the next few years.

Following in Facebook’s (now Meta) footsteps, several large corporations are building their versions of the metaverse or actively participating in existing ones. The biggest drawback to this is the fact that those metaverses are segmented, thus making it near-impossible to create a full-fledged virtual reality.

To counter this segmentation, crypto projects such as LunaOne are developing platforms that will incorporate a host of meta activities into a single virtual world. In this short review, we will take a closer look at what makes LunaOne special. Read on to find out more about its objectives, features, roadmap, and the role it hopes to play in creating a more intuitive virtual reality.

Formerly known as HyperX, LunaOne is a new generation platform built on Web 3.0 that uses an open-world concept to let users connect virtual activities with real-world tasks. While on LunaOne, people will be able to earn, study, play games and connect with the rest of the metaverse.

The LunaOne experience will be built around avatars whose uniqueness will be confirmed using a non-fungible token (NFT). The avatars will be the main tool to connect people’s physical realities to their virtual fantasies.

LunaOne has been developed as a decentralized autonomous organization (DAO), meaning members of the LunaOne community will be able to vote on key issues in the metaverse.

LunaOne will also have a proprietary metaverse engine that will allow avatars to access every corner of the platform’s open world and engage in activities of their choice. However, users will receive more rewards for completing quests and tasks on LunaOne’s main path.

But LunaOne will endeavor to create something bigger than just a gaming environment. It intends to build the foundations for a meta infrastructure that will allow people to engage in all aspects of their daily lives without leaving the comfort of their homes.

To make the LunaOne experience as unique, immersive, and satisfying as possible, the platform will incorporate the following features:

The LunaOne platform will be truly decentralized. Any member of the DAO holding LunaOne’s governance token will be allowed to participate in development-related decision-making on the platform. Additionally, LunaOne’s decentralization will be expanded into voice, messaging, and data services.

The LunaOne team considers communication as the most important function of the metaverse that facilitates the connection between users. As such, there are plans to launch a decentralized messenger application inside the metaverse that can be used both online and offline.

To further enhance the concept of decentralization on the platform, the team developed a decentralized file storage (DFS) system. The system will allow metaverse users to connect and store data by distributing and segmenting it among members of the LunaOne community.

Through a LunaOne launcher to be developed, metaverse users will synchronize their data to the DFS and become storage nodes for the system.

LunaOne is partnering with manufacturers of virtual reality (VR) and augmented reality (AR) technology to create the LunaOne.vR gear. These branded kits will enable users to fully immerse themselves in their avatars and LunaOne’s virtual environment with all their senses, including touch and smell.

The experience provided by the LunaOne.vR gear and its components will be the closest thing to the hyper-real virtual world envisioned in Ernest Cline’s seminal novel, “Ready Player One.”

Another core feature of the LunaOne ecosystem is its accessibility via mainstream gaming platforms. Unlike other virtual reality environments, LunaOne will be readily available on popular video gaming and VR/AR platforms and hardware, including Steam, Xbox X, PS5, Vive, and Oculus. There are also plans to make LunaOne compatible with mobile phones.

Steam, Xbox Live, and the PlayStation Network have a combined monthly active user base of over 330 million. This means that LunaOne could potentially have the widest reach of any metaverse platform.

LunaOne will be split into districts where avatars will have the opportunity to purchase virtual real estate. Just like the avatars, properties will be in the form of unique NFTs, separated into different types and classes. It will also be possible for users to customize their NFT properties to better reflect their style, personality, and metaverse status.

Purchasing real estate will allow avatars to unlock quests, invite friends, and participate in events. Beyond purchasing real estate, LunaOne will also allow users to attend events, meetings, concerts, and live expos without the need to use third-party providers.

The LunaOne ecosystem will feature a ranking system that incentivizes users to build avatars. The ranking system will have sub-boards and the main leaderboard. The leaderboard will consist of the top 1% of avatars on the LunaOne platform. Those on it will benefit from a higher annual percentage yield (APY) on their staking and bonuses.

LunaOne also plans to develop an internal streaming service to increase community engagement on the platform. Users who stream their gameplay or watch others will receive several benefits, including extra experience points for their avatars.

The LunaOne metaverse will be powered by the XLN token, used for all purchases and rewards. The initial launch of XLN will be on the Binance Smart Chain (BSC). The token’s initial value will be pegged at $0.25. Of that amount, $0.14 will be pocketed by the project developers, while $0.05 will be set aside for foundations. $0.04 will be used to reward nodes, and the remaining $0.02 will be placed in a prize pool.

XLN has a total supply amounting to 10 billion. The tokens will be distributed in the following manner:

The LunaOne roadmap kicked off in 2020 when the project’s development officially started. In 2021, the team reached further milestones in the roadmap with its decentralized file cloud launch.

In the first quarter of 2022, the LunaOne team hopes to begin the predistribution of the XLN token and publish its technical paper.

The second quarter of 2022 will see XLN predistribution come to a close and distribution start. At that time, the team will also produce detailed gameplay videos for the public.

The third quarter of 2022 will see the end of the distribution of XLN. The metaverse will also go live during this quarter, and XLN will be listed on major exchanges.

The fourth quarter of 2022 will see the launching of LunaOne’s haptic suits and the commencement of buying of real estate on the platform. This quarter will also see LunaOne launch on Xbox X, PS5, and PC. The platform’s NFT marketplace will also go live in this quarter and the introduction of AR functionality to the metaverse.

By the first quarter of 2023, LunaOne users should be able to fly spaceships of their own.

The final phase of the roadmap will start with LunaOne’s Planet Nova platform going live. Users will also be able to buy and sell land. The final milestone on the roadmap will be launching the metaverse’s building system.

On paper, LunaOne promises a unique and exciting metaverse experience, seamlessly integrating gaming, business, and education into the Web 3.0 environment. The platform’s governance system also means that any decision made will benefit the LunaOne community.

The ability to access the metaverse from multiple gaming platforms also means having a wider reach than its competitors. And even if other virtual environments follow suit and make themselves available on gaming consoles, LunaOne will have gained a valuable head start already.

The metaverse is the future, and LunaOne has the potential to be the preeminent gateway to that future.

User Rating
( 5 ratings )
Rate this Company
Carl Smith
Scam Artist. Presale was .25 then dale to public was 0.05
Penelope Bateman
Legit so far and had my coins forwarded to Trustwallet with help through their Discord.
Bernard ogon
Seems like this company will be leading the metaverse pack in the coming years.
Waldemar Bezerra de Oliveira
Great project, great future.
Andrew Letchford
Exciting metaverse project
Share this Post
* The information in this article and the links provided are for general information purposes only and should not constitute any financial or investment advice. We advise you to do your own research or consult a professional before making financial decisions. Please acknowledge that we are not responsible for any loss caused by any information present on this website.
We Recommend
Advertisement
Press Releases

CryptoGames is a premier online crypto casino that offers players a wide variety of exciting and entertaining games. With a simple yet effec...