Komodo Coin Review: Is It Worth It?

Komodo
Website
komodoplatform.com
Our Rating
Users Rating
( No rating )
Rate this Company
Advertisement
Advertise with us

Komodo is a decentralized cryptocurrency based on an open-source blockchain model, launched in September 2016. The platform was forked from Zcash – a cryptocurrency that allows users to be anonymous while realizing transactions.

Komodo algorithm makes transactions be fungible, high secured and anonymous. For this, the platform uses the Delayed Proof of Work (dPoW) model. Remember that all transactions are being charged with low fees.

How does Komodo platform work?

Komodo platform successfully combines three terms: Zcash, Delayed Proof of Work and SuperNET. To see what’s behind the network, let’s briefly describe what is the terms’ importance in Komodo algorithm.

Zcash is a cryptocurrency that works with Zero Knowledge Proof protocol. This means that all your personal information – including private address, the amount of transacted money and others – remain private and anonymous to other traders.

Delayed Proof of Work protocol has become more advanced due to Komodo’s team which developed it to a new level. It provides a stronger security due to the double-layer protection that was introduced into its transaction system.

SuperNET is a model that develops the features on Nxt’s cryptocurrency platform. This allows users to operate with transactions between centralized and decentralized platforms, considering the security an important element. The Komodo cryptocurrency became the official digital money of SuperNET project.

How can you buy Komodo currencies?

You can buy Komodo cryptocurrencies from the following exchange platforms: Cryptox, Cryptopia, CoinExchange, and Bittrex.

Where can you keep your tokens (KMD) safe?

You can choose to keep your tokens in one of following three wallets. The first one is called Ledger Nano S, and it’s perhaps the safest wallet for your KMD tokens, as it keeps your private key strong secured.

The second option is Komodo Paper Wallet. Like the title says, you can choose to keep your private information on a paper. You can make a request for such a wallet right here.

The last one is called Komodo Swing Wallet and is the official Komodo wallet. The developers recommend you choose this one, because it will give you the necessary benefits you are looking for. The wallet is available on Linux, Mac and Windows operating systems.

The Advantages of Komodo platform

The Disadvantage of Komodo platform

Komodo has developed a revolutionary advanced technology. It is based on three main elements to provide what users are looking for: Zcash, Delayed Proof of Work and SuperNET protocols – and it will surely develop more in the future.

Advertisement
Advertise with us
Read more articles related to this subject:
Blockchain
Notice: The information in this article and the links provided are for general information purposes only and should not constitute any financial or investment advice. We advise you to do your own research or consult a professional before making financial decisions. Please acknowledge that we are not responsible for any loss caused by any information present on this website.
( No rating )
Rate this Company
Continue Reading... 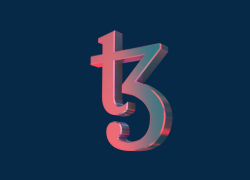