Dogecoin is one of the best-performing cryptocurrencies in 2021. Though this has been largely due to a hype caused by Tesla’s Elon Musk, it is still a commendable performance. It is worth noting that the asset rose to a price of up to $0.07, which is, by far, the highest price it has reached since its creation. Even though it has dropped slightly, it is still up there at around $0.05, which suggests that investors continue to maintain it and are optimistic.

However, the growth in price has slowed down, though, indicated by the 50 Moving Average crossing the shorter term 20 MA on the daily DOGE/USD chart. Although the 20 MA is still back on top, the 50 MA could cross over again, indicating a level of the bearish trend in the short-term. The long-term trend remains bullish, with the 100 MA far below the current price movement and serves as a support.

Dogecoin price has recently dropped, which has led to a decrease in the Relative Strength Index (RSI). The current RSI is at 55.96, roughly midway between being overbought and oversold. This suggests that neither the buyers nor the sellers have the day and so there is no clear trend as seen in the price chart.

Usually, this could lead to a consolidation. This means that the asset’s price moves within a tight, restricted range. The end result is a breakout either to the upside or to the downside. The direction usually depends on whether the bulls or bears become more powerful at the end of the consolidation phase.

Below are key support and resistance levels for Dogecoin from Walletinvestor that traders should note when making trading decisions:

Dogecoin’s price experienced a boost less than 24 hours ago; no wonder the giant green candle from nowhere. How come? It was caused by Elon Musk stating in a tweet that he will take Dogecoin to space, literally. The tweet has left many wondering if it was just an April Fool joke, but some have been moved by it to acquire some more DOGE. Musk has been responsible for most of Dogecoin’s price pump this year with a series of tweets about the asset.

According to the Tesla billionaire, SpaceX will put a Dogecoin literally on the moon. Even if he didn’t explain how this will be done, as Dogecoin is not really a physical coin, the price of the asset jumped 32% to its highest level in 6 weeks. The effect of the tweet is, however, wearing off, and the price has dropped to $0.05888.

The following are Dogecoin price prediction opinions from top websites. They may not be accurate but can serve as a guide for you.

In April, Digitalcoinprice foresees Dogecoin’s price to increase by 36.62%. According to their Dogecoin prediction, the asset is expected to reach an average of $0.08019035. This is a rather bullish price expectation, as it entails a new all-time high for Dogecoin.

Walletinvestor’s Dogecoin price prediction suggests that the price of the cryptocurrency will reach a maximum of $0.0637 in the first 14 days of April. The lowest expected price for the month is 0.0553. Below is the table with min and max prices for the next two weeks of April:

Looking at the trends surrounding Dogecoin, it is likely that the price of the asset will go up eventually. This is the cause of the bullish sentiments in the market opinions. Investors who have acquired the asset seem unwilling to sell, making it to retain a significantly high price. If the sentiment is maintained, then Dogecoin could see new all-time highs before the year runs out. 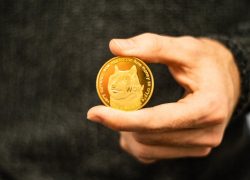 A Beginner’s Guide to Dogecoin Mining
Dogecoin has been in the center stage since its price stunts led by Elon Musk. Many people are becoming more and more interes...
Published under:
Blockchain Guides & Tutorials
Read More 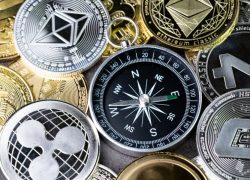 10 Promising Cryptocurrencies under $10 to Invest in 2021
As we can see, Bitcoin is at the center stage right now in the cryptocurrency space with its unusual price gains. This is fol...
Published under:
Analysis
Read More
We Recommend
Advertisement
Advertise with us 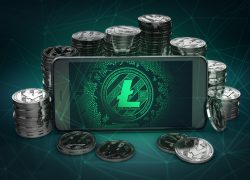