By Lorena B.
Reading Time
~ 3 minutes
Spread the Word
Advertisement
Advertise with us

The future of gaming seems to be yet another field that will be incorporated by the Blockchain technology. There is hardly any aspect of the world that cannot be improved with Blockchain.

Online gaming is no exception. This venue, much like any other, can be improved upon with the help of the Blockchain technology.

This would mean near absolute transparency, privacy, security, and efficiency.

Xbit project has stepped forward with this very view in mind. Combining online gaming with Blockchain. Let’s take a closer look at how this project works.

Xbit project has been developed to revolutionize online gaming industry and it includes a cryptocurrency in addition to an online casino based on the Blockchain technology.

The total cap of Xbit is 1 billion coins, which have all been pre-mined. One billion coins are created in this network.

As was mentioned above, Xbit has been developed by the Swiss company Counos Platform. However, it is managed and operated completely separately by Bit Gaming LLC.

Counos Platform carried out the technical aspects of the project to develop a great coin with all the necessary technologies.

Counos Platform offers many services, some of which are used in this online casino; such as the Counos Payment Gateway, Counos Staking System, and also Counos Crypto Wallets, like Counos Mobile Wallet, support Xbit Coin.

How Can Users Benefit from Xbit?

Users can use Xbit to play games and make deposits at the online casino Xbit. But also, this cryptocurrency can be used as a financial tool to transfer money and assets.

Xbit has been created for a financial service that already exist; an online casino.

So prior to the coin, a financial service, a casino, has been already established with its special services and features. This online gaming apparatus, or this online casino accepts this cryptocurrency.

Those who purchase this coin will receive benefits and interest from the casino. This is exactly like buying stocks in the casino. Because as the casino attracts more players and creates more revenue, the value of the coins increase as well.

A Blockchain-based gaming platform and a cryptocurrency specifically developed for this purpose will give the power and privacy back to the gamers and users themselves.

Many of the aspects of the online Xbit Casino are based on the Blockchain technology and are developed with the help of it. For instance, the payment gateway that is used by this casino, which is the Counos Payment Gateway, is itself developed by a Blockchain company.

On the other hand, the preferred payments of this casino are of course cryptocurrencies, including the Xbit coin.

Altogether, Xbit project intends to bring all the advantages of Blockchain for gamers and online gaming. 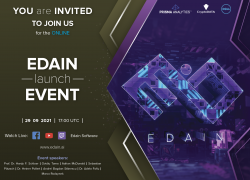