By Ionela C.
Reading Time
~ 3 minutes
Spread the Word
Advertisement
Advertise with us

Dether is a peer-to-peer mobile application that allows individuals to buy and sell ether and ERC20 tokens for cash. Any smartphone user can buy crypto with their own local currency, while crypto holders can sell crypto for cash locally.

While cryptocurrencies continue to gain traction around the world, accessing them remains difficult for a large part of the population—and Dether wants to change that. Whether it’s due to not having a bank account, a particular currency not being supported by an online cryptocurrency exchange, or expensive exchange fees, Dether hopes to remove the hurdles to buying ether and provide a frictionless cash-to-ether onramp for individuals willing to trade crypto with others.

First launched on testnet in 2017, then on the main net in August 2018, this stable release is a brand new version of the app, allowing individuals across 140 countries to have a smooth, cash-to-ETH on/off ramp with no fees taken by the company.

As a decentralized application available on mobile, the Dether app is a key solution that not only makes it easy to use cash to purchase ETH and sell ETH to make money, but also to exchange ETH to ERC20 tokens using the same wallet. The app also allows users to locate shops around them that accept crypto as a means of payment.

“The newly released Dether app represents a unique opportunity in the crypto space for individuals to access an ether onramp that gives them the greatest amount of control possible over where and how they buy and sell crypto,” said Hamid Benyahia, Dether co-founder.

The Dether app has been fully redesigned with frictionless onboarding, allowing individuals across the globe to buy and sell ether without the need for an email address or phone number verification.

By locating ETH sellers near them on the Dether map, crypto buyers can now reach out to sellers without needing to use a third-party messaging application or central server. This stable release includes a decentralized, in-app chat, built using IPFS (interplanetary file system).

The app also includes a variety of technical improvements, such as faster transactions, multiple transaction management, live transactions, app notifications and the ability for sellers to sell ETH while keeping their Ether in their wallet.

The stable release of the Dether app is currently available as a progressive web app (PWA) on Android using Chrome and iOS using Safari at https://get.dether.io

Dether is a mobile application and decentralized OTC network of crypto buyers and sellers in over 140 countries, allowing individuals to buy ether directly with cash. Learn more about application at https://dether.io.

What Will Happen if Bitcoin Keeps Falling and You Cannot Sell Bitcoin in Dubai?
It is always an issue for cryptocurrency holders to sell Bitcoin in Dubai before it is too late. As the market begins to fall...
Published under:
Press Release
Read More 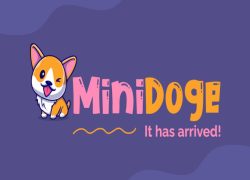 MiniDOGE Is Now Listed on Bitmart
With so much success among crypto holders, MiniDOGE finally got listed on Bitmart – one of the top 10 exchanges in the...
Published under:
Press Release
Read More 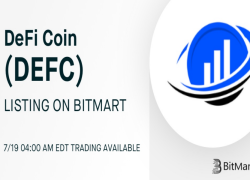 DeFi Coin (DEFC): Live Trading on BitMart Is Coming on July 19th
Decentralized finance is playing an increasingly important role in the crypto world. It is all the less surprising that DeFi...
Published under:
Press Release
Read More
We Recommend
Advertisement
Advertise with us