How to Create Your Own Cryptocurrency | Step-by-Step Guide

Cryptocurrency represents a digital asset that relies on encryption techniques to manage the generation of new currency units and transaction verification. In today’s guide will be showing you how to create your own cryptocurrency.

Choosing Your Type of Crypto: Coin or Token?

Create Your Coin by Making Your Own Blockchain

A coin runs on its own proprietary and independent blockchain. So, to make a coin, you will have to build your own blockchain form zero. 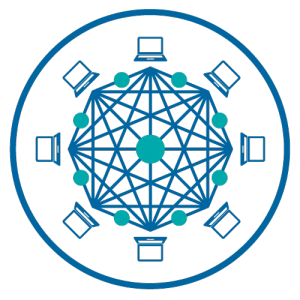 To create an entirely new blockchain requires experience and understanding in coding, blockchain technology, and encryption. This option is not suitable for new developers, as many errors can occur, and it will require a lot of time, even for experienced programmers.

However, creating your own blockchain enables you to have full control over the underlying code.

A simpler option is to fork from the code of an existing coin. You just copy the code of Bitcoin or another chain, add a new variable, modify some values, and you will have your own blockchain. Many top coins have come into existence by forking from bitcoin, such as Bitcoin Cash, Litecoin, Zcash, etc.

So you will have to know exactly where to modify the code’s parameters in order for the chain to function properly.

An easier way of creating a crypto is by using the services of platforms that give you the tools to launch your own token. This option is more feasible for those who are looking to quickly launch a crypto, as it requires less development time, spending, and maintenance.

When you build a token on top of an existing blockchain, such as Ethereum, your token uses the secure network, decentralized architecture, and implemented consensus mechanisms of the blockchain.

Tokens function similarly to smart contracts and can be programmed to represent various items or have different digital services. Tokens are usually launched in ICOs of Security token offering (STO), to help projects and startups get the funds they require for their operations.

How to Create Your Own Cryptocurrency?

Build Your Own Blockchain or Fork 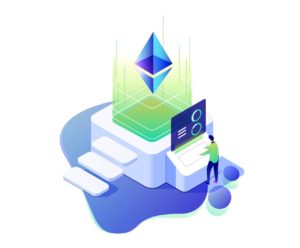 You can choose from various Open Source Blockchains. You can fork Bitcoin’s or Litecoin’s blockchain by downloading them from Github.

It is more recommended you to use open-source technology to create your own blockchain, as developing a block-chain from scratch takes a great deal of time and money.

2. Download and Install your Blockchain on a Live Server.

3. Access your server using SSH via putty as administrator (root access) to install the blockchain directly on a live server.

4. Run the following commands one by one (we will be using Multichain in our example).

5. Now we can go on to create a blockchain by running the following commands:

Before starting your chain, you will have to make some adjustments according to what you need in your chain to create your own cryptocurrency, as blockchain cannot be changed after they get started.

Below we will be featuring some of the most important parameters that should be modified.

Access your server using SSH via putty as administrator and run the command:

Here are some of the parameters that you should modify:

After making the alterations, save the params.dat file.

Access your server as root (administrator) and run the following commands to start your blockchain:

With this command, you will produce the First Block, which is known as The Genesis Block.

Access server using SSH via putty as administrator and run the following command:

The command allows you to get into the interactive mode.

Use a Token Platform

Consensus mechanisms, or mining protocols, represent the code that handles how new tokens are issued and verified the validity of transactions before adding them to the block. The most popular consensus protocols are PoW, PoS, but of course, there are many others you can look into.

Based on what consensus mechanism you’ve selected, it’s time to choose your platform.

By far the most popular is the Ethereum blockchain, with the ERC-20 standard having been used for most of the tokens issued so far. You can also opt for other user-friendly platforms that will walk you through the process of creating your own cryptocurrencies, such as NEO, EOS, NEM, Waves (WAVES), Hyperledger Fabric, IBM blockchain, HydraChain, BlockStarter, and IOTA.

3. Customize the Nodes and Internal Architecture of Your Chain

Establish what functionalities will your blockchain have and customize your nodes to fit those needs. From these nodes, you can set your permissions (private or public), hardware requirements, etc. This part is similar to when you modify the parameters of a forked chain.

Parameters you should take into consideration are the address format, block reward, etc. Be sure to set them before you run your blockchain for the first time as there is no possibility to make any changes after that.

You might not have pre-built APIs into certain platforms, but there are third-party blockchains API providers, such as Colu, Bitcore, BlockCypher, ChromaWay, Gem, and Tierion.

Your cryptocurrency will now need an interface that will allow end-users to check out your blockchain. You need to make sure you will have to configure the web, FTP servers, and external databases, and the other front-end and back-end programming in order to allow for future upgrades.

The graphical interface should be easy to navigate, display blockchain details clearly, and it won’t hurt if it’s also aesthetic, although most crypto interfaces focus on simplicity.

6. Establish the Legality of Your Crypto

Before launching your crypto out into platforms like Bitcoin Pro, first, make sure that it is compliant with the laws and cryptocurrency regulations of the country or region you want to make it available.

If you have decided to create your own cryptocurrency, know that it will require some effort on your part, be it through a token platform or a blockchain fork. But, either way, you should have fun with your first crypto project, and you can always perfect it or launch a more advanced one later on.