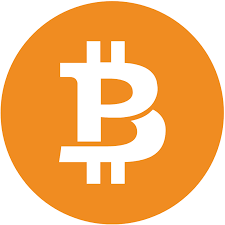 BitcoinPoS
Website
bitcoinpos.net
Our Rating
Users Rating
( No rating )
Rate this Company
Advertisement
Advertise with us

Bitcoin Proof of Stake (BTP) is a new cryptocurrency that merges the strongest features provided by the Bitcoin core code and the efficiency of the Proof of Stake consensus. In essence, it is a Bitcoin that you can stake.

Bitcoin core is based on the Proof of Work consensus algorithm, which has several issues, such as slow processing times, vulnerability to 51% attacks, difficult scalability, and the mining process is expensive and harmful to the environment.

However, Proof of Stake is more efficient, upgradable, and features increased scalability.

Just like BTC, Bitcoin PoS (BTP) has a total supply capped at 21 million BTP with a similar issuing rate. But in this network, new tokens are created by stakers, and instead of the block reward halving every 4 years like with BTC, the block rate is reduced by 25% every 700k blocks, also every 4 years.

As Bitcoin PoS relies less on computational power, stakers can mint new coins with less-expensive hardware, which needs to be updated on a constant basis. This makes the network more accessible to all types of users, and, in turn, more decentralized.

Network security is a major issue with cryptos, as holders do not want to lose all their coins because of a vulnerability in the system. The 51% attack is one of such vulnerabilities that can be exploited when mining becomes too centralized. And, as we mentioned above, PoW systems are highly susceptible to mining centralization.

If someone executes a 51% attack, one entity controls 51% of the network hashrate, and that person or entity can intentionally eliminate or change the ordering of transactions and prevent other miners from completing blocks.

By moving the entire Bitcoin codebase to a PoS system, the network’s resilience to 51% attacks is increased, as the coin will be based on a decentralized design. With Bitcoin PoS, the attacker would need to control at least 50% of the network’s token supply, which is harder to do than taking over 51% of the hashrate.

A Proof of Stake crypto requires less electric energy to generate new coins than Proof of Work networks. Bitcoin PoS drastically cuts the energy consumption of Bitcoin by 99%. This is one of the main reasons why Ethereum decided to switch from a PoW consensus to PoS, and why the team is working overtime to quicken this transition.

Cryptos based on PoW, such as Bitcoin, have been proven to be hazardous to the environment, as the complex algorithms that need to be solved require a lot of complex machinery and energy.

BTP’s integration of Proof of Stake makes Bitcoin greener and reduces its harmful impact on the world. The design of the Proof of Stake system is simpler, more efficient, and environmentally friendly.

In a PoS system, validators do not have to compete against each other like the miners in the PoW systems in order to be the first to solve the equation and get the reward.

BTP validators are selected by an algorithm that generates their “stake” based on how much coins they set aside in their account. Also, if a validator shows malicious intent or inappropriate conduct, he is promptly removed from the network in order to keep the integrity of the system intact.

Not everyone can mine Proof of Work coins, as users would have to find access to cheap electricity sources and have the capital to invest in buying and maintaining expensive mining hardware.

To generate new Bitcoin PoS coins, you do not have to set up a mining rig, as Proof of Stake networks require less computing power. This allows stakers to use regular hardware, such as their laptop or desktop computer at home to mint new coins. As users do not have to invest in expensive hardware, more can join the network and, in turn, make the crypto more decentralized.

All validators have to keep a certain amount of BTP in their wallet without withdrawing them for a period of time (this action is called staking). Based on the amount they have staked, a certain number of coins will be credited to their wallets as a staking reward.

While Bitcoin does have several unique functionalities that make it a valuable asset, by combining its fortes with PoS, BTP brings forth a new cryptocurrency that is far more useful.

Advertisement
Advertise with us
Read more articles related to this subject:
FeaturedRecommendedSponsored
Notice: The information in this article and the links provided are for general information purposes only and should not constitute any financial or investment advice. We advise you to do your own research or consult a professional before making financial decisions. Please acknowledge that we are not responsible for any loss caused by any information present on this website.
( No rating )
Rate this Company
Continue Reading...