As the market for altcoins shows signs of bullish movements, investors are becoming more and more interested in such assets, especially because Bitcoin is considered too expensive for most people. One of the altcoins that is trying to break out against all odds is Ripple’s XRP. We will look at XRP price prediction and analysis for February 2021 to help you make a decision on whether to buy or not.

XRP is the primary token used to provide liquidity for cross-border payment on the Ripple payment network, RippleNet. Ripple uses a distributed ledger technology (DLT) to provide payment services to several financial institutions around the world. XRP is currently the 5th largest cryptocurrency by market capitalization after it was displaced by Tether (USDT) in 2020 and Polkadot (DOT) recently.

2020 was a bumpy ride for XRP. Sadly, the same trend has continued this year and could get worse. The cryptocurrency, which was the third-largest, has been replaced twice to now become the 5th largest. This is as a result of the stagnation in the price for some time now. Since the bull run in November 2020, which XRP benefited from, it has been on a downward trend until recently.

The price got to the yearly peak of over $0.7 on 25 December 2020 but has been dropped sharply since then. This got worse when the SEC filed a lawsuit against Ripple, which led to the delisting of the asset on some major exchanges. The price dropped to $0.17 for the first time in the year but has since bounced back above $0.2 on the same day.

This year, XRP hit its YTD price of $0.355 on 7 January and has only dropped below $0.3 briefly but has been hovering around that price most of the time.

Looking at the daily analysis chart, XRP just printed two green candles for the first time in the last four days. Although this is a good sign, some indicators, such as Moving Averages, suggest otherwise. The 20 MA, for instance, crossed below the 100 MA since January 4 and is not even close to crossing back up.

However, the 50 MA remains on top of the 100 MA. This is technically positive, as the shorter-term 50 MA is above 100MA. Overall though, a clear bullish pattern may not be established until the 20 MA crosses above the two.

Another key metric, which is the Relative Strength index, suggests that there may be hope. The RSI currently shows an oversold condition at just over 48. This means that buyers can take control, and this will potentially drive the price up. According to a recent analysis, XRP is on the verge of breaking upward to $0.4 as it has been consolidating. This will be the first time the asset crosses above this level since November 2020.

The current green candles may be the start of that upward break (or not), but it remains to be seen as time passes. Below are important support and resistance levels to guide traders in their decisions as calculated by Walletinvestor:

Several top exchanges have decided to delist XRP following the court case against Ripple and its executives. The latest of these exchanges is Kraken, which delisted XRP 4 days ago. The trading of XRP is, however, halted only for US residents as the US SEC is the one alleging that XRP is a security and not a cryptocurrency. The delisting is to take place on or before 29 January, but US residents will still be able to deposit, hold, or withdraw XRP from the exchange. The announcements did not state how long the ban will last but that the exchange is monitoring the case and will adapt according to any new developments.

The following are the XRP price prediction opinions of some top websites that you may find useful.

This website is very bearish on XRP. It predicts that XRP will open February at $0.1024. The best possible price is 0.11776, and on 6 February, the price is expected to come to zero as shown in the table below:

With this, we conlcude our Ripple price prediction for February 2021. We hope that the information will be helpful in your upcoming XRP trading endeavors. 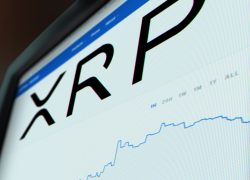 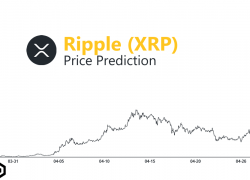 Ripple (XRP) Price Prediction and Analysis in April 2021
Ripple (XRP) is now the 7th largest cryptocurrency by market cap. It has a maximum supply of 100 billion and a circulating su...
Published under:
XRP Analysis
XRP XRP
Price at writing: $0.564593
Now: $0.865402 53.27%
Read More
We Recommend
Advertisement
Advertise with us
Project Reviews

CoinCodex App – Crypto and Bitcoin Price Charts and Data
( one rating )
If you’re invested in cryptocurrency, you are most likely accus...

Binomo Review | Fees, Security, Pros and Cons
( One rating )
The world of crypto might seem a little complicated for someone w...
Editor’s Choice

6 Steps to Start a Cryptocurrency Exchange Business
By Lavinia C. on Jun 11, 2021

EUROMANIA Gives You Free Crypto And It’s All About the Kicks
By Lavinia C. on Jun 11, 2021