Is Bitcoin really anonymous? This is a question that has become far too common among users. As much as Bitcoin is seen as one of the most secure modes of transactions in terms of security, the question of anonymity will always come up.

Lets take a step back to look at what Bitcoin really is. Bitcoin is one of the latest technologies based on blockchain. It is described as the future of money because of what it stands for.

Bitcoin is only about 10 years old but its market capitalization makes it seem so old. It has been well adapted by masses and continues to get to more and more people across the globe.

The only problem is that it’s not fully anonymous. It is described as pseudo-anonymous. With the increasing wave of crime based on the online realm, Bitcoin not being fully anonymous is a big a concern.

There are several characteristics that make bitcoin not to be particularly safe:

Every transaction involving Bitcoin takes place on a public ledger. There are two important parts of every transaction; the inputs and the outputs. These are the private and public keys.

Private keys are your passwords, while the public keys are represented by your user name, which you can share. These parts together play a very important part in achieving transactions.

Once a transaction is completed and confirmed, it is saved on a public ledger which is a blockchain. Anyone can access a full blockchain and, if they are smart enough, they can track your transactions to your real life.

Any transaction can also be seen by prying eyes. Bitcoin related services like exchanges are supposed to provide user’s information to the authority whenever it is needed. Therefore, they can see how much Bitcoins you have. This way, the government has the ability to keep an eye on your account.

You use your real information

When creating an account, need to input your real name. And when you purchase anything using bitcoins, you will be required to provide such sensitive information, including where you want the goods delivered.

Such information can be tracked. If it falls in the wrong hands, then you are in trouble. Even the online shops you buy from can be a threat.

Bitcoin ATMs offer a great solution to easy transactions with Bitcoin. But such areas have security cameras and surveillance. This exposes the users to possible dangers.

Bitcoin Mixing services are services that are dedicated to providing anonymity to Bitcoin users. A Bitcoin Mixer like https://mixertumbler.com makes sure you are able to transact without worrying about anyone spying on you.

They take your bitcoins, mix them with someone else’s and send you new coins that cannot be traced. The delay time you choose helps loose the track of anyone who might be tailing your transactions.

Bitcoin Mixers are becoming more and more common today. Thanks to the safety they offer, they are the best option for many. With a good service, you are sure to have safe transactions whenever you need. 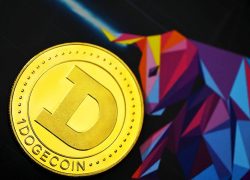 Dogecoin Gains 20% Pumping Challenge
Everyone has long been accustomed to the fact that cryptocurrencies are quite serious projects in the world of finance, which...
Published under:
Crypto News
Read More 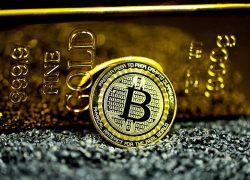 Buy and Sell Crypto With a Credit Card and SEPA & SWIFT
Bitcoins or cryptocurrency are now known than ever. Despite being decentralized or not being managed by any bank or third par...
Published under:
Crypto News
Read More 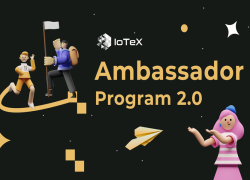 IoTeX Ambassador Program 2.0_ Get Ready For The Connected Future
IoTeX already has an active, broad community of users and fans. Now the company is ramping up their community building with a...
Published under:
Crypto News
Read More
We Recommend
Advertisement
Advertise with us 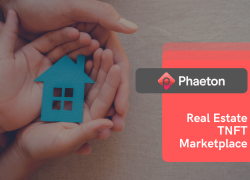 This Is How You Can Earn Passive Income with Nobility
By Hellen on Oct 19, 2021