What Is xRapid? All You Need to Know About Ripple’s xRapid 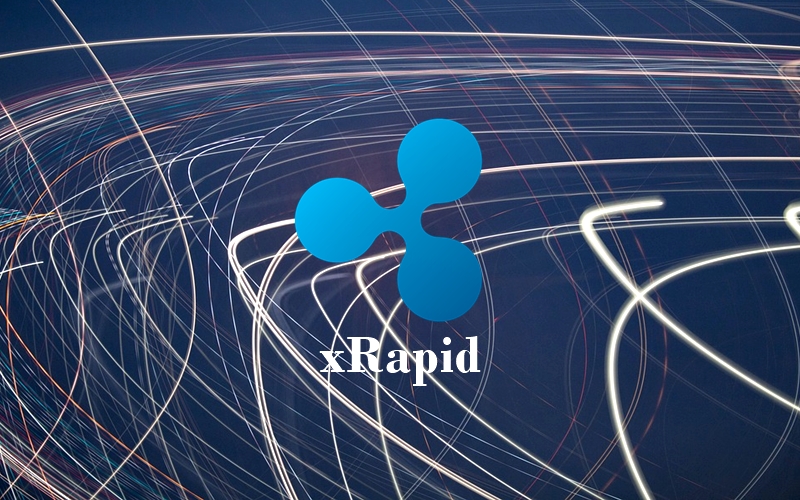 Ripple has started gaining more and more attention from investors and crypto enthusiasts alike over the past couple of months. Since its launch in 2017, Ripple has been on a continuous rise which led to various interesting partnerships with some of the world’s biggest banks.

What may come as a surprise for most crypto enthusiasts out there is the fact that despite the newly forget partnerships, there aren’t any banks using XRP (Ripple’s native token) just yet. Out of all these partnerships, most of them still take advantage of the current Ripple-based service called xCurrent.

xCurrent is an in-house product that makes communication between the users and the banks as well as the payment services a lot more effective. Ripple’s mission has always been to improve the overall speed of cross-border payments and transactions. With the announcement of Ripple’s latest technology, xRapid, the company hopes to make blockchain tech more reliable and cross-border transactions even faster.

Sending money overseas via banks can usually take days and is a process that generally involves high fees. xRapid was developed as the second stage of Ripple’s expansion, and it aims to make the XRP token the go-to token for all Ripple’s banking partners.

So, what exactly is xRapid?

xRapid is the latest product of Ripple, and it represents a big leap forward regarding evolution for the said company. The primary goal of xRapid is to improve upon the xCurrent system by making transactions cheaper and faster, having the XRP token as its central pillar for settling money transfers.

In order to streamline the aforementioned process, Ripple intends to use the XRP as a sort of “bridge currency.” To explain precisely how xRapid works, we will use a real-life example. Let’s say that a person from any European country wants to send money to another person in Asia. Through the traditional bank system, the transfer times and costs would be huge.

With xRapid, this transfer is almost instantaneous and with almost zero fees. The first person transfers the money by converting it to XRP, from which it will be automatically converted to the required currency of the Asian country specific to the recipient.

What does xRapid represent for the future of cross-border transactions?

For a person to send currency through a typical banking system, from one country to another, the person in question would require a “nostro account.” These nostro accounts are pre-funded with millions worth of local currency, to improve liquidity. Liquidity is one of the most critical aspects of any successful foreign exchange. This is also available for banks as they need a good level of liquidity in order to be effective.

Through the typical transfer method, the money sent by the first person from Europe (we will use the same example) is then exchanged from one type of currency to the new one via these pre-funded, nostro accounts. Banks usually have local nostro accounts for any kind of currency in order to facilitate cross-border payments. As mentioned before, these types of nostro accounts are very inefficient.

Ripple aims to convince banks to change or replace these nostro accounts with digital cryptocurrency, namely with the XRP token. This will remove the need for specific bank accounts for each foreign currency, thus making the system not only safer but a lot more effective.

Is it going to be easy?

The simple answer is mostly – no, it’s not easy. Currently, Ripple is hard at work on convincing its partners to give this new technology a shot, as most of them are still using xCurrent. According to numerous reports, various partners have started testing the new product, and early studies show that they reported somewhere around 40-70% in savings.

The company intends to further expand its reach, and that xRapid will be entering mainstream banking systems by the end of 2019. Of course, this is somewhat easier said than done, mainly since not all baking institutions are inclined towards using blockchain technology. If this strategy proves successful, this will be an excellent thing for Ripple simple because as the XRP token will be used more, the daily volume of XRP will also most likely experience an incredible surge. This will inevitably make Ripple an even bigger player in the competitive and exciting crypto sphere.

xRapid is a huge deal for Ripple, as well as for the future of cross-border transactions. This system uses the XRP token to offer on-demand liquidity which translates into lowered costs and improved transaction times.

xRapid has the potential to completely solve the problem of payments into emerging markets which require pre-funded local currency accounts, just as long as Ripple’s banking partners are willing to give it a shot. So far, it seems that things are going as planned, as Ripple’s quite optimistic regarding the future expansion of its services.