What Awaits Ripple in 2020 – A Breakthrough of Resistance or New Lows?

The third crypto by market cap, Ripple, has failed to live up to investors’ expectations last year, but is there a chance that 2020 will be the year of redemption for XRP or will reach new lows?

We will be looking at some of the factors and predictions that might impact the price of XRP in 2020 and try to come up with some conclusions.

Following the Bitcoin surge in 2018, XRP also saw a substantial increase in price, reaching an all-time high of $3.65. But then in 2018 came the great crypto winter in which all altcoins, including XRP, lost most of their value.

While XRP debuted 2020 on a rather positive note, it should be noted that the coin lost over 90% of its value from its 2018 highs, which placed XRP at the top of the worst performers of 2019. The biggest price movement of last year was a drop of 30% in November, and the current price of Ripple is $0.272759. 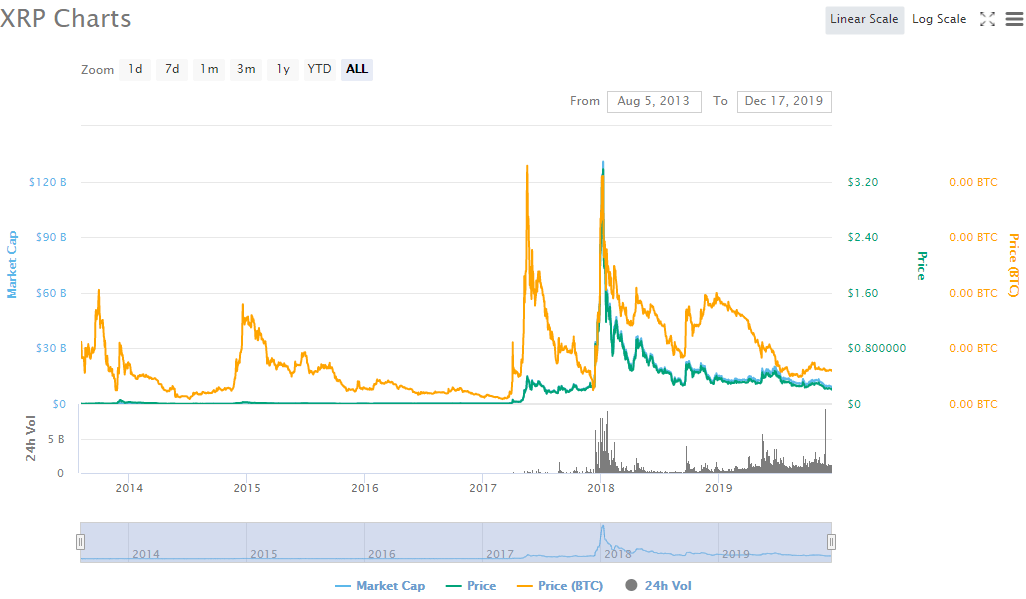 Crypto prediction website, InvestingHaven, believes that the Ripple has high chances to growth this year. They stated that the bearish trend at the end of 2019 was just “traction in adoption,” and that we should “expect a bullish outcome before March 2020″ for XRP.

Veteran investor, Tim Draper, also foresees that XRP will go bullish in the next few months. “Looking at the three-time growth of Bitcoin over the past 5 months, one would expect a similar result from XRP.”

Draper went on to say, “The company is actively developing, expanding the sphere of influence, enlisting the support of large financial institutions and constantly improving the technology of transfers.”

“In addition, Ripple is owned by SBI, a large corporation with companies such as R3. Everything indicates that the current situation, only the calm before the storm, in our case, before the explosive growth.”

Oracle Times is also highly optimistic about XRP’s performance for 2020, expecting an increase of 2000% should Ripple become the number one coin used for executing cross-border payments by financial institutions.

From what we observed, most of the top names and sites form the industry are very bullish on XRP.

Another important factor that could heavily influence the progress of XRP is the number of partnerships it has. Ripple already prides itself with an extensive network consisting of 300 financial institutions, such as Santander Bank and American Express. Many of these companies and platforms are currently working to integrate Ripple’s technology, RippleNet, to enable high-speed transactions.

MoneyGram to facilitate cross-border payments in the next years. RippleNet technology was officially implemented by the PNC treasury management to enable cross-border settlements between banks. Also, SBI Ripple Asia, which is a subsidiary of SBI Holdings, announced that they will be delivering a store settlement service via the use of SBI Holdings and Ripple’s payment app named MoneyTap. The service will be based on xCurrent, Ripple’s blockchain solution which was designed to provide near-instant domestic remittance services between banks. Ripple also publicly announced that it would acquire $30 million of MoneyGram shares at $4.10 per share, and in the next 2 years, they plan to buy 20 million USD worth of shares. Should more partners join the network and start implementing Ripple technology, this should also give a boost to the XRP price, especially in the long-term.

The Ripple company has encountered many legal issues, having been involved in a prolonged lawsuit which could greatly reflect in the price of the company’s native crypto.

The US SEC filed a class action against Ripple stating that the tokens were purportedly sold as unregistered securities.

A final verdict on the matter was expected on January 15, but the decision was postponed indefinitely by Judge Phyllis Hamilton. While XRP has not been declared a security, the case was not overturned, and this uncertainty about XRP still lingers. If the committee declares XRP a commodity, then its price might see an increase.

The CEO of Ripple, Brad Garlinghouse, argued that while Bitcoin (BTC) is still a good crypto for store of value, XRP is better suited for payments.

He stated, “I’m bullish on BTC as a store of value, but not for payments. You don’t want to use BTC at Starbucks b/c by the time you get your coffee, it’ll be cold.”

At Wall Street Journal event at the World Economic Forum in Davos, Garlinghouse hinted that Ripple might hold a public initial offering (IPO) in 2020. 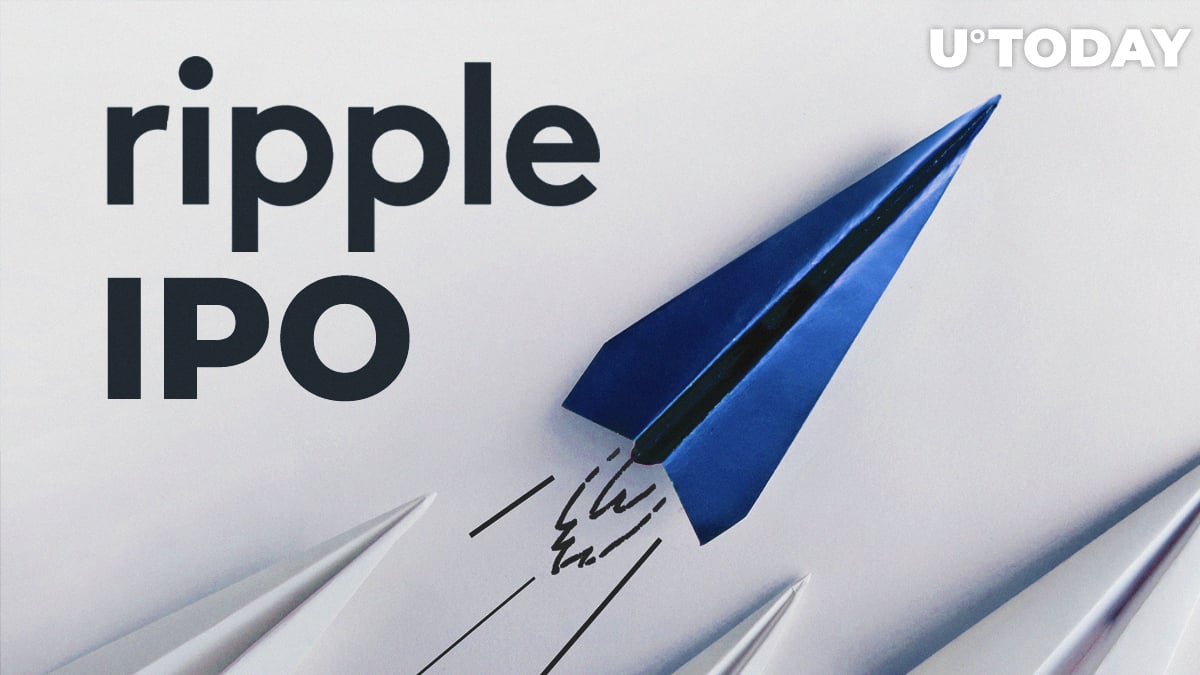 Ripple finished its Series C funding last week, with the company raising $200 million. The Series C round is usually the last phase a company finishes before going public.

The crypto community took to social media to express their worries regarding the price of XRP after the public offering commences. Some believe that the IPO will doom the XRP token to an irrecuperable crash, especially when you look at how XRP fared in Q4 od 2020.

Christy Ai, Boom Bust anchor, stated that the CEO is risking devaluing the price of XRP if the company goes public:

“When a company IPOs, it sells its shares to raise money. But up until now, the company has been selling coins, XRP, to raise funds… so if it now decides to sell shares and go public, XRP could potentially be worthless, obsolete.”

“[Brad Garlinghouse] just pulled the ultimate fade on $XRP holders… Oh, uh guys, yeah we are actually going to IPO now, and offer shares that carry equity so… uh… about those coins…”

There is also the problem of XRP being continually dumped on the market which decreases the token’s price.

Huge batches of tokens are released regularly in a market that is already overflowing with XRP, which decreases the value of the individual token. And Ripple still has 220 million XRP tokens that have to be released.

In spite of the many speculations and predictions, no one knows for sure what awaits XRP this year. We will just have to wait and see if 2020 will bring disappointment or joy to XRP holders. 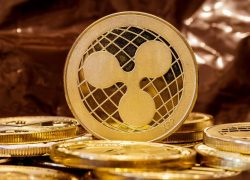 These Are the Most Rewarding XRP Faucets in September 2020
XRP is the native token of the Ripple blockchain, and it is also used to provide liquidity for cross-border payment clients o...
Published under:
XRP Analysis
Read More
We Recommend
Advertisement
Advertise with us
Project Reviews