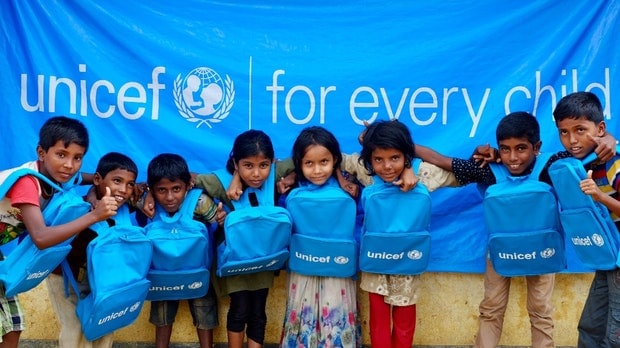 UNICEF announced recently that it was working on a prototype for accepting donations made in Bitcoin (BTC) and Ethereum (ETH), with the crypto donations not being converted into fiat.

The United Nations Children’s Fund has boosted the crypto adoption movement by announcing that it will start accepting Bitcoin (BTC) and Ethereum (ETH) donations. UNICEF’s Christina Lomazzo and her blockchain team have previously stated that they have been working towards allowing people to donate cryptocurrencies through their new pilot program.

“This is a new and exciting venture for UNICEF. If digital economies and currencies have the potential to shape the lives of coming generations, it is important that we explore the opportunities they offer. That’s why the creation of our Cryptocurrency Fund is a significant and welcome step forward in humanitarian and development work.” -said Henrietta Fore, UNICEF Executive Director.

“The Ethereum Foundation is excited to demonstrate the power of what Ethereum and blockchain technology can do for communities around the world. Together with UNICEF, we’re taking action with the Cryptofund to improve access to basic needs, rights, and resources,” declared Executive Director of the Ethereum Foundation, Aya Miyaguchi.

She continued: “We aim to support the research and development of the Ethereum platform, and to grow the community of those that benefit from a technology that will better countless lives and industries in the years to come. We’d like to thank UNICEF and the UNICEF family of national committees for their leadership as we create real progress together.”

The pilot will be released in collaboration with other branches of the agency: UNICEF USA, UNICEF Australia, UNICEF New Zealand, and UNICEF France.

But unlike other initiatives of this kind, UNICEF will keep the donations as crypto, deciding not to convert them into fiat. The international organization will apparently be making the most of these funds by HODLing and spending them as cryptocurrencies.

The reasoning behind this approach is that it will provide more transparency and attract more donors to the cause. As transactions are recorded on the blockchain, no funds can disappear as everything is visible on the ledger and one can see where the coins have been sent.

UNICEF and its many divisions have shown that they are open to crypto initiatives and donations in the past year. It now seems that more international entities are interested in crypto and blockchain, signaling that a strong adoption trend might be coming soon.