by Lorena B.
in Blockchain Guides & Tutorials 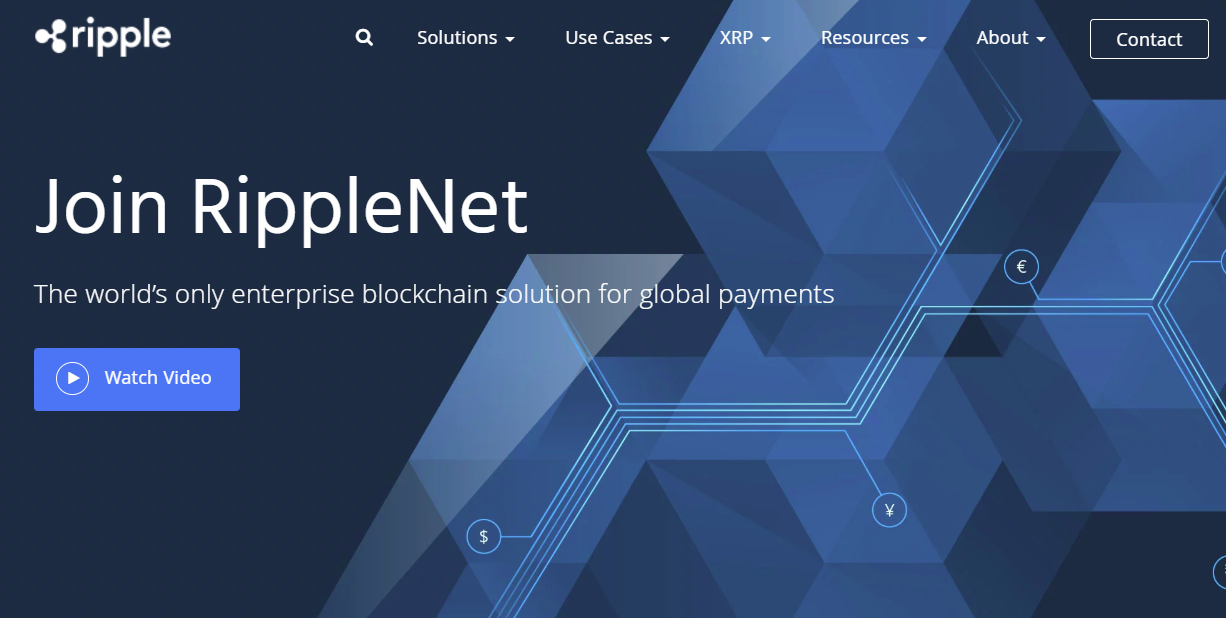 If you are looking to purchase some XRP, here is a list that will help you pick out the best Ripple wallet of the year 2018.

What is Ripple (XRP)?

Ripple is a cryptocurrency that was developed to function differently from other altcoins out there. XRP was designed to allow nearly instant and direct monetary transfers between two parties. In fact, it is said that Ripple can process up to 1000 transactions per second.

The transactions are also extremely inexpensive. Ripple is also the name of the company that developed its own custom sidechain called the Ripple Transactions Protocol, or Ripple Network for short. The Ripple protocol does not allow chargebacks, meaning that all transactions are irreversible.

Since it is the third highest-ranking cryptocurrency by market cap, and considering the benefits we mentioned above, it is no surprise that it’s attracting more and more investors with each passing day. 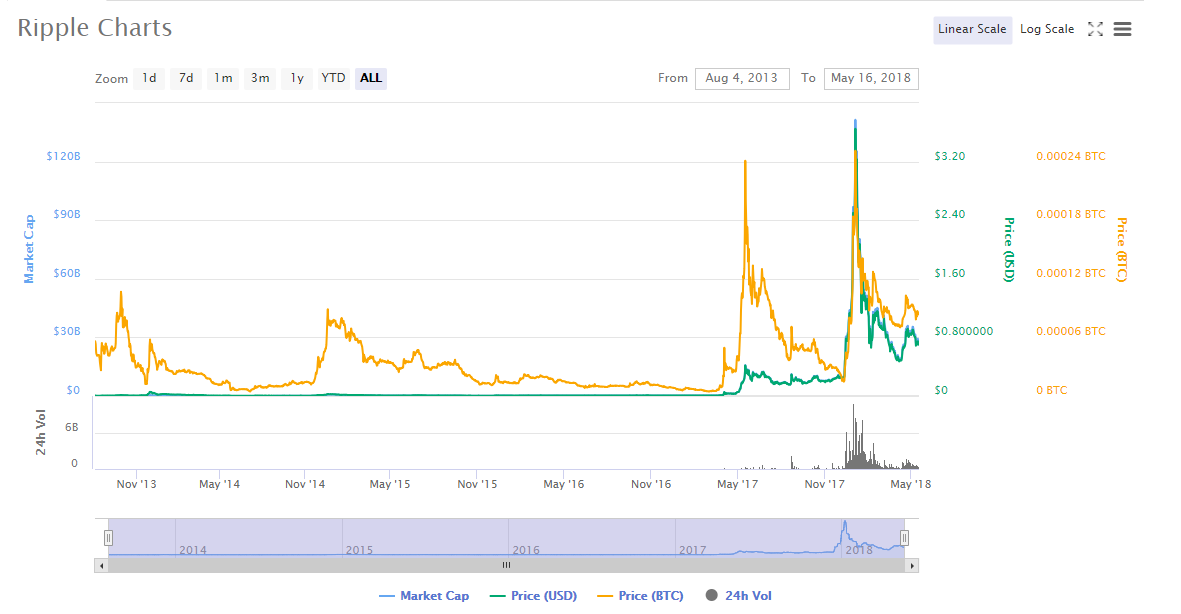 But finding the best Ripple wallet is no easy feat, and as such, we have created a list with some of the most promising options that support XRP storage.

The Ledger company is based in France and has been manufacturing cryptocurrency hardware since 2014. The Nano S can store Ripple, as well as Bitcoin, Ethereum, and a large list of other cryptocurrencies. Check out our review about the Ledger Wallet. 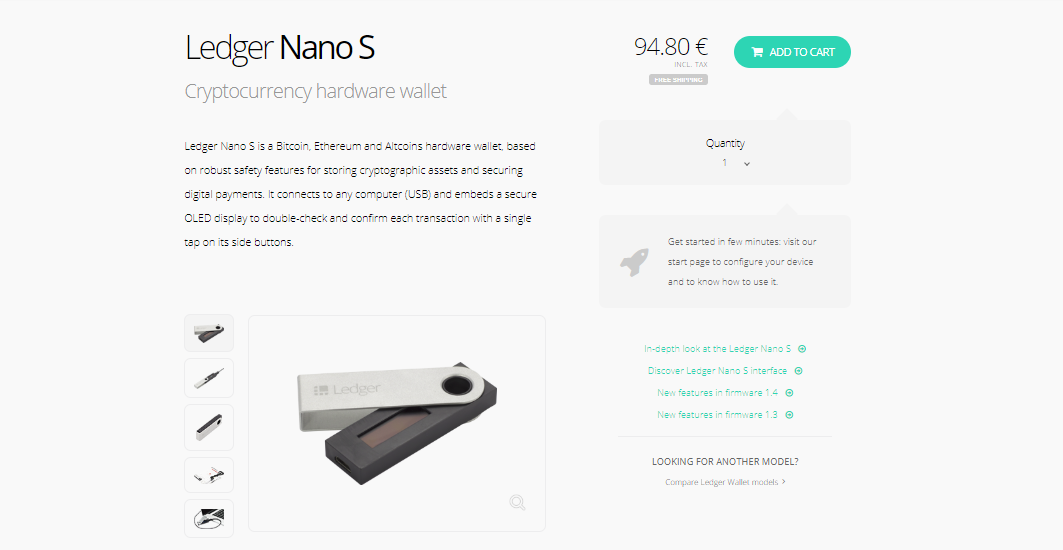 What makes this software stand apart from its competitors is its increased security. Private keys are kept safe from hacks or leaks, as the data is stored in a protected environment on the hardware. The only way you can access your data is with the help of a PIN code.

Supported operating systems are as follows: Windows 7, 8, and 10, macOS, Linux, and Chrome OS. It connects to your PC and mobile device via USB.

A secure and light crypto wallet that also supports Ripple XRP is Guarda. Guarda is a wallet which has integrated a variety of coins and features into its app in order to provide the most convenient service for its crypto holders.

Not only XRP coins are supported; Bitcoin, Litecoin, Monero, and many others can also be managed from just one wallet.

As Guarda values the privacy and security of its users, it does not record any private wallet data. Keys and backups that are generated are instantly encrypted in AES and never leave the user’s device.

Guarda users are able to exchange their Ripple into other cryptos if they wish, as there is an integrated exchange service available.

The Cryptonator wallet is web-based, meaning that it will work on your desktop, tablet and mobile device, provided they include decent browsers. It supports a wide range of cryptocurrencies, as users can trade their XRP with other digital coins at very low rates. 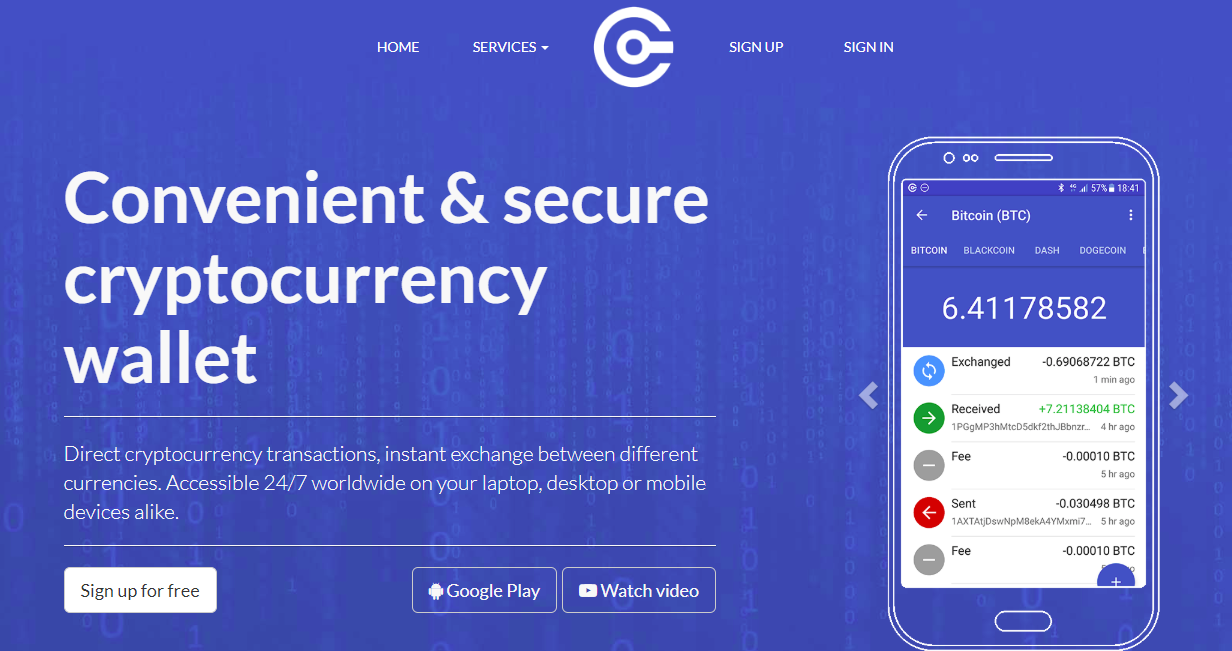 Another layer of protection is provided by a two-factor authentication (2FA), as you will be provided with a one-time password. This means that suspicious IP addresses will be blocked by the wallet, thus keeping your data safe.

Exarpy is a web-based desktop wallet, even though it works on mobile web browsers just well. Exarpy does not physically store your coins, but it offers the tools which enable you to perform transactions on the Ripple Network.

Please note that 0.025XRP will be charged by the wallet as a flat fee for each transaction. This includes the Ripple Network fee, without any other hidden charges. Exarpy keeps your data protected with the help of a 16-digit PIN code. This combination of 16 numbers is what lets you access your account. Be careful where you store it and also try not to forget it, since you won’t be able to recover your account without it. 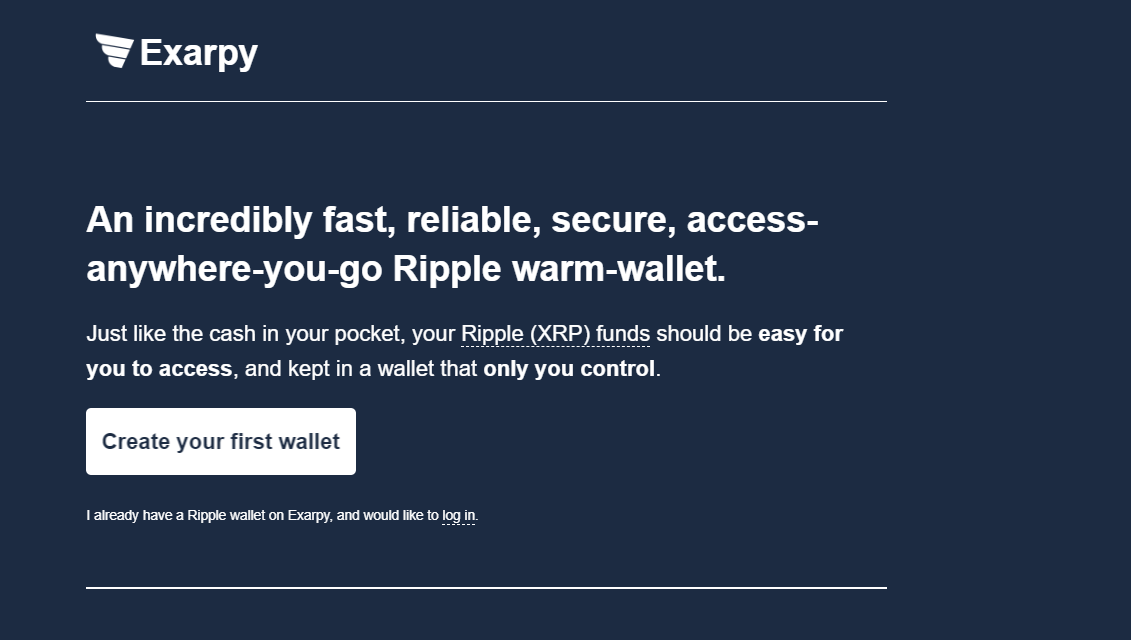 To use this web-based wallet, you have to deposit a minimum of 20 XRP or the corresponding amount in Bitcoin (BTC), Ethereum (ETH), Ethereum Classic (ETC), or Augur (REP). You can also make deposits by using any typical bank account.

Additionally, you can trade and exchange cryptocurrencies on the GateHub platform. The interface is very simple and easy to use, making it ideal for beginner users.

The Rippex wallet was built based on Ripple Desktop Wallet’s design. This open-source wallet was developed by the Ripple company. It comes with support for all the major OSes out there, such as Windows, macOS, and Linux. The source code can be accessed by anyone from the project’s official GitHub repository. If you have programming skills, you can even compile your very own version of the wallet.

The private keys of your wallet are stored on your computer, making the solution a bit safer than other web-based counterparts. Another great advantage is that it has no limit to how much XRP you send or receive.

Unfortunately, they announced that they have reached the end of their closing schedule, which means that their services have been permanently disconnected. Here’s the official statement of Rippex. 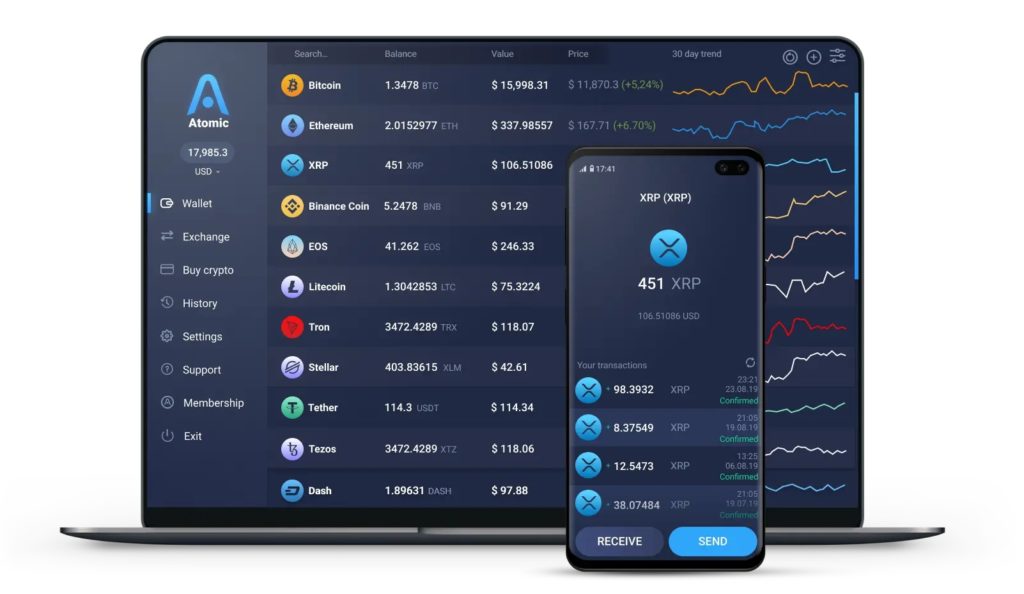 Atomic Wallet is a mobile and a desktop wallet where XRP users can take advantage of the many functionalities this wallet has to offer. In addition to Ripple, you can also deposit and transfer 300 other coins and tokens, such as Bitcoin, Ethereum, Litecoin, and Monero.

If you want to trade your existing coins with other assets, you can do so with the wallet’s exchange function. There is also the option of buying coins with fiat via Visa or Mastercard.

You do not have to worry that the wallet’s owners or staff will access your account or funds, as only you are able to get in your wallet. None of your data leaves the device you are using, and everything is in encrypted format.

Both Android and iOS mobile devices have apps developed for their systems. For PC or laptop users, Atomic has created Windows, macOS, Ubuntu, Debian, and Fedora apps.

Toast Wallet! (yes, with the exclamation mark) is a free, open-source wallet that supports XRP. It can be used on both Android and iOS devices with the same ease. There are also versions that work on your desktop devices running Windows, macOS, and Linux.

The app’s GUI is easy to use, and the top-notch security features keep your private keys safe on the device and not online, allowing you to always be in full control of your funds.

These are the best options when it comes to storing your XRP in 2018. We hope this guide will help you find the perfect app for your needs and maybe offer a bit of guidance if you want to get into Ripple trading.