Top Crypto Trends That Every Trader Should Know

The cryptocurrency market has been the most highlighted financial market in recent years. Traders all around the world are moving their funds towards the virtual currency market with an expectation of a high return on investment. The end of 2020 was phenomenal, and the number of investments in the crypto market escalated sharply. The improvement in blockchain technology and the emergence of thousands of altcoins have led the market towards the dominance of virtual currency over traditional banknotes.

The pace at which the digital currency market has grown indicates future potential. The news regarding crypto is now trending on the internet, and more and more traders are getting curious about it. The matter of fact is that now nations all around the world are looking forward to mining their own cryptocurrency. In this effort, China is quite near to launch its own official cryptocurrency “e-yaun”. Alon with China many other nations are showing interest in mining their own cryptocurrency.

There are certain ongoing and upcoming trends that would change the market dynamics. A successful trader is always looking forward to cashing the benefit from ongoing trends and plan the future with upcoming trends. This article would help you to get aware of some game-changing trends in the crypto market that are most probably going to impact the market in near future.

Increase in the Number of Institutes Embracing the Virtual Currency

There was a time when institutions were reluctant to take a step forward in incorporating crypto payment systems in their business. Now, things have changed and organizations have realized a greater good behind virtual currency implementation. There are multiple firms that accept Bitcoin, such as Microsoft, PayPal, Subway, Xbox, BMW, At&T, and few other global institutes.

Recently before the end of 2020, PayPal allowed its users to use PayPal account for dealing in bitcoin. Plus enabled millions of wholesalers to benefit from bitcoin payment options. Square has invented more than 200 million in bitcoin so far.

The most significant impact was made by Tesla when the company announced the investment in bitcoin. The pace at which companies are embracing cryptocurrency indicates that in near future the role of virtual currency as a payment method is more likely to exchange the traditional payment options.

Blockchain as a Tech Solution

The demand for tech solutions raised as the pandemic hit the global economy. The pace at which the world was moving towards digitization escalated sharply, forcing several businesses to convert their business model into tech-based infrastructure. Blockchain technology’s role is not limited to cryptocurrency. The Ethereum charitable program led the world food organization to issue crypto-based vouchers that could be used in the market for refugees.

The involvement of blockchain in bring changes to Election machines used for voting is another big step forward. The issue of fraud is quite prominent in elections, as the existing technology used to facilitate the election process is not secure enough. The blockchain would be used to make the election voting fraud-free.

Greater Scope for Bitcoin and Other Cryptocurrencies

The current market cap for bitcoin has reached an all-time high of 600 billion US dollars, the numbers are incredible, and so is the future for bitcoin in upcoming years. The virtual currency price is getting more and more volatile, indicating huge investment potential. The introduction of AI-powered systems in crypto trading platforms has also excited the people, to know the best bitcoin trading platform of 2021.

The future growth is quite certain, as bitcoin and other cryptocurrencies are gaining institutional support. The regulation issues regarding virtual currency are becoming less relevant, as the world is welcoming electronic currencies, free from jurisdictions and controlling bodies. Several countries in Africa are bringing regulation amendments regarding cryptocurrencies, in order to embrace virtual currency with a legal framework.

The United States and many other developed nations have positive stances towards cryptocurrency regulation. Although, there are constraints and limitations placed on cryptocurrency by the states in order to control its vulnerable effects.

Continuation of the Crypto Rally in 2021

2020 is considered to be the best year for virtual currency rise in the global economy. As many investors and financial institutes participated in escalating the crypto popularity around the world.

The future is looking quite bright and capitalizing, it would not be wrong to expect the rise of crypto to enter the mainstream structure of the economy. The mass adoption of digital currencies is more likely to change the structure of the monetary policy.

Blockchain technology has been bringing significant impact in bringing change to businesses’ functionality and infrastructure. Many businesses are looking forward to taking advantage of blockchain to resolve operational issues.

Central Banks Interest in Introducing Their Own Cryptocurrencies

The most concerned organizations regarding cryptocurrency are banks. As bitcoin and other cryptocurrency are making their place in different economies, Central banks are worried about the dominance of virtual currencies in their economy, as native currency value has started to diminish.

The Success of Ethereum Along with Bitcoin

Bitcoin crashing the threshold every New Year has become a new trend. For the last few years, bitcoin adoption and price have escalated more than the expected limit. After bitcoin, if there is any virtual currency that has made its place in the market is Ethereum.

The price fluctuation of Ethereum is amazing, and many consider ETH price more stable. It was concluded from past patterns that as Bitcoin price has escalated, Ethereum has also shown a significant rise in its performance.

Although the difference between the market share of bitcoin and Ethereum is not small, on the other side, the fact is that ETH is the only cryptocurrency that seems to dominate the virtual currency market after bitcoin.

Featured
Centaurify & The Music Industry Revolution
The pandemic has left many industries in ruins—including the music & performing industry. And it should not come as a s...
Published under:
Press Release
Read More

Featured
Will Pulse Bomber Be a First-Mover to the New PulseChain Network?
Pulse Bomber – A new token and crypto mining platform that has recently released on the Binance Smart Chain, is quickly...
Published under:
Press Release
Read More 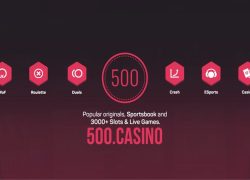 Centaurify & The Music Industry Revolution
By Hellen on Nov 26, 2021

Will Pulse Bomber Be a First-Mover to the New PulseChain Network?
By Hellen on Nov 26, 2021