The Token Sale of the FairWin Gaming Platform Goes on

by Adriana M.
in Press Release

FairWin is a decentralized online gambling platform that ensures fairness of winnings, as the special FairChannel guarantees the precise RTP (return to player) rate. The system is based on Blockchain, which means the game process is open. The payment of winnings is automated and does not depend on the organizers.

Unlike in the other gambling platforms on the Ethereum blockchain, here the player makes only two on-chain transactions — when he begins the game and deposits tokens and when he leaves the game and withdraws them. This way game speed is accelerated and gas cost is reduced.

The FairWin company also provides interesting, atmospheric games with captivating graphics, which can be run on any device and in any browser, so that all players can enjoy the experience.

Now FairWin is getting ready to release the “Yggdrasil” game about a magic tree, based on Scandinavian mythology. In Scandinavian mythology, Yggdrasil is the Universe Tree. Players, by landing special symbols on the reels, will accumulate magic mana and grow the tree. The game prototype will be published on the project’s site.

Another slot game – Top Drop, about Colombian smugglers – is under development now, too. This game will be quite unusual. There will be 15 lines, two bonus levels, a few variants of free spins, the helicopter and symbol shooting features. The player will also have an opportunity to choose one of three characters.

All games on the FairWin platform will work on the FWIN tokens, which will serve for making bets and receiving prizes.

Participation in the pre-sale requires filling in the registration form and leaving a request for a certain amount of tokens. After August, 7th they will be issued for distribution between the participants of the first stage of the pre-sale. 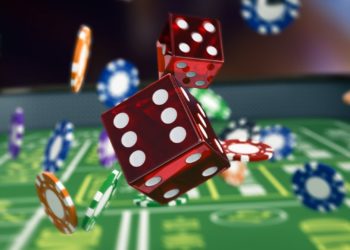 There are many online bookmakers that provide various options for gambling. Any sports fan knows when to place the bets...

What the Wire Act Means for Cryptocurrency

Crypto casinos stand to gain the maximum if the US government decides to implement their renewed views on the Wire...