The Future Will Run on Blockchain: Predictions for Blockchain Implementation (Infographic)

By Lorena B.
Reading Time
~ 4 minutes
Spread the Word
Advertisement
Advertise with us

Blockchain technology first came to us at the same time Bitcoin did, in 2009. They came hand in hand, as the blockchain allowed Bitcoin to take on the unique traits it’s so well known for today. However, it took people a couple of years to realize that this tech can be applied to more than cryptocurrency. Much more, as it turns out.

From then on, the power of blockchain would swiftly take the spotlight in various industries. The way it handles data makes it extremely useful in a plethora of sectors: it requires no middleman for the data to be transferred, the data is immutable once transferred, and it’s fully transparent. Even those who’ve never dabbled in these kinds of subjects can see how useful these characteristics can be in mending many industry ills.

Up until now, blockchain technology has been finding more and more applications in many spheres. But what can we expect from blockchain in the future, both near and distant?

One obvious prediction for the immediate future is that blockchain will become significantly more prevalent in our lives. Many projects involving blockchain technology in realms like healthcare, shopping, and insurance are already underway. Innovations such as smart contracts have already started to gain popularity. It’s simply a matter of time until this tech becomes a common-day occurrence in our day-to-day lives.

Perhaps most immediately felt by everyone, the blockchain will likely take the reins of the Internet of Things, a communication network between a group of appliances. Just imagine a community-owned, self-driving car, or your mobile phone letting your house know you’re almost home and turning on the air conditioner to cool your home down for when you arrive. All of that would be possible with the implementation of the blockchain.

A bit further down the road, let’s say twenty or thirty years from now, even more, drastic changes will come our way due to the blockchain. For one, most governments will probably integrate both cryptocurrency and blockchain technology into their infrastructure. The UK’s FSA is already implementing it. Since cryptocurrency is easier to track than fiat money, and it also reduces settlement times, the decision to undergo this transition makes a lot of sense.

Another way in which the blockchain will affect our world will certainly be done in the trade industry. The blockchain’s takeover of trade is almost unavoidable. This industry has always struggled with finding and sticking to a reliable model. Thus, the trade business would benefit tremendously from this, as its immutability and transparency would rectify the many issues that plague it, like, for instance, problems with counterfeit merchandise.

Though blockchain technology is still in its relative youth, it promises to grow into a massive, paradigm-shifting entity. While it still has a long way to reach this status, with the right funding and implementation, it’s but a matter of time until it does.

Hopefully, this article has shed a little light on just how important a role blockchain technology will play in our future. That’s exactly why it’s becoming increasingly more vital for everyone to educate themselves about both it and Bitcoin, its greatest implementation so far.

Do you find your knowledge on blockchain technology and Bitcoin lacking? If this happens to be the case, then why not go through this amazing infographic by Bitcoinfy?

This useful graph will give you the rundown on all the basics you need to know. If you’ve ever wondered what an ICO is or what blockchain technology actually does, this guide is exactly what you need. It presents all this and much more in a visually stimulating manner, without shoving walls of text in your face.

So without further ado, here’s the infographic on all you need to know about Bitcoin and the blockchain. 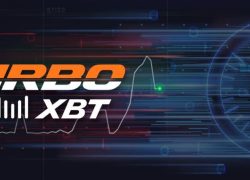 How to Make Your First $100 Profits on TurboXBT
The tales of instant profits may appear impossible, particularly to a trader who has experienced the negative side of the vol...
Published under:
Analysis
Read More

EcoWatt: The World’s First Climate Change Governance Token
By Lorena B. on Sep 17, 2021

Massive NFT and Token Giveaway From Polker as Staking is Announced
By Lorena B. on Sep 17, 2021