KuCoin, a popular crypto exchange, revealed that the first project that has been introduced on its KuCoin selection program will be Blockcloud or BLOC.

The KuCoin exchange broke the news to the crypto community through a tweet, after which it posted an official announcement on its website on 23rd July 2019.

“Users may deposit the recommended token to KuCoin in the specified time period. If both the token amount and the number of people depositing the token reach the required amount within this period, KuCoin will announce the trading opening date separately.”

The KuCoin Selection program was launched to provide the community with better services and to “satisfy the project recommendation requirements of the community users as well as promote and enrich the construction of the project ecosystem on KuCoin.”

If both conditions are not met by then, the listing will be put on hold with a follow-up operation to be presented soon after. KuCoin states that they will also disclose on 25th July 2019 at 18:00 (UTC+8) to how many users have made deposits in addition to the total number of deposits. The reason for this disclosure is to keep the community informed of the evolution of the program.

What’s more, KuCoin will be holding a special airdrop in which it will allocate 4,800,000 Blockcloud tokens to the users that have made a deposit of at least 50,000 BLOC during the program period.

Advertisement
Advertise with us
Read more articles related to this subject:
Crypto AirdropsKuCoin
Notice: The information in this article and the links provided are for general information purposes only and should not constitute any financial or investment advice. We advise you to do your own research or consult a professional before making financial decisions. Please acknowledge that we are not responsible for any loss caused by any information present on this website.
Continue Reading... 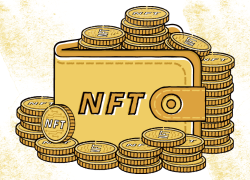 Best NFT Airdrops and Giveaways for June
Cryptocurrencies are part of blockchain projects that serve different use cases. For example, crypto worth is based on how ma...
Published under:
Analysis
Read More
We Recommend
Advertisement
Advertise with us
Project Reviews