More and more news about cyber-criminals trying to make thefts of crypto currencies appear in the online environment, but we assure you that you have never seen something funniest like this time. It’s a unique and funny incident on the other hand.

This is about a “victim” who was willing to give Bitcoins to a scammer, only if he agrees to paint his face like a raccoon and make a little clutter through the trash located near the house. Of course, the pictures became viral immediately.

According to Irish Mirror, the Neil Murphy “victim”, a 34-year-old man based in Belfast has received a notification from an unknown person who was requesting Neil to send him some Bitcoins. The action took place via the social media platform Facebook. Of course, the first impression of the man was that the whole idea was a scam, but he changed his mind in order to amuse himself a little.

The Bitcoin Scammer was asking for 0.15 Bitcoins

Yousef, the Bitcoin scammer, who claimed that he was born in Egypt has accepted the challenge, only if Neil will raise the amount of Bitcoins. The man decided to send the Egyptian 0.15 Bitcoin if he dressed like a raccoon and search in the rubbish located near the Neil’s house.

When Yousef asked for $ 100 in Bitcoin, Neil answered:

“I cannot trust you. I have been scammed before. “Last time I sent somebody the Bitcoin and he sent me a picture of him dressed as a badger instead of a racoon and he didn’t even scavenge in a bin.”

In turn, Yosef insists, “I’ll wear the raccoons and send you a picture”. “I also love raccoons very much and we have a farm that has a lot of them”.

Because of the lack of the necessary outfit, Yosef assured Neil that he would receive the required pictures, but it would take two days to create the outfit. With a desire to amuse himself, Neil told that “Ok maybe you don’t even need to buy a costume you could just put some white stripes on your face and you will look like a natural raccoon.”

To have fun about the results, Neil Murphy asked Yosef to draw black-and-white lines on his face in order to create an image roughly similar to the look of a raccoon. He also urged this operation to take place at night, as well as to turn down the bin.

Of course, in moments of despair, Yosef has accepted all the challenges from Murphy and the result is a funny one.

Below, there are pictures with the conversation between Murphy and Yosef as well as the result of the challenge. Source: Irish Mirror. 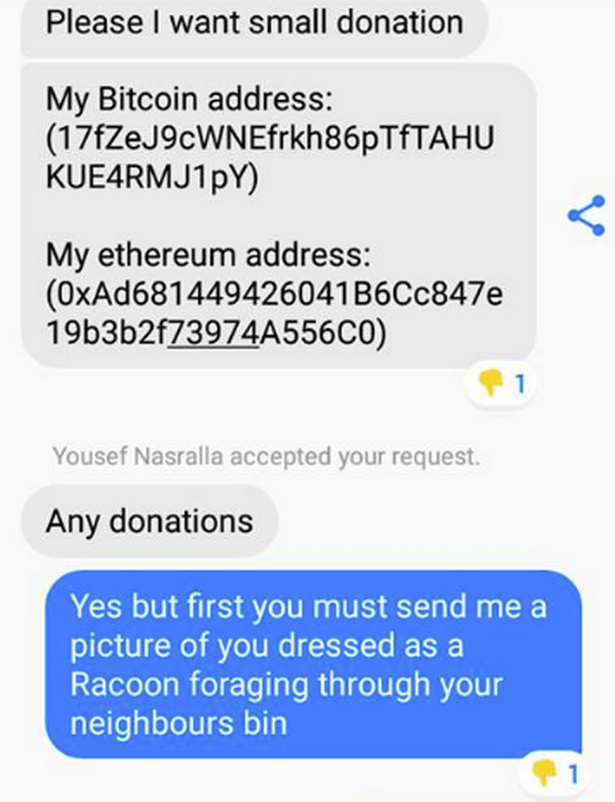 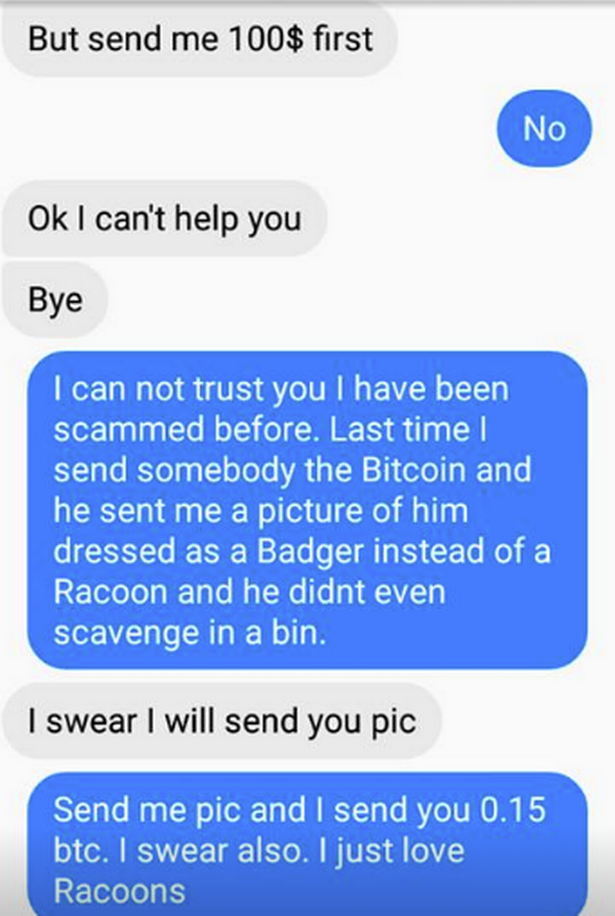 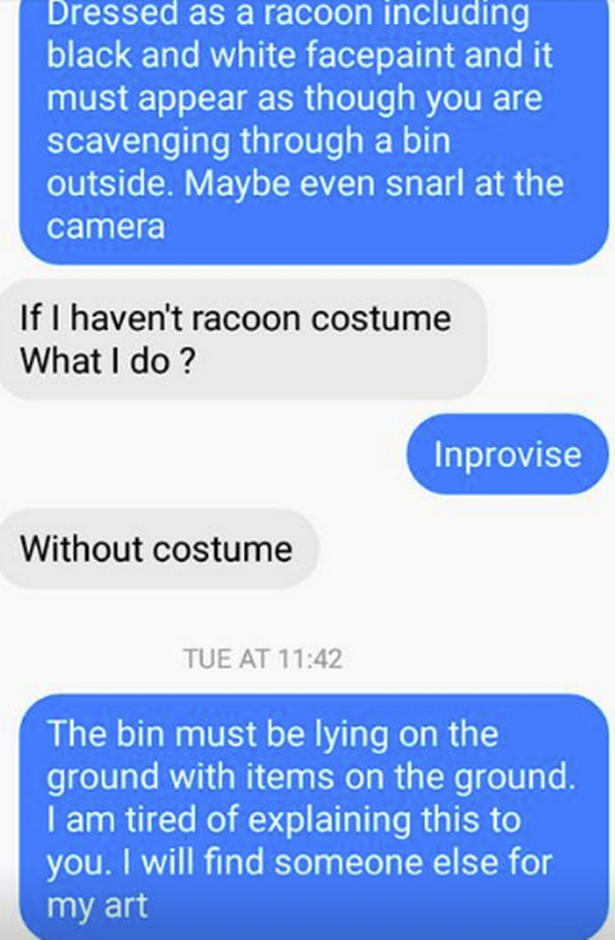 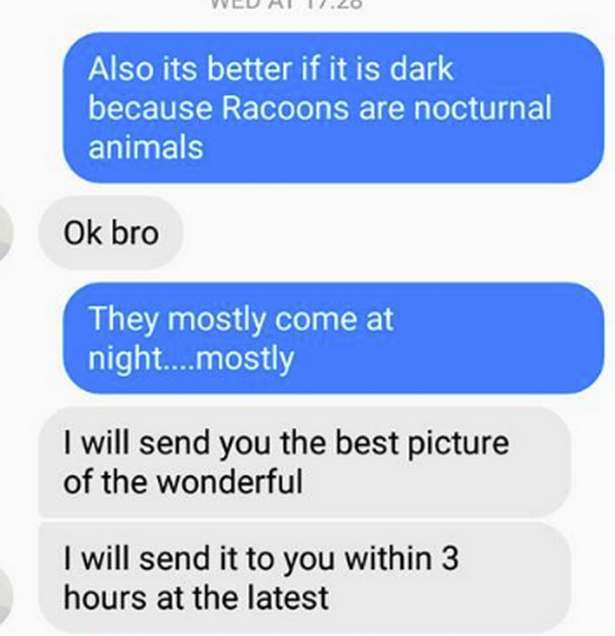