Polkadot (DOT) has won a place among the top cryptocurrencies by market capitalization. If you intend to invest in it, you have come to the right place. We have prepared the Polkadot price prediction for the month of February 2021.

Polkadot is a blockchain project that makes it possible for different blockchains to interoperate. The project seeks to establish a decentralized web upon which privacy is key and control is given to individual users. They are looking to facilitate the creation of new apps, institutions, and services easier for developers.

The Polkadot network uses its native token DOT network guidance and operation. The project was created by Web3 Foundation, a Swiss organization that is working on creating a fully decentralized web. Polkadot’s unique strength is its ability to process multiple transactions on the parallel chains that are created using DOT.

As the need for blockchain interoperability grows, Polkadot is becoming a much sought after project, which may be what causes the recently observed price increase. The token became the fifth largest cryptocurrency after XRP. It currently has a market cap of $15,604,356,737, with a circulating supply of 906,486,611 DOT. $2,688,009,468 worth of DOT have been traded in the last 24 hours, and the current DOT price is $17.26.

DOT price started to rise in mid-January, taking the price to an all-time high of over $18. It was around the same time that it was able to displace XRP from the fourth position temporarily on Coin Market Cap. The price has dropped to $15 before rising again to the all-time high, followed by another drop to $15, from which it is slowly recovering.

The cryptocurrency has been trending upwards in the last few weeks, as shown by the sudden price rise, but it is currently in consolidation. If the price breaks out of the consolidation in an upward direction, the price may be ranging higher. However, if it breaks downward, the price may dip significantly.

The former scenario is more likely to happen considering the current circumstances. The 20, 50, and 100 MA show there is no sign of a death cross anytime soon. The death cross indicates a trend reversal, so its absence shows a trend continuation upward if other things remain the same.

For those who trade cryptocurrency, there are major resistance and support levels that they should take note of. These are calculated by Walletinvestor as shown below, which you can use to guide your trading decisions:

The protocol will take advantage of Polkadot’s cross-chain and parachain features to allow faster and cheaper transactions on Ethereum’s crowded DeFi ecosystem. STP 2.0 will be launched at the end of Q1 2021, while the new Standard Tokenization Protocol is expected to be fully functional by Q3 2021.

It is important to get the opinions of some experts on how DOT is likely to perform. The following are DOT price predictions from some top websites that predict future price performance for February 2021.

Polkadot price prediction from Walletinvestor says the asset will start February at $16.899. The lowest expected price for the first 14 days of the month is $14.195, and the highest expected during this time is $23.95. Below are the predicted daily prices for the next 14 days.

Digitalcoinprice forecasts that DOT will reach an average of $25.2 in February, meaning an increase of 56.91%.

These are the price analysis and predictions for Polkadot in February 2021. If you intend to invest in it, we hope this article helps you to make the right decision about your investment. Remember to find out as much as possible before investing, as only you are responsible for your decision.

Read more articles related to this subject:
DOT
Notice: The information in this article and the links provided are for general information purposes only and should not constitute any financial or investment advice. We advise you to do your own research or consult a professional before making financial decisions. Please acknowledge that we are not responsible for any loss caused by any information present on this website.
Continue Reading... 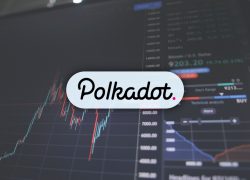 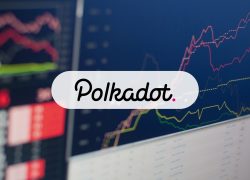 Polkadot (DOT) Price Prediction and Analysis in March 2021
This Polkadot price prediction and analysis focuses on past price analysis of the coin, its developments, and market opinions...
Published under:
Analysis
Polkadot DOT
Price at writing: $35.25
Now: $40.11 13.79%
Read More
We Recommend
Advertisement
Advertise with us