Australia has long been one of the early adopters of cryptocurrencies into its midst. While not entirely crypto friendly, Australia has one of the widest selection of crypto markets in the world, while also having a high number of crypto ATMs and crypto friendly shops. There are even physical locations for cryptocurrency trading in different parts of the country, utilized by many over the past few years. So it is both surprising and very disconcerting to see the statistics regarding cryptocurrency scams in 2018, in Australia. According to a document released by the Australian government, the number of these scams rose by about 200% in the year 2018, which is a number worth thinking about. The reason for this remains unclear, while the initiatives that might be undertaken by the government remain to be determined. In the end, the scams have cost Australia an outrageous amount of money, with around $4 million of the $400 million in losses being attributed to cryptocurrency scams, as reported to the ACCC.

The real story, the real stats

According to the ACCC, cryptocurrencies became one of the most popular tools for scamming the local population in 2018. But the efficiency with which these scamming operations have been conducted in the past year has been increased by a whole lot, as compared to the previous years. Exploiting the harshness of Australian regulation towards casinos, crypto scammers offered potential victims to play online casino games on their websites. The scammers pretended that the websites offering to play the games were international casinos, licensed to operate within Australia as per the regulatory requirements. Once the users signed up, they were asked to deposit certain cryptocurrencies into their accounts. The untrackable nature of the cryptocurrencies and the issues associated with understanding the ownership of the digital wallet these were deposited to, resulted in the cryptocurrencies being lost, once they were transferred to the casino. Most scammers ended their relationship with the victims there, but some took it a little further, allowing the victims the illusion that they were playing while getting them to send more and more cryptos into the digital wallets owned by them. Over time, this resulted in the scammers acquiring a huge amount of funds, all in crypto, from the unsuspecting victims.

The stats show that the increase in scamming resulted in a $147 million increase in overall funds lost since 2017, globally. It is not currently known what part of that can be attributed to cryptocurrencies. But the known part is this – about $4 million of the reported funds were crypto related. What is even more disheartening is the fact that this is only the tip of the iceberg, as ACCC states that a big chunk of the scams and lost funds might have never been reported by the victims. It also goes to show that it does not matter what age you are or how tech-savvy, since the most frequent victims to such scams were aged 25-35 years. This statistic is one of the more important ones, as it shows how much more tech-savvy people need to be before they are qualified to identify whether a website is a scam or not.

This report has been met with disappointment and outcry from many an Australian Bitcoin casino. Such scams damage their reputations and cause fewer people to try and play with them. They are also fearful that this statistical report will cause the government to act brashly and introduce harsh legislation which will only serve to further harm the legitimate businesses, while not doing much to protect the citizens.

Learning how to protect the users and yourself

This is why many casinos, qualified sources, and researchers try to identify ways to help the government and the users protect themselves. There are many ways to protect yourself from a scam, but the most successful ways are always dependent on the users themselves. While the government may introduce all kinds of legislation, the problem with the scams is that they do not care about laws. They will attempt to operate no matter what. This is why it is required that users get educated about scams and what they look like, and learn to protect themselves from such scams in the future. There are several ways to get around to learning this and getting better at protecting yourself.

One of the best things you can learn to do, in order to protect yourself in the future, is to learn to critically analyze a page and understand what identifies a scam. While this might seem a little challenging, it does not take too much effort, and only requires a basic understanding of several aspects of a casino. Remaining suspicious, constantly looking for flaws in the design, withdrawal systems, and terms and conditions will assist any user in identifying what might be a scam.

Make sure that you go about the internet to look for reviews and opinions on the casino that you are about to engage with. This will be the easiest step in trying to identify whether a casino is legitimate or not. If it is a scam, you will likely either find no reviews and opinions on the casino or a myriad of different people talking about why it is dangerous and how it is a scam. If either one of those appears, definitely stop yourself from engaging with the website and never go back. If you would like to help other potential victims, go ahead and report the casino to your local scam watch.

A casino might even have some good reviews, but still not be legitimate. Some scams might be buying positive reviews for themselves, making this not an entirely reliable source of information. Always do more than just look at reviews – make sure to analyze the website yourself.

Identify people behind the casino

While this might seem like an obvious thought, not everyone will go about doing it. If you can identify the people who are working the casino, verify the operational license and also make sure that the company is real and not simply a front, then you are quite possibly dealing with a real casino. If you are unable to identify any one of these things, it means you will not be able to get in touch with the owners of the casino, which makes the probability of it being a scam quite high. Avoid the casino and report into the authorities, so that you can benefit the general populace as well.

In recent times, trading cryptocurrencies has become one of the most rewarding enterprises to indulge in. Although it comes with...

Can Use of Cryptocurrencies Save the Economy of Venezuela?

Overcoming the Economic Crisis of Venezuela  Venezuela President Nicolas Maduro has decided to include digital currencies or cryptocurrencies for domestic...

Online gambling sites have been around since the ’90s, and over this time some of them have gained a reputation... 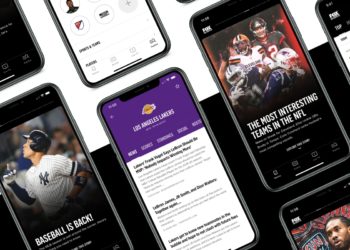 Staying up-to-date with what is happening in the sports world is really important for people who live and breathe sports....