Speaking on how blockchain technolgy has positively impacted the financial institution, an HSBC executive— Mark Williamson, has recently made it known that the bank’s blockchain-based FX system has helped it cut the costs of settling foreign exchange trades.

Williamson, the chief operating officer of FX cash trading and risk management who is also in-charge of the bank’s blockchain project—HSBC FX Everywhere, stated that: “the HSBC FX Everywhere platform saved it 25 percent as compared with traditional methods.”

Going by an announced from HSBC last month, a total of more than 350 billion in transactions has been completed using the HSBC FX Everywhere platform. This equates to about 3 million forex transactions. Additionally, about 150,000 payments were made over the last year using the digital ledger system.

According to Williamson, between 3,500 to 5,000 trades are being processed every day on the FX Everywhere platform. He also stated that: “We’re able to demonstrate that this is not a one-off proof of concept or just one or two trades, ” The exec also confirmed that a “significant” amount of internal money flows are likely to be settled on the DLT system.

HSBC which joined the blockchain consortium startup R3 in 2015, has since then made some major contribution to the blockchain space. The bank has also formed several partnerships targeted at increasing its grasp on the market. One of this partnership is the recent collaboration with Bank of America and the Singapore government on a blockchain supply chain trial. The bank also joined the Utility Settlement Coin (USC) project. A project developed to make it convenient for global banks to conduct a variety of transactions with each other using collateralised assets on a custom-built blockchain.
With this recent revelation from Williamson, it is clear that major financial institutions are already capitalising on the numerous benefits DLT has to offer.

Based on a recent report, the world-renowned banking group — HSBC has started the application of tokenized technology into its... 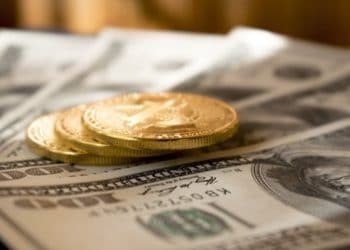