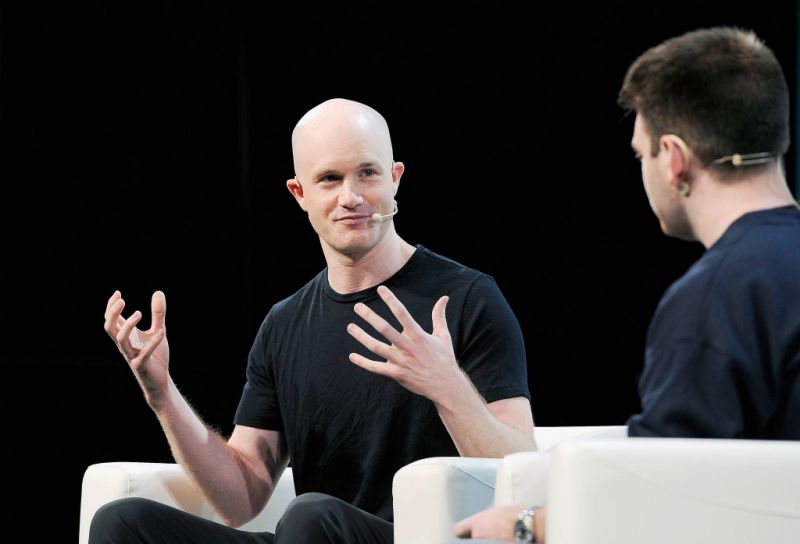 Bitcoin (BTC) has been trading sideways over the past few weeks. After a season of pullback, Bitcoin could make a strong comeback, according to Coinbase CEO Brian Armstrong.

He revealed the next Bull Run would be driven by the entrance of institutional investors into the industry as institutions are putting $200-400 million a week into cryptocurrencies.

And because of the herd mentality of institutions, the move will likely trigger a chain reaction among other institutional investors.

“Whether institutions were going to adopt crypto or not was an open question about 12 months ago. I think it’s safe to say we now know the answer. We’re seeing $200-400M a week in new crypto deposits come in from institutional customers.”

Whether institutions were going to adopt crypto or not was an open question about 12 months ago. I think it's safe to say we now know the answer. We're seeing $200-400M a week in new crypto deposits come in from institutional customers.

Armstrong made the remarks barely hours after the San Francisco-based crypto exchange released an official statement regarding its acquisition of Xapo – a well-respected name in the world of crypto custody.

Since the start of 2019, Bitcoin has witnessed significant upward momentum that has allowed it to surge from lows in the $3000 area to highs of almost $14,000. After surging to an all-time high of almost $20,000 in December 2017 then plunging below $3500 in December 2018, the top-ranking digital currency has recovered more than half its losses.

Many Bitcoin investors are also looking towards things like the eagerly awaited Bakkt crypto platform as well as the approval of the Bitcoin exchange-traded-fund to boost prices. However, since announcing Bakkt in August last year, the platform has postponed its launch date on multiple occasions. Initially, the platform was scheduled to launch on the 12th of December, 2018. The team, however, pushed the date back to January this year. In May, Bakkt announced that it would begin user acceptance testing for physically-settled Bitcoin futures products and trading.