This article discusses Chainlink price prediction for the first month of 2021. If you have been thinking of buying some cryptocurrency, then you are in the right place because we will provide you with some of the information you will need. Just read on to find out our analysis and what other experts think about Chainlink’s performance in January 2021.

Chainlink is an oracle blockchain project that seeks to bring smart contracts into real-life application. Founded on the Ethereum blockchain, the native token LINK is an ERC-20 token used mainly to incentivize node operators who keep the network safe. Following its ICO in 2017, 32% of the LINK tokens were allocated to node operators for this purpose.

Chainlink was by far one of the best performing cryptocurrencies in 2020. The price reached close to $20 during the DeFi boom in August but has since dropped. As a large portion of the altcoin market is down as Bitcoin continues to surge, LINK is not left out of the downward move. After rising along with other altcoins and Bitcoin to reach $15 in November, it has been on a downward move, albeit slowly.

A death cross occurred between the 50 and 20 MA, indicating that the price is on a downward move or has stagnated at least. This means that no positive price movement may occur in the short-term until the trend is reversed. Also, both the 20 and 50 MAs are on their way down and could cross below the 100 MA, further worsening the situation if the trend continues.

The Relative Strength Index (RSI), however, shows that hope for a bounce may be on the way. The RSI is below 36%, which is one of the lowest levels it has reached recently before a bounce. This could, however, be heavily influenced by Bitcoin’s performance in the short-term, which is not slowing down at the moment. As is in the case for the most part, altcoins usually crash when Bitcoin rallies as it is doing now, and if the trend continues, then LINK could reach lower levels or at least maintain the current price and not go up.

Below are key support and resistance levels for LINK traders to note in making trading decisions. This was calculated by Walletinvestor:

The Chainlink team, through the Chainlink Community Grant Program, has awarded a grant to The Link Marine for the creation of a news website known as Chainlink News. In an announcement on its official Twitter handle a few days ago, the team said it was part of its strategies to give back to the Chainlink community.

The Chainlink grant program supports development teams and researchers committed to building a more robust and functional Chainlink network. The new website will be independent, and it will be used for creating, aggregating, and consuming all Chainlink news in the entire crypto ecosystem.

Among other things, the website will translate important content into many languages to help maintain the diversity of the community. They will also help to ensure that the content created by the community is easily visible to the rest of the ecosystem.

The following are market opinions from leading websites on the performance of LINK in January 2021.

One of the leading market prediction websites, Walletinvestor, predicts that the highest LINK will reach within the first 14 days will be $15.078, while the lowest during this period will be $13.136.

Chainlink seems quite weak right now, and the predictions do not suggest a big leap in January 2021 except that of Digitalcoiprice. However, analysts believe that Chainlink holds some critical use cases that should make LINK much more valuable in the future. However, care should be taken when investing, as it could be a long time before any real gain can be made.

Advertisement
Advertise with us
Read more articles related to this subject:
LINK
Notice: The information in this article and the links provided are for general information purposes only and should not constitute any financial or investment advice. We advise you to do your own research or consult a professional before making financial decisions. Please acknowledge that we are not responsible for any loss caused by any information present on this website.
Continue Reading... 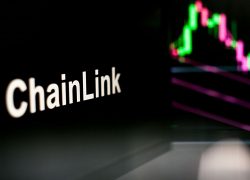 Chainlink (LINK) Price Prediction 2021: Market Analysis and Opinions
Chainlink is one of the well-known cryptocurrencies that has seen significant growth since early 2021. Now it has a market ca...
Published under:
Analysis
Chainlink LINK
Price at writing: $28.12
Now: $18.39 -34.60%
Read More 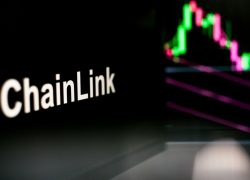 Chainlink (LINK) Price Prediction and Analysis in December 2020
Certainly, those who are interested in investing in cryptocurrencies are familiar with Bitcoin (BTC). However, there are altc...
Published under:
Chainlink Analysis
Chainlink LINK
Price at writing: $25.97
Now: $18.39 -29.18%
Read More 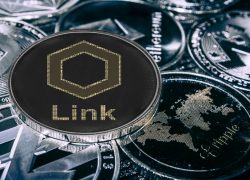 Blockchain Lottery Projects Are Picking up the Steam
By Denisa S. on Jun 23, 2021