Going by the recent bullish trend in the crypto space, here is Cardano price prediction for April 2021. Historical price analysis, technical analysis, market capitalization, and recent developments of this cryptocurrency are the main factors that an investor needs to consider.

Since its launch in 2017, Cardano (ADA) has never been a stranger to growth. At the end of February, ADA price hit a fresh all-time high, after it gained 720% since the beginning of the year following the crypto market rally across the board.

In February, ADA, which is the cryptocurrency behind the Cardano blockchain, surpassed other coins, such as Tether (USDT) and Binance Coin (BNB), to claim the third slot in terms of market capitalization, coming only after Bitcoin and Ethereum.

At the beginning of 2021, Cardano price was $0.18. Afterwards, the price surged for the better part of the month. Since its all-time high of $1.48 on February 27, Cardano price has been unstable, moving in a horizontal range but without the bulls or the bears taking control.

This Cardano price prediction looks at ADA’s recent performance as well as its recent developments.

Since the beginning of 2021, the major development witnessed on the Cardano network is the “Mary” upgrade, which took place at the beginning of March. This update turned Cardano blockchain into a multi-asset protocol, which allows users to create native custom tokens on the network.

The newly created tokens will run together with the ADA cryptocurrency on the same network. Thanks to the upgrade, the Daedalus wallet, which is the network’s wallet for ADA coins, can now send or receive Cardano native tokens. Moreover, Cardano now follows in the footsteps of Ethereum, which allows smart contracts on its network.

In the end, this will lead to a decentralized crypto economy. More activity on the network will even influence the Cardano price prediction in the coming months. Additionally, since Cardano supports the development of non-fungible tokens, this makes it a favorite crypto.

With these developments in mind, we expect the ADA coin to remain stable or bullish, as other coins struggle. Going by history, cryptocurrencies usually rally ahead shortly after a major upgrade.

In order to get a better idea of how the price of this cryptocurrency will behave in the future, we will analyze the opinions of the most reputable websites.

Walletinvestor is an online crypto forecasting service. Regarding Cardano price prediction in the next few days or weeks, it believes ADA can make a nice long-term investment. The platform predicts that by April 8, 2021, the ADA coin will be trading at slightly above $1.15.

Similarly, CoinSwitch, a globally recognized crypto exchange aggregator, foresees that ADA coin may rank higher to be among the top 10 cryptocurrencies by market size. According to them, ADA may hit $2 in 2022 and $3 by 2025.

Tradingbeasts predicts ADA price to hit $1.343 at the beginning of April. The coin is expected to reach a maximum of $1.690 and a minimum of $1.149. Towards the end of April, ADA will be trading at $1.352, according to Tradingbeasts.

Considering the technical analysis and the developments within the DeFi space, we expect Cardano to remain bullish for the better part of 2021. With its ability to solve issues of scalability and interoperability, our Cardano price prediction is that the coin will experience incremental growth over the years.

Overall, Cardano’s smart contracts will make it an alternative for Ethereum – the second-largest cryptocurrency. Besides, ADA is cheap compared to Bitcoin, which attracts many users to it.

Read more articles related to this subject:
ADA
Notice: The information in this article and the links provided are for general information purposes only and should not constitute any financial or investment advice. We advise you to do your own research or consult a professional before making financial decisions. Please acknowledge that we are not responsible for any loss caused by any information present on this website.
Continue Reading...

Cardano (ADA) Price Prediction and Analysis in May 2021
Following the recent bullish trend of the crypto space, we’ve prepared our Cardano price prediction for May 2021. As of...
Published under:
Analysis
Cardano ADA
Price at writing: $1.36
Now: $2.45 80.11%
Read More 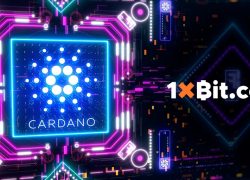 Featured
1xBit Adds New Crypto to the List – Be Ready to Gamble Cardano
If mining or staking became too much of a hassle, and forex trading doesn’t bring you joy anymore, then it’s time for you...
Published under:
Press Release
Read More 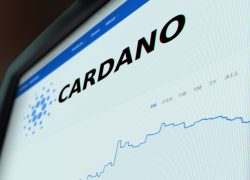 Cardano (ADA) Price Prediction and Analysis in March 2021
Following the recent bullish trend in the cryptocurrency arena, we’ve been persuaded to make a Cardano price prediction for...
Published under:
Cardano Analysis
Cardano ADA
Price at writing: $1.17
Now: $2.45 109.35%
Read More
We Recommend
Advertisement
Advertise with us