In today’s article, we will be examining price trends and market opinion to put forward a BitTorrent price prediction for October 2019.

BitTorrent is probably the most known decentralized protocol, developed in 2001 by Bram Cohen for peer-to-peer file-sharing. Three years, the BitTorrent Foundation was established.

BitTorrent, which has more than 100 million users, was purchased by TRON Foundation, the entity behind the Tron crypto, in June 2018, expanding its user base substantially.

In early 2019, Tron launched their own coin, based on the TRC-10 standard of their network, which is lower than the TRC-20 standard, as it lacks smart contract capabilities. The BTT token allows users to make payments for the file shared and access more bandwidth for faster downloads.

The BTT coin had one of the most impressive crowdsales of all time. During its IEO on Binance DEX, the BitTorrent cryptocurrency managed to sell for 7 billion dollars in 7 minutes.

After this huge success, two weeks later, the BTT soared from $0.000012 to $0.001, which meant that the investors who purchased the coin during the crowdsale had an ROI of 800%.

BTT has a total supply of 990 billion BTT, which will be divided into smaller increments for extra liquidity (considering the sheer number of tokens, however, liquidity shouldn’t be an issue).

There are over 50 exchanges that currently support BTT trading, including Binance, Bittrex, Huobi, Upbit, Bithumb, and HitBTC.

BTT started October at $0.000411, rising in the first part of the day to its maximum of $0.000434, then followed by some dips, but ultimately closing at the same value, it opened the day. October 2nd started with the same value and saw some growth towards the end of the day, closing at $0.000436.

In our BitTorrent price prediction, we will also be looking a bit at the coin’s relationship with bitcoin. From the charts, we can notice that most of the time, BTT tends to follow BTC’s price surges and dips. In terms of trading volume, BTT has been slowly recovering in the past three days, compared to the values it had in the previous weeks.

A project’s upcoming developments and road map can heavily influence the value of a coin, so we decided to include such an aspect in our BitTorrent price prediction.

The BitTorrent protocol has 117 public repositories on Github, but those that are about the BTT token are all private.

The team does not seem to have a proper roadmap, instead featuring more like a list of achievements. In Q1 and Q2 of 2019, the development team announced that they will be working towards completing the following roadmaps:

In recent months, Tron launched the mainnet of their BitTorrent File System (BTFS), which will enable BitTorrent users to upload, transfer, download, and store files through a peer-to-peer network. However, the BTT token has not been integrated into this system. Nevertheless, after the launch, BTT saw an increase of 10%.

BTT took a step back in terms of listings, as Binance removed the BTT/BTC trading pair from its platform at the start of October. It should be noted that the other BitTorrent trading pairs (USDT/BTT and BNB/BTT) are still available for trading on the platform.

Seeing as Bittorent is still rather new to the market and does not hold a higher ranking when compared to other altcoins, there are fewer short-term price predictions circulating online. The crypto sites with the most relevant BTT price forecasts have been included to feature the current market opinion.

Gov.capital based their BitTorrent price prediction of a custom algorithm derived from Deep Learning, considering factors, such as volume changes, price changes, market cycles, and other altcoin movements.

Based on historical price levels, Bitgur predicts that the price of BTT will fall from the support levels of $0.0004116 by October 30th.

This has been our BitTorrent price prediction for October 2019. Even if there is no method of accurately predicting the price of a coin, maybe some of the information we presented might help you in devising a trading strategy for BTT. 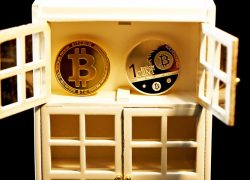 The Case for Measuring Cryptocurrency Value in Bitcoin
Bitcoin has obviously had a huge year in 2021. The price surged nearly 100% (before falling) and it has finally begun to rece...
Published under:
Analysis
Read More 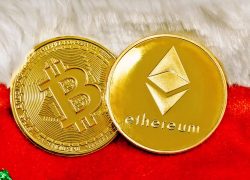 Will Ethereum Ever Flip Bitcoin
Supporters of Ethereum have been talking about Ether (ETH) flipping Bitcoin (BTC) almost since the inception of the cryptocur...
Published under:
Analysis
Read More
We Recommend
Advertisement
Advertise with us
Project Reviews