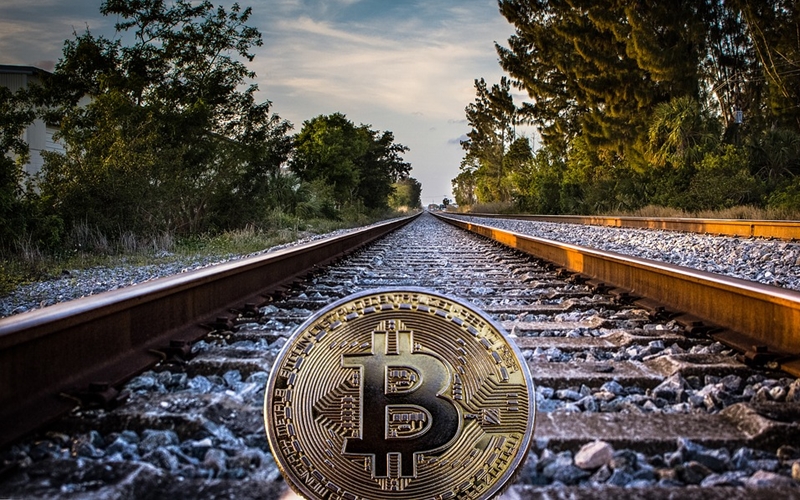 Bitcoin just had its 10th anniversary on October 31st, once more proving wrong all who ever doubted it and thoroughly cementing its place in the history books as one of the most important inventions of the 21st century.

With 2019 just around the corner, we thought we look at what the trend for the following year. In this article, we will look at Bitcoin’s past price patterns, its current market state, as well as what some of the biggest influencers in the industry have to say in terms of predictions.

Bitcoin came into the public’s attention in 2008, when Satoshi Nakamoto, whose identity remains a mystery to this very day, published the original Bitcoin whitepaper titled “Bitcoin – A peer-to-peer electronic cash system.”

One of the best aspects of Bitcoin is the fact that it’s decentralized, meaning that it doesn’t have a central authority controlling the number of Bitcoins in circulation. With the birth of Bitcoin, the world has also seen what the first blockchain can do. The blockchain is an incorruptible digital ledger of transactions programmed to record not just financial transactions but almost anything of value.

On January 3rd, 2009, Nakamoto successfully created the first Bitcoin block called “the Genesis Block.” Soon after, on January 12th, 2009, the first ever Bitcoin transaction was recorded on the blockchain between Nakamoto himself and Hal Finney, one of the most important earliest contributors.

Since then Bitcoin became more and more popular and has gained so much adoption to a point at which it utterly started dominate the market, a feat that’s still present today. With each passing year, Bitcoin became more and more impregnated in the public’s life, so much so that people can buy everything from food, plane tickets, vacation packages, to yachts, planes, expensive cars, and amazing mansions. 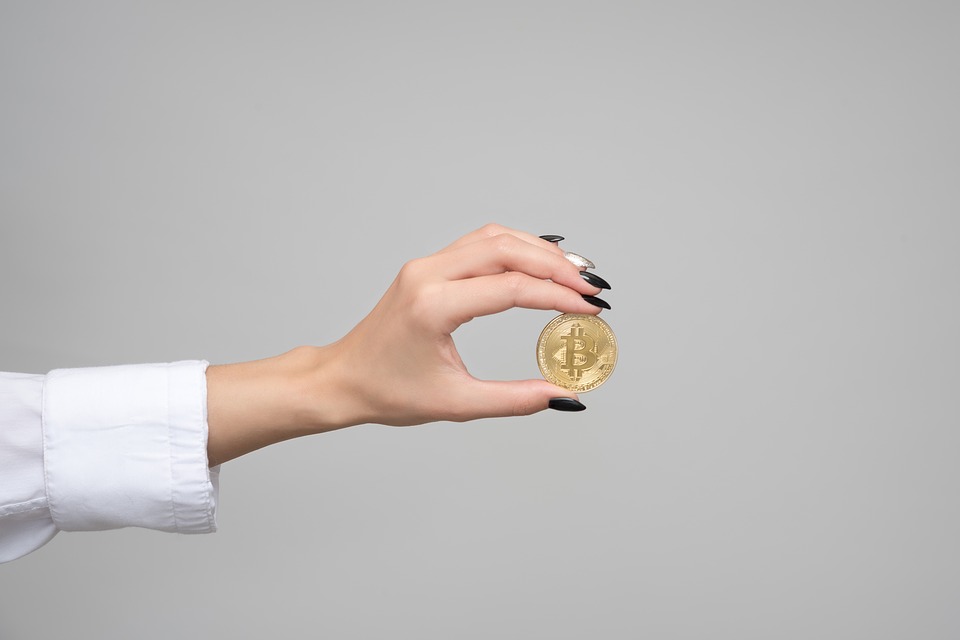 Without a doubt, Bitcoin had its ups and downs, as it’s almost common knowledge that the crypto market is anything but stable. May 22, 2010, marks an important milestone in Bitcoin’s history as it was the first time Bitcoin was used to buy physical goods. The programmer Laszlo Hanyecz bought two Papa John’s pizzas for 10,000 BTC which, at the time, were worth about $30.

On February 9, 2011, Bitcoin reached parity with the US dollar for the first time in its history which would end up starting a very complicated period of Bitcoin. Not long after, in the space of just a few months, Bitcoin’s price surged upwards of $30, only to plummet to $10,25 on June 12, 2011.

Then, the biggest security breach the world has ever seen happened at Mt. Gox in June 2011. The price fluctuated wildly and dropped once more six months later when Paxum stopped accepting it as payment. On November 28, 2012, the first halving of Bitcoin rewards occurred, and the price continued to climb into 2013, and it soon went past the $200 mark on April 9. The price dropped again to $109 in the following period and, on November 2013, it reached parity with an ounce of gold, at well over $1000. This rise was short-lived as the price tumbled again in the following month, to as low as $600. 2014 was an important year for Bitcoin, as Microsoft began accepting Bitcoin payments, launching the trend of global corporations accepting cryptocurrencies.

2017 was by far the most important year in Bitcoin’s history, as it marked the beginning of what is still regarded as the biggest bull run for Bitcoin and cryptos alike. Till this day, 2017 is regarded as the most prolific year for cryptocurrencies. On January 2, 2017, Bitcoin breached the $1000 mark once more. The following months were even better, as Bitcoin crossed the $3,000 mark by June 11. Bitcoin continued to work its way upwards despite the SegWit soft fork and the Bitcoin Cash hard fork. On September 2, 2017, Bitcoin surpassed the $5,000 mark.

Volatility showed its ugly face once more when China banned ICOs and crypto exchanges, and BTC’s price dropped to $3,000 once more. In October, Bitcoin went over $10,000 in value, and then even managed to breach the $11,000 mark. Amazingly, Bitcoin managed to gain even more value as investors started to take the market by storm. The launch of Bitcoin futures played a big role in this surge in price, helping Bitcoin breach the $20,000 mark, marking its all-time-high.

December 2017 came as a big disappointment for the community as Bitcoin’s price slumped once more to the $13,000 mark on the last day of the year. After its amazing run in 2017, it’s no wonder that many experts still regard 2018 as one of the most difficult years for cryptocurrencies, Bitcoin included.

There are many who believe that 2019 could just be the best year for Bitcoin and all cryptocurrencies. When it comes to financial predictions, history tends to repeat itself on most markets. However, making predictions for Bitcoin and the crypto market is a lot more difficult since it doesn’t have a lot of history, to begin with.

So, what are the Bitcoin price predictions for 2019? How high can Bitcoin price go in 2019? We will try to answer these questions by looking at what some of the best influencers and experts within the crypto field have to say.

John McAfee, the founder of the popular McAfee anti-virus software, is one of the biggest Bitcoin supporters out there. He made various headlines for his infamous price predictions and stated that he would eat his own genitals on national television if BTC does not hit $1 million by the end of 2020.

“BTC has accelerated much faster than my model assumptions. I now predict Bitcoin at $1 million by the end of 2020. I will still eat my d**k if wrong”, he declared on his Twitter page. Even though McAfee did not give a specific target for 2019, based on his former predictions, it would mean that Bitcoin would have to be worth just over 170,000 by the end of 2019 to be on track for hitting the $1 million mark a year later.

Michael Novogratz, the famous CEO of investment firm Galaxy Digital, declared that Bitcoin would finish 2018 somewhere between $8,800 and $9,000. Even more so, he expects BTC to break the $10,000 barrier “by the end of the first quarter of 2019.” The CEO told Financial Times in an interview in November that the price of BTC will go past the $20,000 mark after the aforementioned period.

Sonny Singh, the Chief Commercial Officer of Bitpay, seems to be on the same page as Novogratz as he too thinks that $20,000 is a reasonable price target for Bitcoin in 2019. Singh went as far as predicting that Bitcoin will never drop below $15,000 once the first prediction is established. The CCO also urged investors not to panic in a recent Bloomberg interview.

Anthony Pompliano is the founder of Morgan Creek Digital Assets. During 2018, he predicted that Bitcoin would eventually hit $50,000 but since then admitted he was wrong. Interestingly, Pompliano does not share the optimism of other crypto influencers regarding the upcoming year and says that Bitcoin will drop to $3000 and that the bear market is likely to continue until the third quarter of 2019, as described by this post.

“Bear markets continue to last longer — each bear market is measured from peak to trough during a prolonged drawdown period. […] If this comes to fruition, the crypto markets won’t begin recovering from the recent negative price movements until Q3 of 2019.”

Ronnie Moas has made one of the boldest predictions for Bitcoin’s price, namely that it will be reaching $28,000 by the end of 2019. In short, Ronnie Moas believes that the demand for BTC will increase with the decreasing supply.

Sad to watch the top 1% scare the crap out of you | separating you from your $BTC #bitcoin & keeping the gap between rich & poor | Reiterating $28,000 target for end-2019 | Do Not take a bet you can't afford to lose | I surround myself w/ #brightest minds & they all agree w/ me

Bobby Lee, CEO of China’s first exchange, the BTCC, shares another pessimistic price prediction for 2019. He recently said that it would take as much as 20 years for BTC to reach $1 million. Since then, Charlie Lee’s brother changed his views and now thinks that Bitcoin might reach its all-time low in January 2019 and would only start picking up late 2020.

All-around, the predictions for Bitcoin, as well as for the crypto market in general for 2019 seem to be positive. Many experts believe that Bitcoin’s price will rise once more, especially since the SegWit update, the platform will be able to process transactions much faster. Another reason why most experts agree that 2019 will be a bullish year for Bitcoin is the fact that Bitcoin will get even scarcer, thus, increasing its demand.

At this stage, it’s worth remembering that Bitcoin and other cryptos are still very much affected by speculations. Even small developments in some of the world’s countries could mean a great deal of good or bad for cryptos. In 2019, Bitcoin will probably be used more often by more and more people; its real-time use cases will most probably increase which will only make it even more powerful.