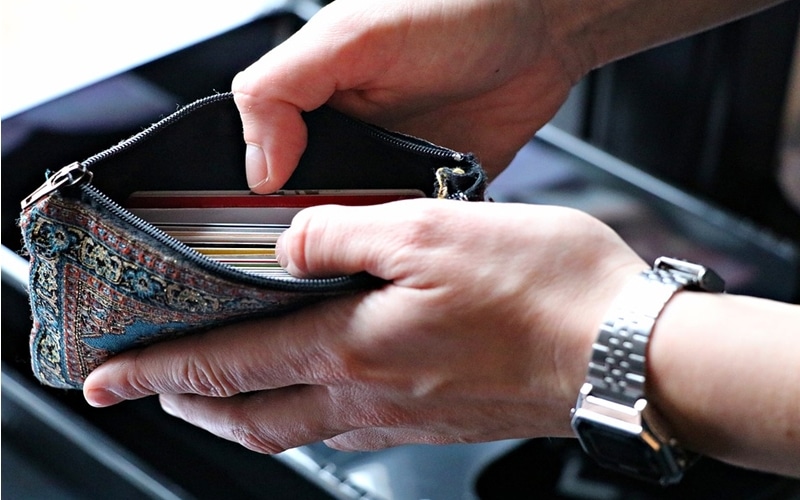 In today’s article, we will look at some of the best Bitcoin Cash wallets you should try in 2019 as well as at their features.

Bitcoin Cash is a forked coin from Bitcoin in 2017. If you are interested in purchasing and trading with BCH you will need a wallet to store your coins and send to and from other addresses.

In today’s article, we will be looking at some of the best Bitcoin Cash wallets to try in 2019. 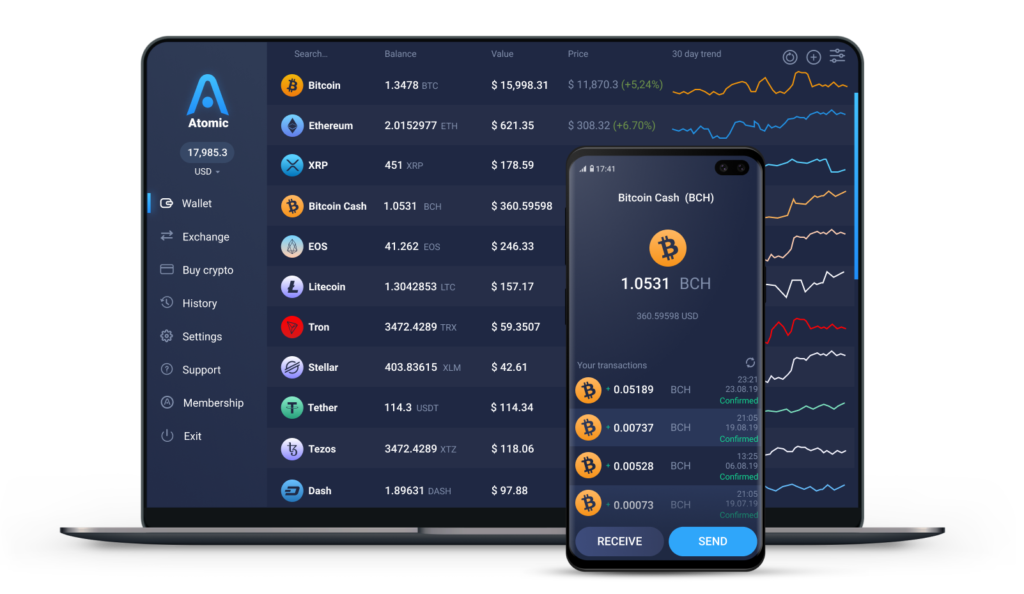 Atomic Wallet was created by the co-founder and CEO of Changelly, Konstantin Gladych, in 2017.  The wallet has a diverse list of supported assets, counting more than 300 cryptos. Users can store, send, and receive Bitcoin Cash, as well as buy with the coin with credit cards from Visa or Mastercard. There is also the option of converting Bitcoin Cash into other coins and vice versa directly from within the wallet.

Atomic Wallet does not have access, nor does it store your recovery seed, private keys, and passwords. All your transaction and user data are encrypted via an AES symmetric algorithm and never leave the device you are using to access your wallet.

You can download and install the wallet on devices running on Windows-64 bit, macOS, Ubuntu, Debian, Fedora, and if you are a mobile user, Android and iOS apps are also available.

Ledger Nano S is a popular hardware wallet which offers a secure storage option for a variety of coins and tokens. The wallet is highly praised for its security implementations, which ensures the security of your private keys by keeping them in a secure element secured by a PIN code.

It includes a two-factor authentication mechanism and the transactions can be manually verified via the OLED support by pressing buttons on the service. In addition to Bitcoin Cash, Ledger Nano S also supports Bitcoin, Ethereum, Litecoin and a long list of other cryptos.

Created by an Estonian company in 2017, the Guarda wallet is an open-source software that features compatibility over many devices and operating systems (Android, iOS, Web, Chrome extension, Windows, Linux, Mac OS).

This wallet can be used to store Bitcoin Cash and a multitude of other coins and tokens (40 and still counting).

All app versions of the wallet allow you to exchange coins directly by using Guarda’s built-in exchange and to purchase coins with fiat by using your credit card.

None of the users’ personal information or private keys are stored on Guarda’s serves, leaving you in complete control of your data and funds.

Trezor is Ledger’s no 1 competitor, as this hardware wallet also provides security for cryptocurrency by storing them offline, protecting your funds against malware and hacks.

The private keys are strongly encrypted, and the device can be accessed via the use of buttons and a built-in screen to check and validate your transactions. The Trezor can be used to store a wide list of coins including Bitcoin, Bitcoin Cash, Litecoin, Ethereum, Ethereum Classic, and many others.

Electron Cash is a forked wallet from Electrum. This Simplified Payment Verification (SPV) wallet for Bitcoin Cash can be backed up using a mnemonic seed phrase. The wallet can be run on desktop operating systems like Windows, OS X, and Linux as well as mobile devices with Android.

Electron Cash is a light wallet which makes it easy to access and use as you don’t have to wait for the entire Bitcoin Cash blockchain to be downloaded. The wallet also allows for multi-sig functionality which adds more security to your funds.

This desktop wallet can be downloaded for ­Windows, Linux, and Mac operating systems.

BTC.com is a web-based wallet and a mining pool launched in 2015 by Bitmain. It can be used on both mobile and desktop applications.

Bitmain Technologies is a Chinese company, known as the biggest player in the crypto mining industry. It allows the storage, sending and receiving of Bitcoin Cash and Bitcoin funds. BTC.com is compatible with both Android and iOS versions.

This hierarchical deterministic wallet enables the use of a master “seed” for retrieving lost funds, and also features multi-signature functionality as well as two-factor authentication.

Rahakott is a cryptocurrency wallet that enables users to easily manage their coins from anywhere they have access to the internet.

The most unique thing about Rahakott is that in order to log in you do not need an e-mail address, phone number or username; all you need is a mnemonic phrase. The wallet also features the two-factor authentication and supports the functionality of generating multiple wallets from one account and assign them for specific payments.

Rahakott is an “algoristic” wallet, which means that new addresses are generated each time a transaction is made in order to increase the users’ anonymity.

The wallet has a limited list of supported currencies: Bitcoin, Bitcoin Cash, Litecoin, Zcash, and Dash. 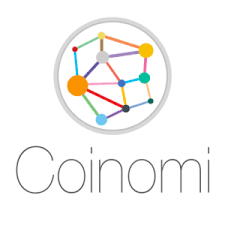 Coinomi is a popular wallet which offers multi-currency support. On this wallet, you can store a wide number of coins and tokens, including Bitcoin Cash, Bitcoin, Dash, Ethereum, Litecoin, etc. Its user-friendly interface can be used by anyone to conveniently send, receive and store cryptocurrency.

Coinomi is a light wallet, meaning you will not have to waste time waiting for it to load and sync with BCH’s blockchain.

Coinomi is a Hierarchical Deterministic Wallet, meaning that the private keys are kept only on your device, and a 15-word seed phrase will be generated upon signup. The phrase will be used to restore your funds in case something happens to the wallet.

You can also perform instant exchanges between cryptos in your wallet due to its ShapeShift integration.

This an HD wallet that supports multiple currencies and enables the user to retain control of his/her private keys by keeping them on the device. The wallet can be used on smartphones and desktop operating systems, being compatible with Windows, Linux, and OS X.

Jaxx can also be used on mobile devices that support Android and iOS in addition to the Chrome Browser extension. The wallet features a seamless interface which can be used even by novice traders, and it has a simple setup process.

Along with Bitcoin Cash, there are also supported a number of cryptos such as Bitcoin, Dash, Ethereum, Litecoi, and many others.

CashAddress is a paper wallet that stores the private keys of your cryptos offline by printing them on a physical piece of paper. This wallet is ideal for storing Bitcoin Cash for a long period of time, as it is not that convenient to access for quick trading. But keep in mind that this method has no recovery mechanism if you lose the paper.

With this, we conclude our article regarding the best wallets for Bitcoin Cash. It is recommended that you thoroughly research the security features of the wallet you are interested in before deciding to transfer your coins to it.