1xBit
Website
1xbit.com
Our Rating
Users Rating
( No rating )
Rate this Company
Advertisement
Advertise with us

1xBit is probably the most popular cryptocurrency sportsbooks online. The platform managed to earn such an impressive user base thanks to its highly professional services, competitive bonuses, as well as an astonishingly high number of supported sports.

Another reason why 1xBit is for most people the top Bitcoin sportsbook choice is the high number of supported cryptocurrencies. These include Bitcoin, Litecoin, Bitcoin Cash, Ethereum, Dogecoin, Dash, Monero, to name a few.

For starters, we are going to cover 1xBit’s game selection. 1xBit offers a staggering 3,590 different games from a broad spectrum of software suppliers, and with over 40 different sports available. The sports include American football, soccer, basketball, ice hockey, tennis, volleyball, baseball, bowls, boxing/ufc, darts, golf, horse racing, e-sports, snooker, and lotto, to name most of them.

The bonuses and promotions are a big part of why 1xBit is such a popular platform. Anyone looking to sign-up to 1xBit can expect big bonuses during the course of a year. Some users may even get lucky and score the flagship bonus which is a huge 100% first deposit bonus of up to 1 BTC. At the current time, this bonus is the biggest on the market.

The service does not charge a fee for withdrawals, however, the minimum withdrawal is 10,00 mBT.

The platform boasts a typical layout, quite similar to most other leading sportsbooks with the list of sports and events displayed down the left-hand side of the page and the upcoming sports visible in the center at the bet slip positioned on the right.

What’s more, the platform’s interface is designed to cater to a very broad audience. Hence, the platform can be displayed in 47 different languages easily selectable from the top-right corner.

Getting started with 1xBit

All users are required to select their account currency and provide a valid email address for signing up an account on 1xBit. The registration is incredibly straightforward, as the system automatically provides a password and an account ID. Users should note that once signed in, they have 72 hours to verify their account.

By now, it’s clear that the platform has a lot of pros, and, thankfully, not many cons. It has a huge list of sports to choose from, and extensive football coverage with competitive odds, attractive sign-up bonuses, and one of the best customer support teams in the industry.

On the downside, some users might find the service’s main page a bit cluttered, and there’s no direct call (phone) support for users.

1xBit is the world’s biggest gaming website and one of the most popular, hence, the conclusion can only be a positive one. 1xBit is a place where everyone can enjoy an unlimited gaming experience and the thrills of using cryptocurrency under a single roof.

1xBit has an unprecedented list of supported sports, amazing sign-up bonuses, a very good support team behind it, and it’s compatible with all the most popular devices and platforms, and it charges no fees for withdrawals.

Advertisement
Advertise with us
Read more articles related to this subject:
BTC
Notice: The information in this article and the links provided are for general information purposes only and should not constitute any financial or investment advice. We advise you to do your own research or consult a professional before making financial decisions. Please acknowledge that we are not responsible for any loss caused by any information present on this website.
( No rating )
Rate this Company
Continue Reading... 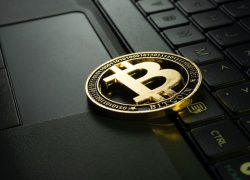 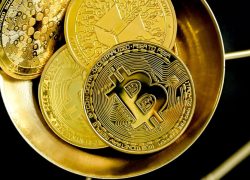 The Global Effect of Cryptocurrency on the Market
The extreme popularity and the ideal use of decentralized cryptocurrency convey the message of outstanding gains. But the cir...
Published under:
Analysis
Read More
We Recommend
Advertisement
Advertise with us